Helping Tenants and Landlords Resolve Issues — Before Going to Court 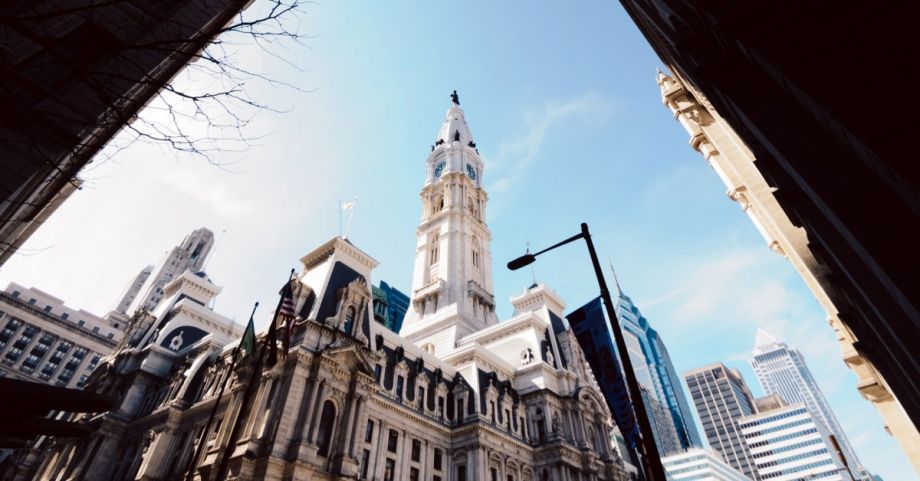 (Photo by Jose Fontano on Unsplash)

A while back, before the coronavirus pandemic began, Sue Wasserkrug, a program administrator at the Good Shepherd Mediation Program in Philadelphia, mediated a conflict involving a tenant and a landlord. The tenant’s unit needed repairs, so the tenant had gone ahead and done the work himself, assuming that he could deduct the cost from his next rent payment. But the landlord hadn’t authorized the work ahead of time, so she was demanding full rent. The case came to Good Shepherd through the tenant. Over a roughly two-hour session, Wasserkrug helped the landlord and tenant come to an agreement. As often happens in such sessions, the level of tension gradually dissipated. At the end, the parties put an agreement in writing.

“It was a question of working out exactly how much the tenant was going to have deducted from future rental payments,” Wasserkrug says.

In many cases, the stakes are higher. In the last few years, well-publicized research has shown that tenants who are fighting evictions in landlord-tenant court face terrible odds. In a typical case, landlords are usually represented by lawyers, while tenants are usually not — an imbalance that works in the landlord’s favor. That imbalance has sparked a growing movement to provide free legal counsel to tenants in those situations, a policy which a number of cities adopted last year. But the damages of an eviction can begin well before the hearing. Even in the event that a tenant wins their case against a landlord and the eviction doesn’t go through, just the fact that it was filed can damage credit scores and make it harder to find a place to live in the future. Now that the pandemic has sparked a sharp economic downturn, untold numbers of tenants in Philadelphia and elsewhere are newly vulnerable to financial and housing insecurity, and advocates worry that a wave of evictions could follow the lifting of an emergency moratorium that’s currently in place. Mediation could prove a tool to help prevent those evictions.

An eviction task force appointed by Philadelphia Mayor Jim Kenney recommended, in a 2018 report, that the city should “develop a venue for landlords and tenants to meet before an eviction complaint is even filed … [and provide] an opportunity to negotiate repayment of rent without generating legal costs for either party, and without introducing an eviction filing to the tenant’s record.”

Last fall, the city funded a two-month pilot of the pre-filing mediation program, which was carried out by the Good Shepherd Mediation Program, a 35-year-old nonprofit focused on neighborhood conflict resolution. The program, part of the Philadelphia Eviction Prevention Project, was free and voluntary, and relied mostly on referrals from legal-aid groups, says Sue Wasserkrug, a program administrator at Good Shepherd. And although the city-supported pilot was temporary, the group, which relies partly on volunteer mediators, still offers landlord-tenant mediation, funded through a range of donations and grants.

Since the pandemic began, the group has begun offering virtual mediation through Zoom. Wasserkrug says she hasn’t yet done any video-conference mediations, but she has done some over the phone. It can be tricky to try to mediate conflicts without being able to read people’s body language, she says. But in any circumstance, as a restorative-justice practice, the process can offer concrete benefits to both parties, Wasserkrug says.

Mediators act as neutral third parties, and their goal is to help clients — including landlords and tenants — identify and talk through problems they’re having, Wasserkrug says. And they help parties talk through grievances on both sides.

“It’s really all over the map,” she says. “People might be having trouble paying their rent, or there might be problems with the unit and so they want to get out of the lease, or they just want to negotiate an exit plan, or [tenants] are having a problem with the neighbor and the landlord isn’t doing anything about it.”

Ideally, the mediation leads to some type of plan that both parties can agree to, Wasserkrug says, but often, it pays off even before that, just by helping the parties communicate better. (Wasserkrug also discussed the mediation program on a recent Next City webinar.)

“It’s free. It’s way less stressful and more convenient [than court]. It causes a lot less disruption in people’s lives. It can eliminate the need for landlords’ units to go empty and for the possibility that tenants might become homeless,” she says.

Carolyn Brown, director of planning and evaluation for the city’s Office of Community Empowerment & Opportunity, says the pilot program came together quickly last October after the city received a $10,000 AARP Community Challenge grant. The Office issued a Request for Proposals and selected Good Shepherd to run the pilot. After it ended, Brown says, the Office began talking with the city Managing Director’s office about expanding it to a 12-month pilot using money from the city’s Housing Trust Fund. The Office of Community Empowerment & Opportunity had also begun to develop metrics to measure the success of the program, Brown says, including the number of mediator volunteers trained; the number of participants along with their age, race, income and census tract; the total number of disputes mediated (a “handful” during the two-month, city-funded pilot); and so on.

Brown says that with a voluntary program, it can be hard to get landlords to the table, but mediation could become more attractive to landlords during the coronavirus pandemic as more tenants struggle to pay rent. According to Wasserkrug, almost all of Good Shepherd’s cases used to come from tenant inquiries. But since the city began doing more targeted outreach during the pilot, the group has gotten many more inquiries from landlords.

The pandemic struck before the city’s Fiscal Year 2021 could be finalized. And now, as city officials are struggling with huge budget shortfalls, the mayor’s budget proposal includes cuts to some eviction-prevention services that advocates say are critical. Good Shepherd was hoping to scale up its mediation services for landlords and tenants under a 12-month pilot with the city, but is waiting on the budget outcome to learn whether it can do so.

In addition to the pre-filing mediation services offered by Good Shepherd, the city’s Fair Housing Commission (FHC) is starting to offer mediation for landlords and tenants prior to Commission hearings. Most cases at the FHC are initiated by tenants who are having problems with landlords who won’t make repairs or fix other issues. Rue Landau, who is executive director of the Philadelphia Commission on Human Relations and the Fair Housing Commission, says that landlord and tenant relationships break down for all sorts of reasons, and “resolving before they get to court is essential.” Not only do evictions put tenants at risk of homelessness, but the threat of eviction often keeps tenants from complaining about disrepairs, and contributes to the lack of affordable and habitable housing in the city, she says.

“There is a big power dynamic in landlord-tenant relationships,” Landau says. “Many tenants will do anything to keep a roof over their heads, which includes not complaining about significant repairs to a property, which is something that we really need to change in Philadelphia.”

In recent years, as rents have risen in Philadelphia, more people have begun trying to make a living as landlords, Landau says. And with an aging housing stock, the city has a “habitability problem” which some new landlords haven’t been prepared to address with timely repairs. Those repairs are critical, and part of a contract that landlords need to abide by, Landau says. And even though landlords have more power than tenants in most cases, mediation can help both parties understand and exercise their rights, without damaging legal and financial consequences.

“Mediation by a neutral third party, especially pre-court mediation, helps to balance that power dynamic,” Landau says. “When done right, you’re making sure that the tenant is not giving up any of their legal rights, and that landlords are protected as well.”

This story was produced in collaboration with WHYY and with support from Broke in Philly, a collaborative reporting project on solutions to poverty and the city’s push toward economic justice. Next City is one of more than 20 news organizations in the collective. Follow us on Twitter @BrokeInPhilly.