Is Tenants’ Right to Counsel On Its Way to Becoming Standard Practice? – Next City

Is Tenants’ Right to Counsel On Its Way to Becoming Standard Practice? 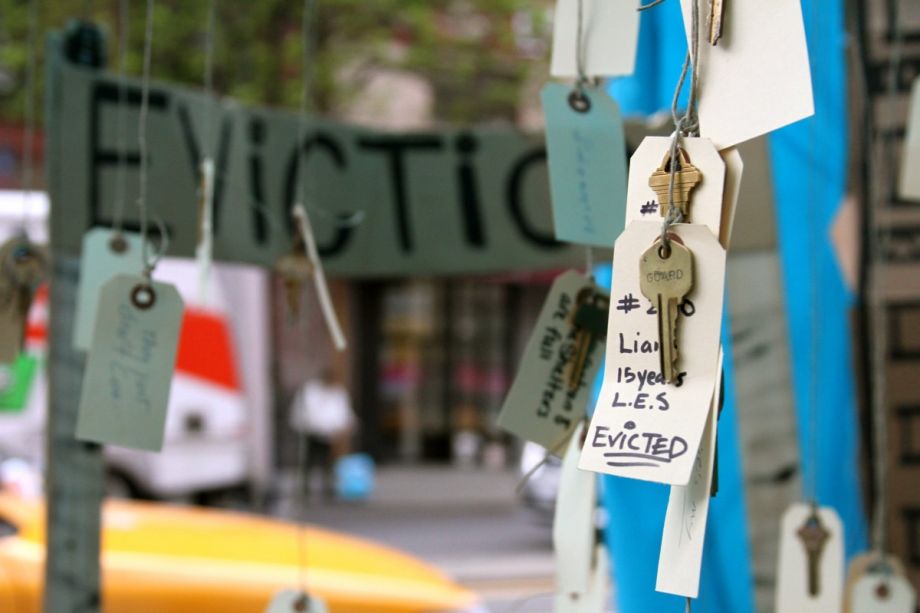 Two years after New York became the first city in the United States to guarantee legal representation for every tenant facing eviction, four more cities have followed suit, and a bill has been introduced to Congress that would help provide lawyers in even more cities.

This fall, lawmakers in Cleveland and then Philadelphia passed their own versions of a “right to counsel” law for tenants. Previously, voters in San Francisco had approved a right to counsel law via ballot referendum in 2018, and Newark’s City Council approved legislation late last year as well. The laws are meant to correct a common in balance in landlord-tenant courts, where the vast majority of landlords benefit from legal representation while tenants are often left on their own to figure out what rights they have in trying to avoid being evicted. Research has shown that tenants usually lose their cases when they are unrepresented, but stand better chances when they have lawyers on their side. Research has also shown that eviction is a deeply disruptive and destructive event in a tenant’s life that, in the words of the Eviction Lab at Princeton University, “is not just a condition of poverty, it is a cause of it.”

“The problems are the same everywhere,” says John Pollock, coordinator of the National Coalition for a Civil Right to Counsel and a staff attorney with the Public Justice Center. “The eviction mill problem, the unfairness of the results, and most importantly the dire circumstances people face … You can lose virtually everything if you lose your house: Your kids, your job, you could wind up in jail. It just keeps going.”

The National Coalition for a Civil Right to Counsel advocates for free legal representation, like the kind federally guaranteed to defendants in criminal cases, in a range of civil cases — not just housing. But lately, as research has clarified the breadth of the eviction crisis in American cities and the depth of harm to tenants who experience it, the movement for a right to counsel for tenants has picked up momentum, Pollock says.

“Five cities in three years is nothing short of miraculous, when you consider there wasn’t a single one before New York,” Pollock says. “What we’re talking about now is not just isolated incidents — this is a movement.”

In December, Congresswoman Rosa DeLauro (D-CT) introduced a bill called the Eviction Prevention Act, which would authorize $125 million in grants to cities and states to pay for eviction-court representation for tenants who earn under 125 percent of the federal poverty line. Under the legislation, which was introduced with six co-sponsors from around the country, jurisdictions that have approved a right to counsel would have priority for funding.

“As rents skyrocket and incomes flatline, the affordable housing crisis has become an eviction crisis,” DeLauro said in a press release. “Working people and their families deserve a safety net that can help keep them in their home, and that is exactly what the Eviction Prevention Act aims to do.”

Each city has adopted a somewhat different version of the law. And the process of moving from the advocacy stage to establishing a legal right has varied as well. In Philadelphia, two city council members held a hearing on the eviction crisis in March of 2017 and, helped secure $500,000 in the city budget to pay for legal representation for some tenants. The Philadelphia Eviction Prevention Project gave tenants some legal self-help services and helped build the case for expanding free legal representation. Last year, the Philadelphia Bar Association sponsored a study which suggested that guaranteeing a right to counsel for all tenants would cost $3.5 million a year, but save the city $45.2 million in related spending on homelessness, education, and courts, as Next City reported. Eventually the city council passed a bill that covers legal representation for any tenant facing eviction who earns less than 200 percent of the federal poverty line. Almost a quarter of Philadelphia’s residents live below the poverty line. In 2016, landlords filed to evict tenants more than 22,000 times, according to a city task force on eviction.

“Evictions cause an unending economic cycle that only worsens over time,” said Barrett Marshall, an attorney at Community Legal Services in Philadelphia and director of the Philadelphia Eviction Prevention Project, in a statement after the bill was passed. “We are confident that a right to counsel can address many of the systemic harms caused by eviction and truly set the City on a path toward greater equity for low-income people and equal courts access for all Philadelphians.”

In Cleveland, the Sisters of Charity Foundation launched a program a few years ago called The Innovation Mission, sponsoring a series of fellowships for people who had “big ideas” for fighting poverty. One of those fellows was Hazel Remesch, a supervising attorney in the housing practice group at The Legal Aid Society of Cleveland, who spent time on her fellowship researching providing legal aid to tenants facing eviction.

“In the legal aid community, we have always seen the value of having representation when your basic human needs are at risk,” Remesch says.

Around the time that Remesch began the fellowship, the Cleveland Tenants Organization ran out of money and disbanded. So one of the things Remesch worked on was convening an advisory group to help shape and advocate for a right to counsel for tenants. The city council president, who eventually introduced the legislation to create a right to counsel, was a key ally, Remesch says. And so were other institutions.

The United Way of Greater Cleveland was selected by the city to administer the program. The group is currently in the early stages of bringing stakeholders — landlords, tenants, philanthropies, public officials — together to “collaboratively design a process with everybody’s voice at the table,” says Andrew Katusin, director of basic needs for the United Way. The United Way’s role as “Lead Partner Organization” in Cleveland means it is responsible not only for seeing that the law benefits tenants who need legal representation, but also for showing that the program has a “return on investment” for the city in the form of lower spending on social services, Katusin says. The group also hopes to be able to help provide other support services to low-income tenants who get lawyers under the new law, because, as Katusin says, “eviction is the manifestation [of poverty], but it isn’t the only thing on the client’s to-do list.” United Way leaders in three other cities have also reached out to Cleveland to learn about advocating for and coordinating a right to counsel law in their own cities, though Katusin wouldn’t say which.

Coalitions of local advocates and stakeholders are key to getting the laws approved, says John Pollock. The San Francisco chapter of the Democratic Socialists of America were instrumental in getting a right-to-counsel law approved on the ballot there, Pollock says, and the DSA in Boulder, Colorado, is gearing up for a similar effort, he says. The Massachusetts legislature is considering a bill to establish right to counsel statewide, and efforts to establish the law are underway in Los Angeles, among others.

“There’s no question, too, that each city benefits from the momentum we built in other cities,” Pollock says. “They are able to leverage what other cities have done and say, ‘Why can’t we?’”

“I’m seeing nothing but forward momentum right now,” he says.