Daniel Zarrilli, New York’s Director of Resiliency, on Future-Proofing the City – Next City 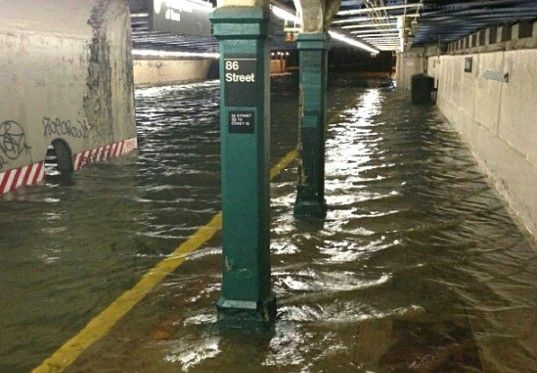 After Hurricane Sandy hit New York last year, the Bloomberg administration began working on plans for how to shore the nation’s largest city up against future disasters, as well as the long-term threats of climate change. Much of this responsibility rests on Daniel Zarrilli, director of resiliency in the New York City Mayor’s Office, who will speak on a panel today at SXSW Eco, in Austin, Texas, with Next City Executive Director Ariella Cohen.

We called up Zarrilli last week to talk about these efforts. Our conversation began with Seaport City, an idea for coupling real estate development with anti-flooding and climate change infrastructure in Manhattan’s Financial District.

Next City: On the eastern side of the Financial District, how much of the coast line are we talking about?

Daniel Zarrilli: It’s a little over a mile, roughly from Whitehall Street at the very lower tip of Lower Manhattan to about Rutgers Slip [on the Lower East Side]. To put it into context, the city has about 520 miles of shoreline, so that is one of many initiatives we’re pushing forward across the entire city.

Zarrilli: I think it simply comes down the passage of the Clean Water Act, and the environmental and federal regulations. Landfill has been in decline, or even really was stopped — the last big landfill project in New York Harbor was probably Battery Park City, and that was of course back in the ’60s and ’70s. There’s been an aversion to it for environmental reasons, but I think Sandy may have changed the conversation in some ways.

NC: Have you guys spoken with the EPA, or are you not at that stage yet?

Zarrilli: We’re not at the stage of getting into detailed conversations with the EPA. We do anticipate over the next couple months as we conduct the study that we’ll be reaching out to the regulatory community to engage them and not just show up at the end of the study with a concept.

NC: What are some other things beyond Seaport City you’re looking at?

Zarrilli: That gets all of the attention, because we did a nice, pretty rendering and it’s a big project, but really that’s one of 257 initiatives that we are advancing as part of the city’s resiliency plan. We’ve laid out a multiple-lines-of-defense approach where we want to upgrade our coastline so that we can resist four of these sort of these risks on the coast itself. And that’s increasing our coastal edge elevation, minimizing upland wave zones, protecting against storm surge.

But acknowledging that we can’t stop all those risks on the coast, we also have to look inland, away from the coast. Building code changes are generally for new construction, but for existing buildings — and there’re a million buildings in NYC, 68,000 in the 100-year flood plain alone — we’re setting up incentive programs that can help owners do the things they need to do in order to make their buildings safer, including raising their electrical and mechanical equipment, their building systems, getting those things out of the flood plain so that next time water can come in and go out, but it doesn’t just destroy your electrical panel, and now you’re out of service for weeks.

We’ve worked with the Army Corps of Engineers to pump a lot of sand on the beaches, over 600,000 cubic yards in the Rockaways alone, another 3 million coming by next May. Six of the building codes bills have been signed into law, and there are more that are moving through the city council as we speak.

And then there’s the national flood insurance program. Within the Sandy-impacted region, people are trying to make decisions on how to rebuild their homes, what elevations they should be at, other questions like that. Because the maps are being updated through 2015, the flood plain is expanding so more people are finding themselves in the flood plain. Where the 1983 maps had 218,000 residents in the flood plain when Sandy hit, now with the latest information from FEMA we’ve got almost 400,000 people living in the 100-year floodplain. These are existing buildings that were not built to be floodplain-compliant, are now going to be pulled into the program, and they’re facing substantial premiums to be able to carry flood insurance.

NC: I think Mayor Bloomberg might have ruled out some of the levees in the harbor and things farther out into the water, right?

Zarrilli: A lot of people have been throwing ideas around about big surge barriers out in the middle of the harbor that can protect the whole city, and ultimately there were a couple fatal flaws to that concept: One is the cost could be prohibitive on projects like that. We’re looking at a cost of $20 and $25 billion, and we don’t have that. And if we did, those sort of solutions don’t address all the risks, those gates need to stay open for much of the day because there are ships coming in and out, so it doesn’t address some of the longterm sea level risks.

It also builds a false sense of security, or a sense of complacency — there’s going to be a big wall, so let’s not do the other things we need to do to improve our building code, to improve our infrastructure and protect our key networks. Because hey, we’re just going to close the wall when the storm comes in. Well, that may not be the right approach because walls can be overtopped.

So, multiple lines of defense, I think, is a much more robust, redundant, resilient approach.

NC: Have you guys seen a lot of voluntary steps by developers to increase their buildings’ resiliency?

Zarrilli: Well, I think “voluntary” is maybe a subjective word. There’s a lot of insurance companies that are requiring actions consistent with core resiliency measures in our report. And how do you get your boilers and generators out of the basement so it’s not subject to that flood risk? Some of it’s coming from the insurance companies, some of it is just coming because tenants are demanding that sort of service and not being knocked out of service. I’m sure there’s some market risk there as well, of landlords not wanting to lose their rent rolls over a future event like this as well.