5 Ways U.S. Cities Are Paying for Parks – Next City 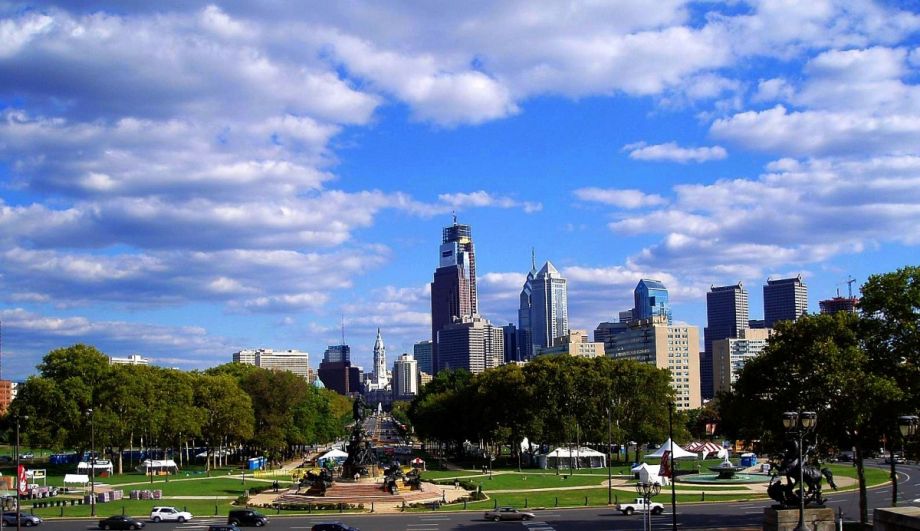 (Photo by Lee Cannon via Flicker)

It’s no great secret that one of the biggest challenges faced by city parks today is finding the cash to create them, maintain them and keep them running. Despite the proven benefits of greener cities and the increasing demand for great community spaces, public dollars for funding parks have been increasingly hard to come by.

But rather than simply cutting already-tight budgets, many cities and park advocacy groups are getting creative, rallying around new revenue generators, or mobilizing private monies in innovative ways. Take Philadelphia, which just last June passed a soda tax that will raise some $300 million for Philly’s parks, libraries and rec centers.

Several places had tried before to pass similar sugary drink taxes as a way to bolster city coffers and improve public health; all but Berkeley, California, were unsuccessful. Philly’s win, says George Matysik, executive director at the Philadelphia Parks Alliance, was in large part because Mayor Jim Kenney was so vocal about spending the revenue from the tax on city projects the public craved, specifically parks and universal preschool.

“This was the first time we’ve had the political will beginning at City Hall, with the Mayor laying out a clear agenda with these priorities,” Matysik says. “And we worked hard to have an outside coalition ready to rally around that agenda. That combination of political will and the advocacy arm working in tandem got us to victory.”

In Seattle, a major funding win came through a different sort of political victory, when citizens voted to create an independent Seattle Park District with the power to tax residents. The idea of a metropolitan park district in itself isn’t a new one — neighboring cities like Tacoma had employed similar models for nearly a century — but for Seattle, the newly granted authority to levy taxes (currently $0.33 per $1,000 of residents’ assessed property value) has been key in helping pay for park maintenance and operation.

“It’s been a huge weight off the shoulders of the city,” says Tyler Emsky, legislative assistant to Councilmember Debora Juarez, chair of the Parks, Seattle Center, Libraries and Waterfront Committee. “Without it, we definitely would have had to make very tough decisions down the road dealing with the level of service we’re giving to citizens and maintaining all that vibrant green space that’s so important to people’s lives here.”

Of course, levying new taxes isn’t going to be an option in every community, notes Catherine Nagel, executive director of the City Parks Alliance, a national urban parks advocacy organization. “There’s no silver bullet,” she says. “Every city needs to find its own method that makes sense for that city.”

In fast-growing Houston, the almost decade-old Houston Open Space Ordinance smartly tapped into the city’s construction boom by dictating that any developer building within city limits must either create parkland or pay a fee to the city’s park fund. Since that ordinance passed, the Houston Parks and Recreation Department reports, more than $34 million park dollars have been created.

Another notable funding plan has come from St. Louis, where the private nonprofit Forest Park Forever entered into a game-changing partnership with the city in 2013. The 30-year-old agency, long a key player in funding the 1,400-acre, nationally lauded Forest Park, agreed to raise $100 million in endowments for the park and buy $30 million in city bonds that would pay for capital improvements. The city will pay the group back, with interest, over the course of 30 years with money made from existing taxes and park revenue. The agreements not only cemented the agency’s shared role in the planning and running of the park, says Lesley Hoffarth, the president and executive director of Forest Park Forever, but also guaranteed both the cash to fund upcoming projects and the city’s commitment to funding the park in the future.

“The bond transaction was especially important,” Hoffarth says, “because as we put more private dollars into funding the park, we wanted to make sure that the city stayed there, too, that they didn’t start appropriating funds for the park for other needs.”

Even as park advocates all over the country continue to struggle with that very issue, Catherine Nagel believes there’s reason to remain optimistic. “Despite the fact that many cities continue to see funding cuts for city parks and recreation budgets,” she says, “it’s heartening to see how the growing demand for parks is driving innovative approaches to funding.”