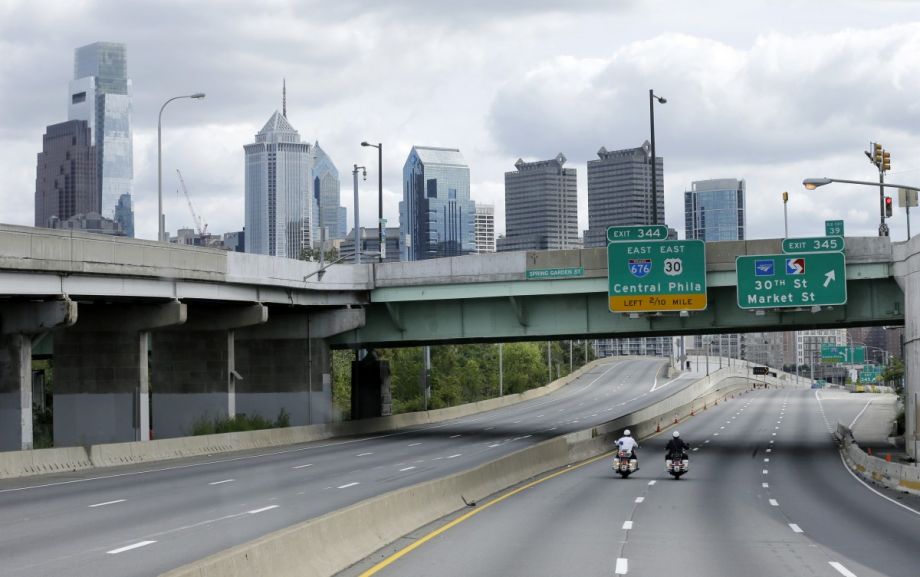 Partnering with nonprofit Congress for New Urbanism (CNU) on what was dubbed the Every Place Counts Design Challenge, the agency held workshops targeting challenges common in many American cities. Spokane’s working-class East Central district was split in half by I-90, and I-40 all but obliterated Nashville’s Jefferson Street music district. In Philadelphia, I-676 cuts off Chinatown from a neighborhood to the north that the vibrant community is expanding into. I-94 wiped out much of St. Paul’s Rondo neighborhood.

When DOT announced Every Place Counts in May, and called for cities to bid for one of the summer stops, Secretary Anthony Foxx said, “This Challenge asks communities to reimagine how they can be better connected, and empowers them to design innovative transportation projects that serve everyone that lives there. We are excited to work with thought leaders who share our focus on designing a 21st-century transportation network that is built by, for and with the communities impacted by them.”

Applicants were asked to “assemble a ‘community team’ of elected officials, transportation professionals and a cross-section of community residents, as well as provide a descriptive narrative of a transportation infrastructure challenge that limits access to social or economic centers and other essential services.”

Given that the small-grant program went from applications to completed in about two months (unfathomably fast by federal standards), the whole thing read a bit experimental. CNU’s involvement, according to DOT Chief Opportunities Officer Stephanie Jones, was owing to the agency not having “the in-house expertise … yet.”

Her “yet” was cryptic. Will DOT scale up Every Place Counts? The answer’s tough to nail down in a presidential election year. The effort is part of one of Foxx’s signature initiatives, the Ladders of Opportunity program, which Jones heads, and Foxx doesn’t know if he’ll still be Secretary of Transportation next year. It is just as likely DOT abandons this program as it is that they double down on it.

Two of the workshops, the one in Philadelphia and the one in the Twin Cities, hint at the potential positive impact as well as the challenges of Every Place Counts.

According to CNU facilitator Nathaniel Hood, the Minneapolis workshop was primarily “about reusing a railroad bridge to help add an additional connection to a cut-off neighborhood.” Meanwhile, St. Paul participants gave input on the redesign of a major and imminent bridge reconstruction project. Their ideas, according to Hood, were ambitious — and included sandwiching business incubator space between I-94 and Old Rondo Avenue, and more striking still, a surreal vision of parting the Interstate like an island in a river.

Unified vision is one thing, and paying for it is another of course. According to Hood, while participants (including transportation officials) were in agreement, there weren’t any major funders or politicians in the room. In the end, Hood says, “This gives me the fear that time was spent creating a great plan that will never see the light of day. In other words, without political action, the plan’s development may be an act of futility.”

Concepts for designing around Philadelphia's I-676

However, funding was not as much of a sticking point in the Pennsylvania city. This was due partly to scope — dealing with the cutting I-676 is much more long-term in nature — and partly because local politicians and funders took an interest in the DOT workshops. (Indeed, partial caps are currently being built across a stretch of I-676 a mile to the west.) The more significant problem in Philadelphia: leadership. Would local players be willing to step up and be drivers of the development of plans?

According to Jones at DOT, Every Place Counts was meant to help each city “increase community involvement.” Yet, Hood notes, the Minneapolis meeting was mostly populated with “professionals who worked in transportation and urban planning, both in the public and private sectors.” This reporter observed the same thing first-hand in Philadelphia.

True engagement undoubtedly requires much more than two-day workshops. The good news is that the Philadelphia event included two open houses, and both were quite crowded. Mostly, DOT and CNU facilitators heard a recap of a preexisting resident consensus about I-676. But participants did note that the program was successful, if not in its stated goals, then by drawing interest toward a problem highway and getting people out and talking.

For DOT, the event was a media and PR win, a win for each of the four affected cities, and one for highlighting placemaking as part of the agency’s policy agenda. After all, each stop of the Every Place Counts tour echoed Foxx’s words in May about infrastructure barriers to opportunity and amplified his underlying message: People have to live in and around major transportation infrastructure, and their voices need to be heard when designing it.

Based in the Philadelphia area, Stephen Stofka is a freelance reporter interested in architecture, urban affairs, and the intersection between art and technology.

Follow Stephen .(JavaScript must be enabled to view this email address)