Foraging Is Flourishing in Baltimore, for Rich and Poor – Next City

Foraging Is Flourishing in Baltimore, for Rich and Poor 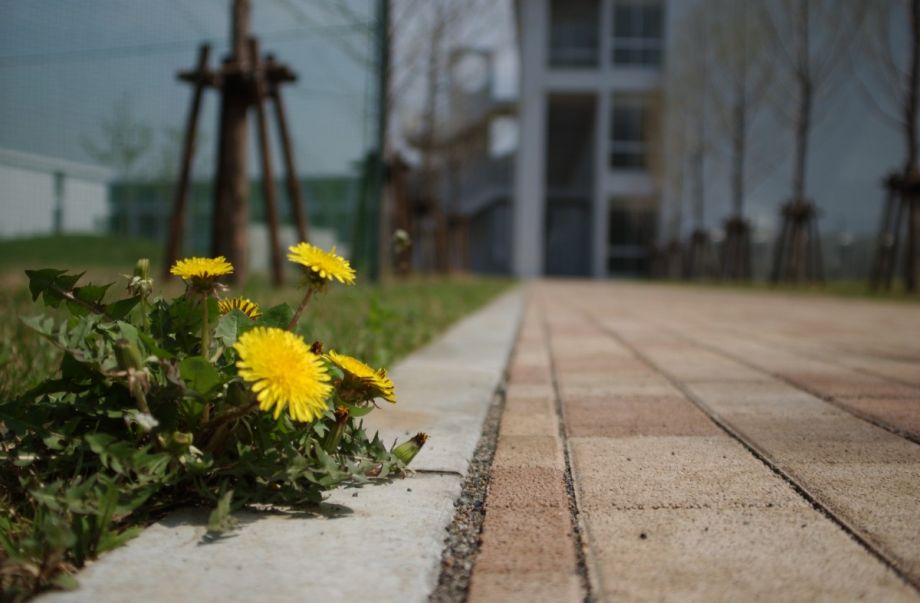 If you were thinking of places to harvest edible wild plants, urban Baltimore might not make your list. But maybe it should.

“In urban areas, almost everything that grows there is tough as heck,” says Victoria Greba, a farmer and forager who has taught primitive skills classes at Baltimore’s Charm City Farms, a folk school that teaches environmental skills. Whereas foraging in more pristine woodlands might damage sensitive ecosystems, cities are already shaped by human activity, even down to the greenery. Many popular edibles, like dandelions, are considered weeds. Greba says that makes them ideal for harvesting.

“I think actually urban areas are a great place for people to begin that relationship and that interaction with plants. Because plants that get called weeds are so compatible with humans. You just scratch up a piece of dirt, weeds will grow. And they’ll grow fast, and they’ll grow plentiful.”

But, says Greba, though she didn’t squirm when she reclaimed roadkill for meat and hides, she did worry when she collected wild foods in Baltimore. “Those lots are just so used over the decades,” she says, referring to the city’s vacant land and deteriorating housing. How safe is it to eat plants growing in environments like that?

That’s a question researchers Keeve E. Nachman and Marla R. Emery ultimately want to answer. Nachman, assistant professor at the Johns Hopkins Bloomberg School of Public Health, has studied chemical exposure risks in urban farms and gardens. Emery has long studied foraging in the rural United States. When, in the mid-2000s, she noticed that urban foraging appeared to be on the rise — helped along by the occasional celebrity chef endorsement — she started to study the phenomenon in cities like Seattle and New York.

“Right from the start, one of the strong concerns that we heard from [parks] managers there in New York was a concern that people might be exposed to high levels of contaminants from consuming plants and mushrooms foraged in these urban environments,” says Emery, a research geographer for the US Forest Service.

Together, she and Nachman want to assess that risk in Baltimore. First, though, they had to answer a more basic question: What’s the nature of foraging in Baltimore today? In a joint study by the Johns Hopkins Center for a Livable Future and the U.S. Forest Service, the authors interviewed 105 foragers about their habits. Nachman thinks that’s the biggest sample of foragers studied in a single city. Researchers asked about the timing, location, and quantity for up to five of the foragers’ most frequently collected fungi and flora. They also set out to paint a picture of who is foraging in the modern city.

“Overall we did find that people were more highly educated, or a larger fraction of them did have a college degree,” says Nachman. Respondents were 91 percent white, 59 percent female, and 78 percent had at least a bachelor’s degree. “But we did find quite a spread among incomes.”

They did not forage equally, however. Poorer respondents reported that foraged foods made up a greater percentage of their diets: on average, over three times more for a respondent earning between $20,000 and $40,000 than for one earning over $100,000. The lowest- and highest-income respondents also tended to harvest the largest number of species, compared to middle earners. Low-income foragers harvested the greatest diversity.

“It’s to me an intriguing finding: In a post-industrial city, and then again in a city in central Africa, we’re finding a similar correlation between income and the amount of foraging,” says Emery. She and Nachman say they can’t draw any definite conclusions from that data, but suggest higher-income people may have more time at their disposal, whereas low-income people may be more reliant on the cheap source of vitamins.

“A lot of Americans have trouble getting greens in our diets, because it’s expensive,” says Greba, who took part in the study and estimates that while she lived in Baltimore, she was able to grow or harvest 80 to 90 percent of the vitamins she consumed. But, she says, that probably only accounted for about 10 percent of her caloric intake. For someone deeply committed to the outdoors as she is, the time and energy necessary to do that kind of tending and foraging is well worth it, but she can see how it would be difficult for others.

The study found that over 170 unique taxa (meaning genus or species) were being harvested in Baltimore. The five most commonly foraged plants by volume were dandelions, pokeweed, stinging nettle, garlic mustard, and mulberry, a catch-all term that encompasses a large group of wild plants. The most commonly foraged fungi were maitake, chanterelle, chicken of the woods, and morels.

Respondents also told researchers where they foraged — with the promise of confidentiality. (Some, out of fear of over-foraging, trampling, or depletion, wouldn’t give up their spots.) Maps included in the study show that foraging occurs in 49 of Baltimore County’s 71 zip codes. The majority, almost three quarters, were in deciduous forests, followed by areas designated as open urban land, including parks and golf courses. The highest concentration of foraging sites, it turned out, were in green spaces right in Baltimore City, not far from Johns Hopkins.

When she lived in Baltimore, Greba mostly foraged in partially managed, partially forgotten green spaces, like the areas around baseball fields, or on the edge of community gardens, where weeds can thrive undisturbed.

But cities sometimes spray these semi-wild spaces with herbicides, usually with an eye toward managing invasive species. And since most edibles are weeds, managers of urban green spaces might be trying to eliminate the very species people are trying to harvest. Emery and Nachman say their study could help point the way toward new park practices.

“In most urban parks, foraging is prohibited,” says Emery. “But parks managers are increasingly seeing that this is an activity that is connecting people in very direct and intimate ways to their parks, and making them potentially strong allies for parks departments.”

Which leads them back to the first question: is it safe? Nachman says chemical exposure is dependent on a lot of factors, including where plants grow, how much is consumed, and how they’re prepared. This study will pave the way for future research that could answer the health question in greater detail.

Meanwhile, risks or no, people are foraging in Baltimore, and it’s making them happy. Respondents reported that the greatest benefits they get from foraging are a connection to nature, and a feeling of well-being. Emery says, “That’s of course something that parks managers want to promote.”