Flint Rep: There Are No Throwaway Cities – Next City

Flint Rep: There Are No Throwaway Cities 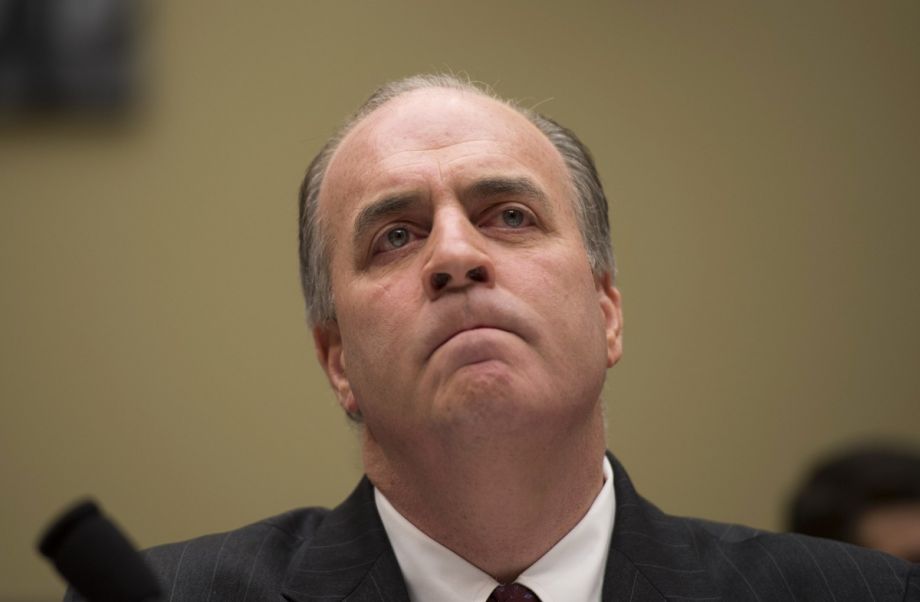 Dan Kildee pioneered what he once described as an “emergency room strategy” to deal with blight and a shrinking tax base in Flint, Michigan, when he served as Genesee County treasurer and president of the local land bank. Now, the Democrat represents Flint in Congress. Amid the city’s recent water crisis, I talked to Kildee about ways to “fix” his hometown, how suburbs prospered at the expense of cities, a possible run for governor and more.

How do you respond to people who argue that Flint is too dysfunctional to fix? That maybe it’s time for the people still there to just move on?
What kind of message does that send? At what point does a city become a throwaway city? My answer is never. Cities can change, but the very idea that we would decide consciously to create a throwaway city is a morally bankrupt approach.

Why is Flint worth saving?
Cities are the essential drivers of economies. Throughout history, cities have been the places where innovation takes place, invention occurs and ideas are commercialized. There’s something about proximity that inspires human creativity.

Cities matter, but our public policy has actually pretended that all land forms are equal. If somebody wants to build on a farm field instead of build on a brownfield it’s okay. Development is development is development. It’s just not true. That kind of expansion of the built environment is only the relocation of wealth and economic activity. We undermine the sustainability of cities, and we grow the costs of government for everyone. That’s a mistake.

How did Flint and other older, industrial cities get to this point?
The assumption is that they’ve had incompetent or corrupt management, and that they have legacy costs that are too big for the city. But it was almost entirely a result of decisions made at the state and federal level to undermine the economic viability of these cities in the first place.

All of these policy questions that have to do with how we organize public services had a bias against older communities that are trying to find their path forward in the new economy. There’s just a built-in bias to virtually all public policy related to growth and development.

Regardless of how the city got there, the pension and healthcare legacy costs for retired city workers eat up a big chunk of Flint’s budget every year. It leads to police and fire department layoffs, and cuts to city services. Other than waiting for retirees to die, how can Flint address this problem?
I think having a municipal finance system that is not so completely dependent on only locally generated tax revenue is really important.

It’s fine when everything is going well. But when factors that are beyond the control of a place like Flint undermine the economy — like globalization and the loss of manufacturing — the communities that were the hosts for that economic activity are much more at risk of having dramatic losses in their tax base. They have a precipitous drop in the resources available, which fuels more people leaving. It becomes a set of circumstances that’s almost impossible to stop.

In early February you introduced comprehensive legislation in the House to deal with the immediate health and infrastructure problems caused by Flint’s water crisis, but also included funding for workforce training and youth employment. You called it a $765 million investment in Flint’s future. Is Congress ready to devote those resources to a struggling Rust Belt city?
I know it’s a huge hill to climb to try to get something like that through Congress, but for the first time in my lifetime there’s a national conversation about Flint, Michigan, in sympathy for the people who live there. We have not had either one of those things for as long as I’ve been a part of this community.

We’ve got to leverage what we’re doing with infrastructure to provide opportunity for skill development, but we also have to make sure we’re not just assuming that if you fix the pipes you’ve fixed Flint, because it’s not just the pipes that have been hurt by this. It’s the confidence in the community. It’s the real estate market. It’s the educational system. It’s the healthcare system. All … have suffered a loss as a result of this crisis and all … have to be repaired.

Any specific ideas to involve residents with efforts to solve the water crisis?
We’ve had a discussion with the U.S. Department of Labor about whether they can take one of their apprenticeship programs that they supported and connect it to whatever we’re doing in the infrastructure investment.

The world is focused on Flint at the moment, but what happens when the media moves on to another story? Ferguson, Missouri, is a recent example of a city that was in the spotlight then seemed to disappear.
I’m really worried about that. Ferguson was on the front page of every newspaper for a few months, and I don’t remember the last time I saw a front-page story about Ferguson.

That’s why the Flint crisis is so important in a lot of ways. It’s a terrible thing and I never would have wished it on my community but, my God, we have to take advantage of a moment where the country understands that this was not done by these people, it was done to these people. And they have a right to some help.

Our challenge is to translate this moment into a commitment of sufficient magnitude so that when the newspaper stories are no longer being written, we are still in a position to fix our community. So we have to frontload right now everything we can get because this crisis is leading in terms of the consciousness of the American people.

You’ve been mentioned as a possible candidate for Michigan governor in 2018. Are you planning to run?
I’m just not thinking about it right now. The policy solutions that I think about are the same policy solutions that I’ve been thinking about in a whole variety of jobs that I’ve held. In whatever job I have, I would be working to create sustainable urban communities. And if that happened to be a different job in Michigan, I would still pursue those policies.

How was that for a really artful dodge of your question?

Gordon Young has written for The New York Times, Politico Magazine, Washington City Paper, and Slate. He is the author of Teardown: Memoir of a Vanishing City, a portrait of the people battling long odds to save his hometown of Flint, Michigan.