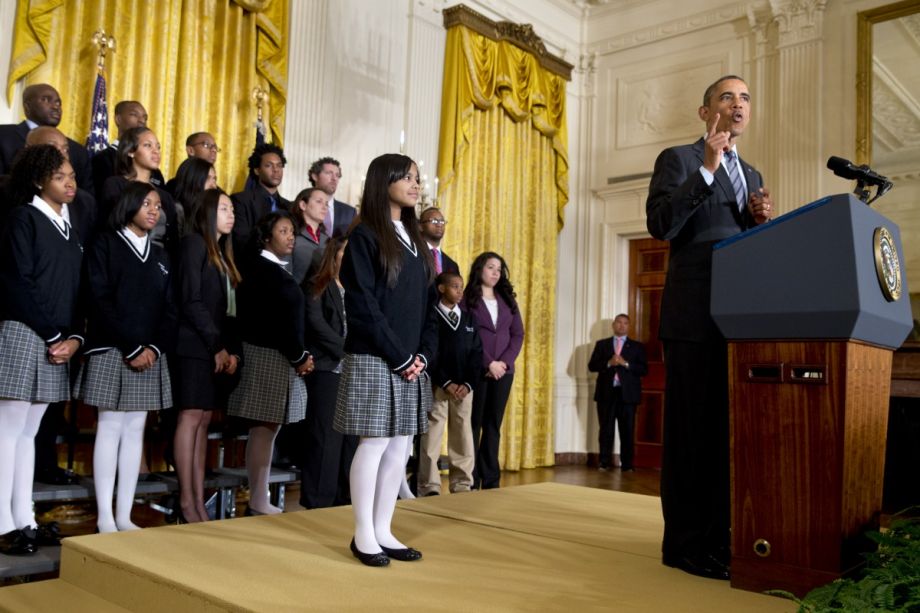 President Obama launched his Promise Zones program in January, holding true to a promise from his 2013 State of the Union. The program — which prompted a lot of, wait, what is a Promise Zone? questions — is a place-based approach to fight poverty, starting with five pilot cities. Now, a new report from the Center for American Progress looks at the early returns and what, exactly, the government can do to improve the program. Here are four takeaways from the new report.

Get Congress Involved
From the outset, Obama has lobbied for tax incentives to be a part of the program — specifically, private tax credits for both hiring and investing in Promise Zones. “This will,” the report finds, “create jobs and attract additional private investments.” Now it’s up to Congress to implement legislation that will undoubtedly spur some equitable economic development.

Leverage More Private Investment
Sure, this is self-evident. Of course private investment will help foster job creation and economic development! But, according to the report, “despite emerging interest from the private sector in each of the current zones, some communities are unsure how to engage the private sector at this time.” The Promise Zones initiative needs to do a better job of helping each city better understand the idiosyncrasies of their regional markets and the private players therein.

Explore Regional Opportunities
In the first few months of the program there has been what was characterized as “limited participation from regional leaders.” While Promise Zones focus on neighborhoods and districts that need help most, a city can’t thrive without regional cooperation — especially when it comes to a city’s workforce, which stretches well beyond its borders. “It is critical for communities to capitalize on regional opportunities in order to enhance their targeted neighborhood strategies,” the report finds.

Tap Into Anchor Institutions
Some universities and hospitals — eds and meds, as they’re called — don’t quite realize the power they have to drive an entire city’s economy. The report calls for HUD and the Department of Education to “identify existing resources to facilitate deeper partnerships between colleges and universities and their communities.”