When a City’s Workforce Stretches Well Beyond Its Borders 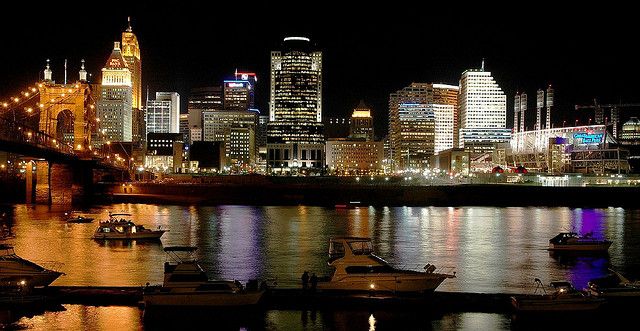 Since 2008, a regional collaborative group called Partners for a Competitive Workforce — or just “Partners,” for short — has worked to close the skills gap in the greater Cincinnati region. Sounds simple enough, right? Except when you fly into the Cincinnati airport, you actually land in Kentucky. So any local effort at workforce development needs to focus on an entire tri-state area: southwestern Ohio, northern Kentucky and southern Indiana.

Partners has a lofty vision: 90 percent of greater Cincinnati’s labor force employed by 2020. Almost half of the region’s adults lack education past high school and, unsurprisingly, nearly half of local businesses have expressed fears that they won’t be able to find qualified workers in the next three to five years.

Yet despite challenges like this, the group has so far had reasonable success in working toward its goal, as outlined in a new Living Cities study examining the cross-sector partnership.

Partners takes a three-pronged approach: Connect businesses with qualified labor, create industry collaborations (from universities to community organizations to anchor institutions), and “improve work readiness” so citizens are positioned to find stable employment. How does that actually play out in the real world? For starters, the group has made finding job training for incumbent employees much less of a hassle through the Employers First Regional Workforce Network. It’s essentially a one-stop shop for employers, helping them find training providers or linking them up with graduates who have the skills or certifications a job opening demands. According to Partners’ website, the resource has reached more than 300 employers.

The focus so far has remained on the health care, advanced manufacturing and construction sectors. Almost 2,000 middle school students and 3,500 high school students have cycled through the program’s construction outreach initiatives, which aim to gets kids interested in the business early. On the advanced manufacturing side, more than 1,500 National Career Readiness Certificates have been issued since the program was initiated.

But health care likely has the most robust chance for both wage growth and stable employment. It’s a $14 billion industry, according to the Greater Cincinnati Health Council, and the region’s largest source of private sector employment. Over the last five years, employment in hospitals has increased 36 percent. These anchor institutions will always be around, which means there will always be (some) jobs. There’s also more opportunity to climb the economic ladder.

The program is still in its infancy, but early returns are somewhat promising. Ninety percent of 5,000 jobseekers have completed training and 82 percent have found work.

I called up Allison Gold, author of the Living Cities study, to find out how other cities and metro regions could learn from Partners. First and foremost, leaders need to realize that workforce is a regional issue. Your labor isn’t coming from just inside the city limits. Everyone needs to work toward a common goal.

“The system of a workforce itself is a workforce shed — like a watershed — and is, in fact, regional,” Gold said. “So if you’re going to really commit to 90 percent employment in the labor force, as Partners for a Competitive Workforce has stated is their vision, a regional approach is the only way you can get there.”

Every region has its nuances, and every regional plan or authority won’t necessarily work elsewhere. But success has come in various forms across the country. Washington, D.C., for instance, is working with Maryland lawmakers to raise the minimum wage for part of the region. (Sorry, Virginia.) And regionalsim shouldn’t deal strictly with wages and transportation — there’s no reason business leaders shouldn’t work on strengthening a city’s workforce.

Gold talked about trust and building partnerships and how many of the business leaders working with Partners have put aside competitive differences. Which is all good and fine, but at some point the bill comes due. Where does the cash come from?

Partners has leveraged $29 million in public and private funds since 2008, but my biggest fear is that other cities might have difficulty finding large sums of cash for workforce development during this slow crawl back from the recession. Gold warned that the private sector invests in the workforce, saying, “It’s sometimes understated to what extent job training is being paid for by the private sector.” But I think many companies — especially in advanced manufacturing and construction — are still trying to keep their head above water while the economy hovers.

But that shouldn’t discourage other cities from exploring new, regional avenues to close the skills gap. A city’s workforce stretches well beyond its borders, and business leaders need to embrace that.