First to Feel COVID-19’s Impact, Chinatown is First to Deliver Aid for Small Business – Next City 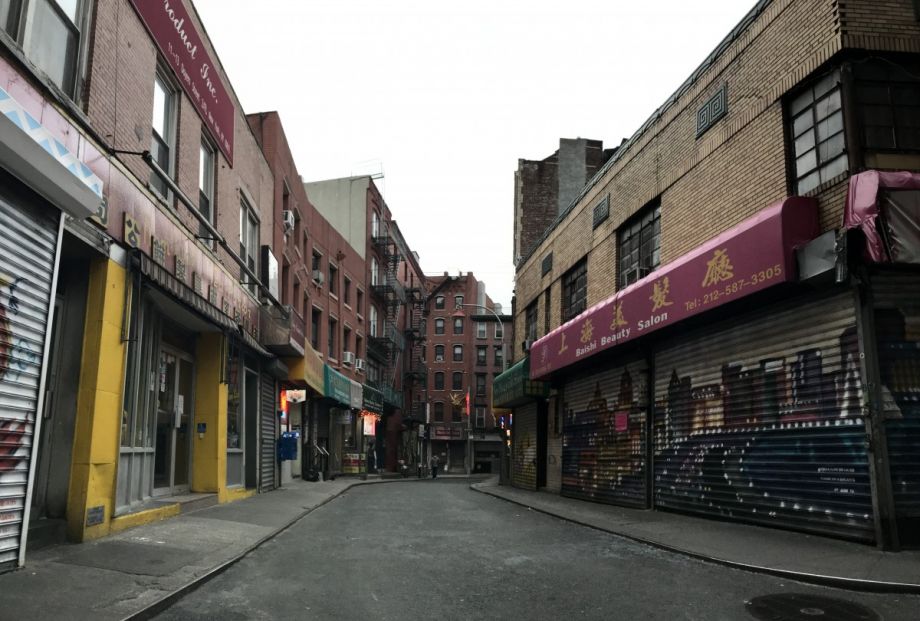 The travel agents were the first to start calling. For decades, they’ve operated out of first and second floor storefronts in Manhattan’s Chinatown, arranging vacations or business travel to and from China. They’ve basically been on shutdown since a travel ban instituted on January 31.

Next were the wholesalers. Chinatown has a unique set of neighborhood wholesalers supplying its restaurants, fish markets, meat markets and produce markets. They source goods from Chinese and other small immigrant farmers all up and down the East Coast, as well as from suppliers in China. With imports from China stalled, they needed financing to arrange supplies from elsewhere.

By February 13, when I sat down for an interview with Renaissance Economic Development Corporation managing director Jessie Lee, about 30 travel agents and wholesalers had already called to ask for assistance from the small business lender. Many of Renaissance’s borrowers are restaurants and other retailers in Chinatown — not just Manhattan’s but Flushing in Queens, Sunset Park in Brooklyn and the rest of the city’s nine Chinatowns. By mid-February these neighborhoods were already feeling the impact of xenophobia and racism keeping customers away. New York’s first confirmed case of COVID-19 wouldn’t appear until March 1 — and when it did it wasn’t in any of those neighborhoods.

A month later, on the evening of Sunday, March 15, Mayor Bill De Blasio ordered all bars and restaurants in the city closed to dine-in customers by 9 a.m. the following Tuesday, as part of efforts to slow the spread of the virus. Many simply closed that Sunday evening. By the next Monday morning, Lee and her 30-person staff were fielding calls from hundreds of businesses across the city, all suddenly in need of help to stay afloat. Current borrowers got six-month deferments on their loans upon request.

Help is on the way from the more than $370 billion in federal aid to small businesses promised by the $2 trillion CARES Act. Locally, the New York City government opened up its online application for emergency grants and loans last Friday. But in the meantime, after two chaotic weeks of raising funds for emergency small business loans and transitioning its entire operation to working and approving loans by video conference, Renaissance, an arm of the nonprofit Asian Americans for Equality, started approving and wiring its first emergency small business loans on Monday, March 30. The first loan went to a restaurant in Queens.

“As we await funding on a city, state, and federal level, we are so thankful that Asian Americans for Equality is releasing the funds now and ensuring that our businesses can stay afloat,” says NY State Assemblymember Yuh-Line Niou, who represents Chinatown and the Lower East Side in Manhattan, in a statement provided to Next City. “Our small businesses in Chinatown took a hit even before large gatherings were banned and restaurants were moved to delivery and takeout only.”

The funds are just a start, and they couldn’t come soon enough. The National Restaurant Association estimates 3 percent of restaurants nationwide are already closed for good.

Asian Americans for Equality started with re-allocating $1.5 million of its own cash to COVID-19 emergency small business loans managed by Renaissance. As of Monday there they were also finalizing commitments for $3 million from outside donors. There has also been at least one virtual fundraiser so far.

In fact, it’s all been happening these past two weeks by video conference, phone calls, emails and text messages. For the safety of staff and clients, the senior leadership of Asian Americans for Equality decided on March 15 to move the whole organization immediately to working remotely. They cancelled their annual fundraiser banquet originally scheduled for March 19. Beyond small business loans, Asian Americans for Equality develops and manages affordable rental housing, provides HUD-certified housing counseling, job training and career advising and immigration counseling and other services for 20,000 people a year. It offers all its services in English, Korean, Spanish and multiple Chinese dialects.

On Tuesday, March 17, Renaissance opened up an online inquiry form for businesses affected by COVID-19 closures. More than 300 have come in over the past two weeks. To be considered eligible, businesses must be located in one of thirteen neighborhoods, including the nine NYC chinatowns, Koreatown, Jackson Heights, Murray Hill (where there is a concentration of South Asian restaurants) and Woodside (where there is a smattering of Filipino, Nepali and other east and south Asian restaurants).

Rather than requiring a full online application, on Friday, March 27, Renaissance started going down the inquiry list one-by-one to request revenue statements and other preliminary documents and set up video conference meetings with applicants. There’s no additional online application. It’s the fastest way they could conduct a small business loan application process.

It’s also part of making loans responsibly. Since its beginning, Renaissance has always had to find creative ways to make loans to small businesses whose owners face barriers like no social security numbers or formal citizenship status, little to no credit history, or little to no collateral or down payment ability. That experience becomes invaluable in a crisis situation to weed out possible fraud. “We’ve been around the block,” Lee says. “We need to talk with you face to face [before we can approve a loan].”

For applicants without laptops, Renaissance offers to talk through WeChat or Facetime on a smartphone.

Video conferencing with small business borrowers is also a legal necessity. Renaissance still needs to notarize some of its loan agreements and other documents requiring a small business owner’s signature. In New York State, it only became legal to notarize documents via video conference as of March 19, as part of Governor Andrew Cuomo’s emergency declaration for the state.

For Lee and some of her colleagues, this is the third time they are trying to keep New York City’s Chinatowns afloat through a major disaster, after 9/11 and Superstorm Sandy.

“Others have called me and asked how are we able to move so quickly,” Lee told me in a March 19 interview. “I always say if you care about your community it doesn’t matter, don’t wait, just do it. Because guess what, your community will remember what you did for them. There’s no number that can quantify the loyalty they will have to you because you helped them in times of crisis. In Chinese, we call it Zōngzhǐ. It means that’s our point of view and life and mission. I hold to that integrity and I’m committed to it.”

That level of community commitment is more than just skin deep for Renaissance — it’s reflected in how the organization is built as a loan fund.

Renaissance is one of hundreds of nonprofit loan funds all over the country that pools dollars from banks, foundations, individual donations and public sources and makes loans to people or businesses whose only other sources of credit might be a payday lender or predatory online lender. Since inception in 1997, Renaissance has made $50 million in loans to 1,200 businesses across New York City.

As a matter of standard practice, nonprofit loan funds typically set aside a small amount of cash for every dollar in loans they make. It’s called a loan loss reserve. The dollars cover for any losses that might occur because of borrowers being unable to repay their loans. Most nonprofit loan funds set aside 10 to 15 cents in loan loss reserves for every dollar of loans they make. At Renaissance, Lee sets aside 30 cents for every dollar in loans — it was an internal policy change instituted after Sandy. It means they can make a ton of loans, and fast, to businesses they know and trust, and they don’t have to worry as much as other lenders if those businesses ultimately don’t make it out of the disaster period.

“When you think of Renaissance, we’re seen as a safety-net institution for business owners,” Lee says. “When you’re a safety net like this, you need to have extra assurances on your portfolio. That’s how we keep performing. This is the long game.”

On top of all that, Lee also now has to figure out how to implement the new “paycheck protection program” forgivable loans, promised by the CARES Act. Small businesses can use the new loans to pay up to eight weeks of wages for workers during the COVID-19 crisis, and if they do, that portion of the loans will be forgiven (as well as any portion used for rent, mortgage interest payments, or utilities). If small businesses have already laid workers off, they can rehire them, give them back pay retroactive to February 15, and include those wages as part of the new forgivable loans. The paycheck protection program will be implemented through the U.S. Small Business Administration’s network of private lending partners across the country — which includes Renaissance.

“My business owners are very resilient,” Lee says. “My travel agencies have gone through 9/11. Think about that. That was like a whole year of shutdown. At the time we advocated for them and got some funding for travel businesses impacted by loss of tourism. They also think outside the box for how to make it work. They don’t really work in a box.”

Editor’s note: This story has been updated to reflect that nonprofits and religious organizations are not eligible for emergency loans from Renaissance Economic Development Corporation. We’ve also corrected the date that video notarizing became legal in New York state.