Can D.C. Do More to Keep the City Family-Friendly for All? – Next City

Can D.C. Do More to Keep the City Family-Friendly for All? 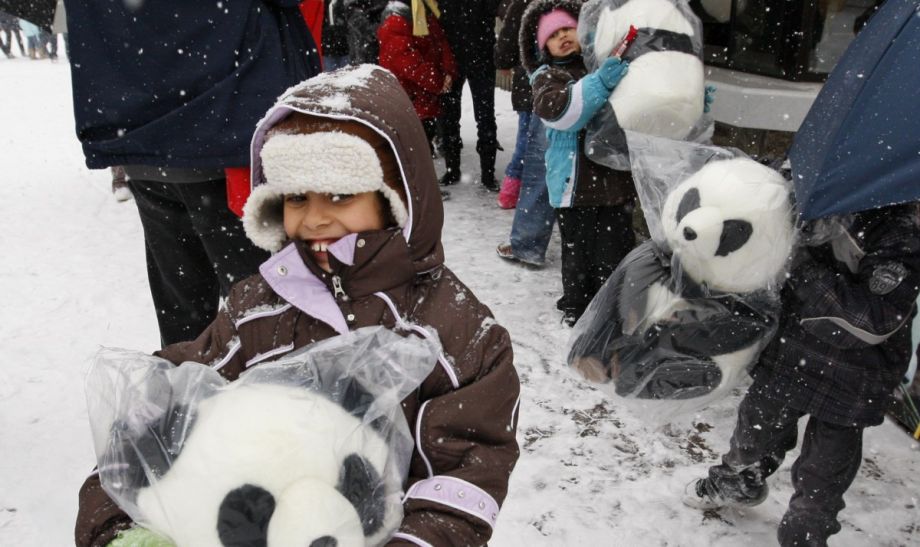 Clashes over urban space are often characterized as different groups staking out their territory. Casual observers might even imagine the same apartments are up for grabs among struggling families and artists. But, as I wrote about in “Boston CDC Asks Tough Gentrification Questions,” city governments and planners need to dig deeper than anecdotes to make policy decisions that benefit all citizens.

The Washington, D.C. Office of the Chief Financial Officer did some of that digging and recently released data that show people are leaving the city once they have children. The city has seen meteoric growth over the past decade, but families are not feeling as welcome in D.C. as singles. Using income tax data from 2001 to 2012, they found that exit rates for parents with children under four are higher than the rest of the population. This trend was particularly pronounced between 2007 and 2011. 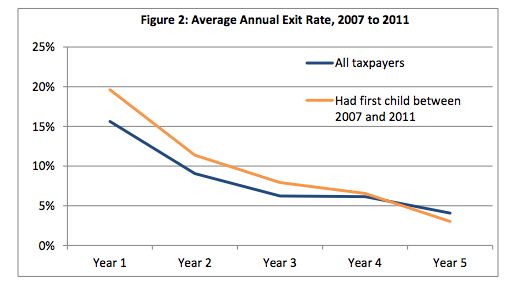 Middle-income parents (gross income between $35,000 and $146,000) were more likely to leave the city than low- and high-income parents, which doesn’t surprise Daniel del Pielago, of Empower DC.

“For us, the lens that we see the District through is privilege,” says del Pielago, who primarily works with D.C.’s communities of color. “Most of these folks who are leaving can afford to leave. From what we see and what we hear, a lot of these new families leave right when their kids have to enroll in school.”

In other words, high-income parents can afford to stay in pricey, spacious apartments and send their kids to private schools; middle-income parents have the benefit of mobility and the prerogative to steer away from public schools suffering from disinvestment; low-income parents often don’t have the support system in place that would allow them to move out of the city even if they might do better elsewhere.

“While many of our folks may stick around, the sticking around looks a lot different,” says del Pielago. “I was just speaking to a teacher recently, and she told me she couldn’t believe the increase in homeless students that she’s seen.”

Empower DC has two main campaigns: one geared toward improving schools and the other aimed at preserving public housing. Over the years, del Pielago has observed an increase in how vocal middle-income parents have been with respect to public education.

“What we have seen, and this played itself out in the recent redrawing of the school boundaries, is that more affluent parents attended these meetings and have said, ‘We want the right to neighborhood schools,’ which we support,” he says. “But the way we approach our work, we ask, ‘Who are these improvements for? It’s the same thing that black families have been asking about for decades. … We’re not seeing anything really done to encourage these families to move in or to stay.”

The Barry Farm public housing complex, built on top of land purchased by emancipated slaves in 1867, is slated to be razed in a controversial redevelopment plan that proposes up to 1,879 new mixed-income apartments. Empower DC is fighting on behalf of public housing residents concerned about displacement and the relocation process.

“We continue see this move towards mixed-income communities,” says del Pielago. He points out that many traditional public housing units have the size to accommodate large families and that the communities that live in public housing already have a mix of incomes. “Every time they redevelop, we lose family-friendly units. We’re seeing the move towards the more single, individual kind of lifestyle.”

As with all data, how the new D.C. numbers are interpreted will determine how big of an impact they will have. Del Pielago says the information adds another layer to previously released data that affected educational access in the city. “We filed a lawsuit against the city around the school closures,” he says. “Part of the reason the city was saying it was closing the schools was because they were under-enrolled. When we looked at data, we saw the birthrate was increasing and we were expecting to see this boom over the next couple of decades.”

But as this new report shows, even though the birth rate was high, the city still had an expectation that many families would be moving out. Del Pielago sees this as a lost opportunity to invest more in D.C.‘s educational system — to the benefit of all residents. “While they expect children to be born,” he says, “they’re not expecting to retain them, and are not doing anything to stem the loss.”