Economics in Brief: Elizabeth Warren Has a Plan to Assist Black Entrepreneurs – Next City

Economics in Brief: Elizabeth Warren Has a Plan to Assist Black Entrepreneurs 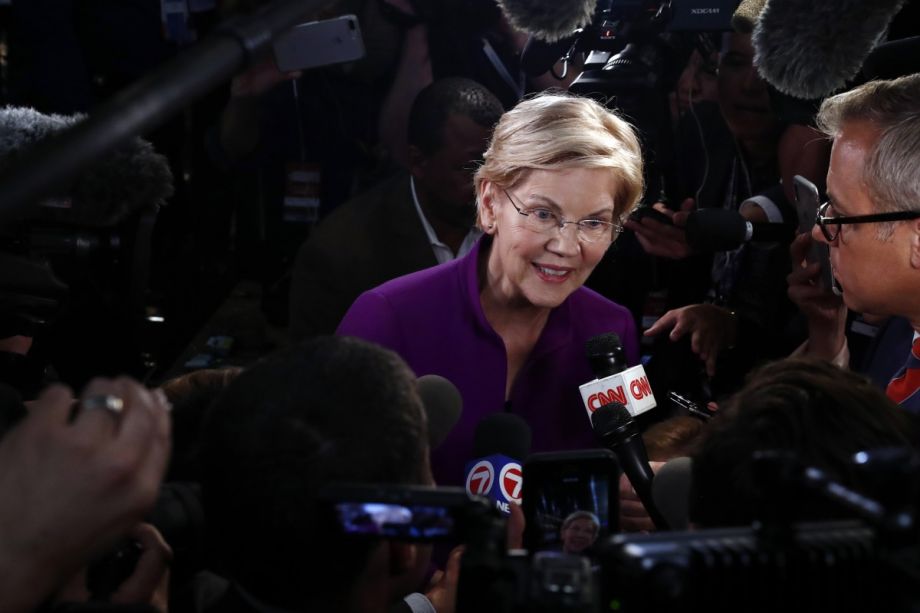 Elizabeth Warren Has a Plan to Assist Black Entrepreneurs

Even before pundits began to dissect the 2020 debate performances, Elizabeth Warren released a plan to close the “friends and family” capital gap. In an exclusive op-ed for Black Enterprise magazine, the senator and presidential hopeful lays out how black, Latinx and Native American households have significantly less wealth than white households, meaning that a black, Latinx or Native entrepreneur hitting up friends and family for seed money will have significantly less to draw on than a white entrepreneur hitting up his or her predominantly white networks.

“The way I see it, there is only one way to make progress and that’s by fighting for big structural changes across the board,” Warren wrote. She proposes to create a Department of Economic Development and within it, a Small Business Equity Fund which would give out $7 billion in grants — not loans — to entrepreneurs. The money would be administered through states and cities, who would be required to partner with black, minority- and women-owned investment managers to administer the grants.

The whole plan could be paid for with Warren’s ultramillionaire tax.

New York City’s minimum wage went up to $15 an hour at the end of 2018, a net benefit for many low-wage workers. But for some, the higher pay is also triggering the loss of public benefits — sometimes resulting in a net loss in income, The City reports.

City officials say this phenomenon, known as the “benefits cliff,” is affecting a relatively small number of New Yorkers. They told The City that they’ve seen a “small uptick in SNAP cases … closed” because a recipient’s income increased, and that only 1 percent of rental voucher holders become ineligible for benefits because of an increase in income. But nonprofits say they’ve already heard of dozens of cases of people getting cut off. When the $15 minimum wage is extended to all of New York State at the end of 2019, cases may increase.

The state labor department will be studying the benefits cliff in an attempt to find solutions. Already, the state has passed legislation that would exclude income earned by youth in the Summer Youth Employment Program from counting toward a family’s income for benefit determination purposes.

Earlier in June, the Washington, D.C. Council postponed a $46-million tax abatement for the Line, a hotel in the Adams Morgan neighborhood, reports the Washington Post. The city found evidence that the developer failed to fulfill the hiring requirements the city mandated in exchange for a 20-year tax subsidy.

According to the Post, the tax abatement, which was enacted nearly a decade ago, required the hotel developer to hire more than 300 D.C. residents for its construction. The job, which would convert an old church into a 220-room hotel, was intended to bring work to low-income city residents. Though some in the city were skeptical of the multimillion-dollar tax break, it was considered a good way to spark employment within the area.

“This wasn’t for someone who spent four years getting a college degree and then did graduate work in art history, it was to help people who were the least, the lost and the left behind,” Bryan Weaver, an activist who helped draft the tax-subsidy legislation, told the Post.

The controversy has led the D.C. Council to defer the implementation of the tax subsidy for at least a year so the government can complete an audit.