Closing the “Friends and Family” Capital Gap for Entrepreneurs of Color 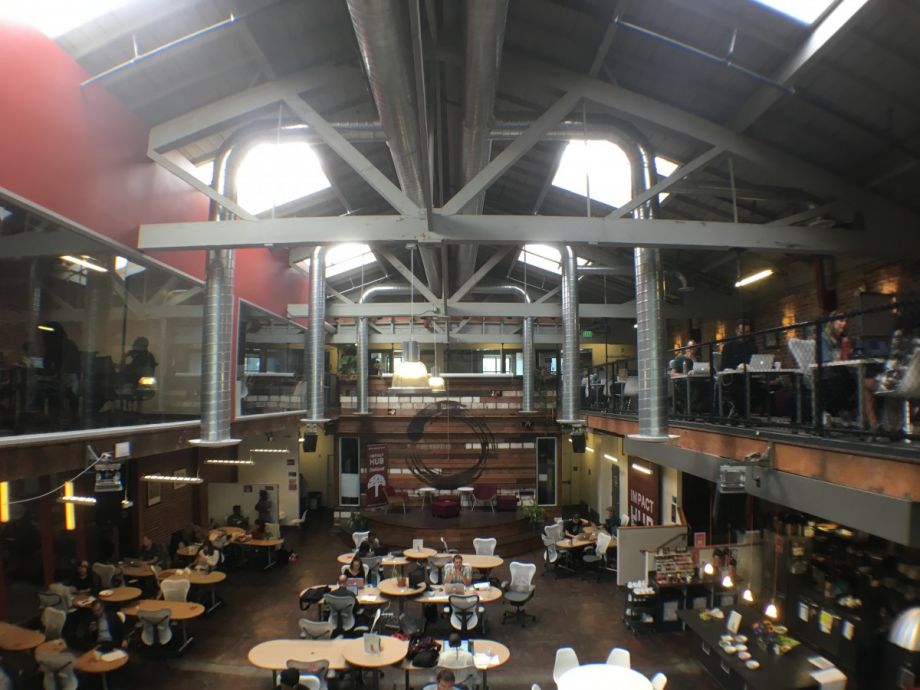 It can seem like a reasonable, even benign question. In reality, few questions so embody the soft racial bigotry of unexamined assumptions. It’s when an entrepreneur walks into a bank and asks for a business loan, and oftentimes the first question back to the entrepreneur is: “Have you asked your friends and family?”

On the surface, it’s a fair question. The loan officer most likely means nothing racist by it. In fact, according to research from Fundable, friends and family invest $60 billion a year into growing businesses. That’s more than angel investors and venture capital combined.

“To be without that capital for a business, cripples a business from the very beginning,” says Jessica Norwood, co-founder of The Runway Project.

The lack of friends and family capital hasn’t stopped black people from starting businesses — black women in particular are still the fastest growing segment of entrepreneurs — but it has kept many of them from growing faster and creating jobs. Only 2.5 percent of black women-owned firms have employees besides the owner, compared with 20 percent of U.S. firms overall having employees besides the owner.

Under the Runway Project’s umbrella, a new five-year pilot program they helped broker in Oakland will explore how to fill in the “friends and family” capital gap for entrepreneurs of color. If it works, it could serve as a template that could be replicated to serve entrepreneurs of color across the country. If it doesn’t work, it will at least advance knowledge about how to deliver capital to very early stage ventures led by people of color.

The primary partners on the ground in Oakland are Impact Hub Oakland and Self-Help Federal Credit Union. It’s a three-pronged approach to providing loans for early stage ventures primarily led by entrepreneurs of color:

“We needed to create a product that is actually going to be used by our entrepreneurs, that’s friendly enough, that really is friends- and family-type of capital,” says Konda Mason, co-founder of Impact Hub Oakland. “And we’re talking good friends and good family.”

The “friends and family” parts of the model are just as important as the capital, creating a safe and supportive environment that also happens to have some capital around to invest.

Impact Hub Oakland was a community effort from its founding in 2012. The three co-founders raised $1.8 million in startup capital of its own from a range of community sources, both public and private, to lease and build out its space in a former car dealership in Oakland’s Uptown neighborhood. Even their landlord chipped in some capital, Oakland-based Signature Development Group, which also moved its own offices down the block.

Impact Hub Oakland sold out of workspace within their first year, and have been full pretty much ever since. Members at Impact Hub Oakland include Black Girls Code, Business Alliance for Local Living Economies and Sustainable Economies Law Center, just to name a few — organizations that, while entrepreneurial themselves, also share a mission of supporting others in achieving their goals.

Uptima itself is unique and vital to the friends-and-family dynamic. It’s a member-owned business accelerator, meaning that its owners are technically the businesses that reach the stage at which the accelerator takes an equity stake in the business.

“Member ownership allows us to redistribute the wealth rather than having a number of venture capitalists invest and take equity stakes and have the proceeds go to people who have significant amounts of wealth already,” says Uptima co-founder Rani Croager. “It basically becomes a way for entrepreneurs to invest in each other.”

Croager emphasizes the family dynamic as much as the business lessons. No true outsiders are allowed in class sessions. Previous cohort members come back, often to teach sessions and encourage current cohort members. When her parents were in town, Croager even felt it necessary to ask permission from a cohort if they could attend a class just to observe (they said yes). There’s a closed Facebook group for current and previous cohort members in which they address each other as the “Uptima Fam.”

Having spent 10 years working as an investment banker in a previous life, Croager has been deeply involved in the design of the Runway Project Targeted CD, from the lending criteria (which will not be based on credit history) to the loan sizes and repayment structure.

“We know that these entrepreneurs are loan-phobic,” Mason explains. “They’re loan-phobic because they’ve got student debt, credit card debt, they’re all trying to clean up all kinds of debt, so debt to them is something they’re trying to get away from.”

At the end of the five-year pilot, the big reveal will be the actual failure rate for these kinds of loans. Because of historic wealth inequality, no one really knows what the failure rate really is for lending to this market segment, at such an early stage of their ventures. Depending on what it turns out to be, discovering that rate could unlock whole new lines of small business lending from larger institutions across the country.

“One of the goals of this product is actually to explore the viability of black startup businesses and what the loan loss curve is,” Mason says. “At the moment, we don’t know what that is.”