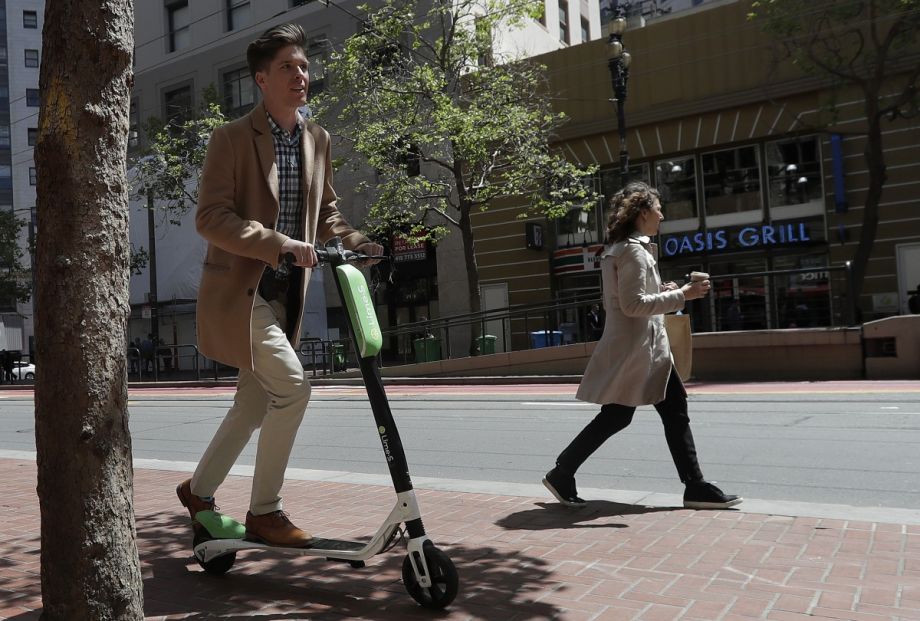 As more and more cities are finding themselves inundated with dockless electric scooters, two cities—San Francisco and Denver—are pushing back.

San Francisco has ordered all dockless scooters off its streets until a legal framework can be put in place to regulate them, the San Francisco Chronicle reports.

As of Monday, June 4, the city ordered that all three dockless scooter companies that operate in San Francisco—Bird, LimeBike and Spin—stop operations and not resume rentals until permits are issued, the Chronicle reported in a separate article. Permit applications are due Wednesday, and the San Francisco Municipal Transportation Agency will make a decision by the end of the month.

The companies so far appear to be following the law. On Monday afternoon, SFMTA spokesman Paul Rose said the city checked for scooters left out on the streets, but found none.

Under the new permitting structure, up to five companies can get permits to operate, and the total number of scooters on streets will be capped at 1,250 for the first six months, with the possibility to double that for the second six months. Companies will be required to keep sidewalks clear of scooters, protect riders’ privacy, provide insurance coverage, offer access to low-income riders, and share data with SFMTA.

The moves were mostly hailed by some transportation advocates. ““It’s so typical of both San Francisco and Silicon Valley: The tech companies jumping out there and doing what they wanted, and then the city overreacting,” Daniel Sisson, a board member of San Francisco Transit Riders, told the Chronicle. He noted that the vehicle cap seemed like a bad idea: “As long as they’re being parked correctly, why? There’s no limit on the number of cars in San Francisco.”

The new permitting structure was in the works before the dockless scooter companies launched in San Francisco, ABC 7 News reports. Preemptively launching before regulations were finalized frustrated some city leaders.

“They’ve kind of behaved like a bunch of spoiled brats,” city supervisor Aaron Peskin, who proposed the regulations, told ABC 7. “I think if they had worked collaboratively with the city, the brouhaha never would have happened.”

State Senator Scott Weiner, who represents San Francisco, has tweeted support of the scooters. In April, he wrote: “Scooter-geddon is upon us. Listen, these guys screwed up by not seeking permits. Riding scooters on sidewalks isn’t ok. Dumping them all over isn’t ok. But, the reaction to the coming of the scooters has also been extreme. Scooters are a good thing. Scooters are an affordable, easy way for folks to get around w/o using a car. They take up massively less space than other vehicles. Let’s get them permitted & avoid negative impacts. Let’s not have a knee-jerk ‘the sky is falling because something new is happening’ reaction.”

San Francisco is not the only city to find itself dealing with scooter backlash. LimeBike and Bird began operations in Denver in late May, and on June 1, the city ordered that both companies remove all scooters from the public right of way, the Denver Post reported. The city also added that “via city rules and ordinances, these scooters are not allowed to operate in the roadway except to cross the street at an intersection, nor are they allowed in bike lanes, on the city’s trail system, or in city parks.” The magazine 5280 added that as of now, the city is “not yet” working with Bird or LimeBike to develop regulations to allow them to operate legally in the city, but Nancy Kuhn, director of Denver Public Works’ communications office, told the magazine that they are “discussing next steps.”

Meanwhile, as Next City reported in May, officials in Nashville told scooter operators to remove their vehicles from city streets. Later that month Metro Councilman Jeremy Elrod filed an ordinance that would regulate and allow dockless scooters, the Tennessean reports. The proposed legislation would require companies to have a 24-hour customer service number and a physical, staffed operation center in town. It would implement permit fees of $40 per vehicle and $500 per company during a pilot period. (If enacted, the $40-per-vehicle fee would be among the highest in the nation; as Next City previously reported, other cities typically charge around $10 to $15 per bike or scooter.) The legislation goes to a first vote Tuesday, June 5.