Nashville Tells Bird Scooters to Take a Hike – Next City 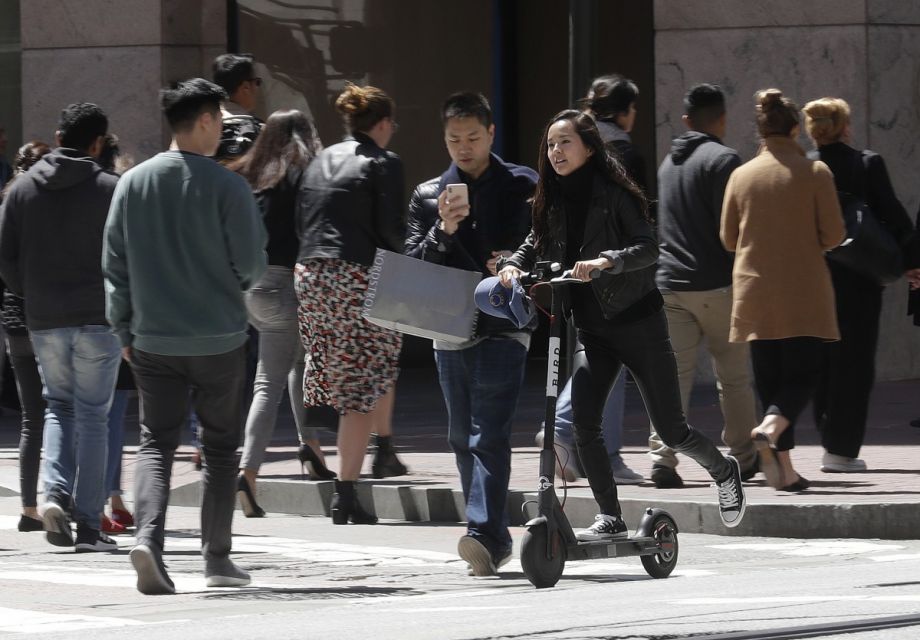 The dockless electric scooter company Bird has been told it has two weeks to get out of Nashville, just two days after it launched a fleet of 100 scooters across the city, the Tennessean reported.

Five days later, on Sunday, two women riding Bird scooters were critically injured in a hit-and-run, the Tennessean wrote. The newspaper said there were conflicting reports as to whether the scooters or the Lexus sedan suspected of hitting them had the green light, but police investigators said neither woman was wearing a helmet.

Bird, a startup founded by a former Uber exec and based in Santa Monica, California, has installed scooters in San Francisco, San Jose, Los Angeles and Washington, D.C., where its reception has also been mixed. In February, Bird settled with Santa Monica over “allegations that it failed to secure business licenses and…permits,” the Los Angeles Times reported. The company agreed to pay $300,000 in fines. In March, Bird released a “Save Our Sidewalks” pledge, in which it agreed to remove all scooters from city streets and sidewalks each night, a response to the growing issue of “bike graveyards”—abandoned dockless bikes and scooters— cluttering city sidewalks in China and other cities around the world. It also agreed that the number of scooters in a city would not be increased unless they were being used, on average, three times per day, and it said it would pay $1 per vehicle per day to city governments to fund bike lanes and promote safe riding. The document, which Next City reported on in March, includes spaces for other dockless vehicle operators to sign.

Removing scooters from streets and rights-of-way in the evening is common for scooter companies, which need to recharge the vehicles’ batteries overnight (Bird uses a gig economy structure, paying between $5 and $20 per scooter, Curbed LA reports). But as Next City noted in its March reporting, the initiatives “could net the company some municipal goodwill.”

Not so in Nashville, at least not yet. The city’s letter to Bird said it had 15 days to remove the scooters, or the city would.

In a statement obtained by News Channel 5 in Nashville, Bird said that it believes it is operating lawfully but is optimistic that it can “collaborate with Nashville’s attorneys and elected leadership to build a framework that permits Bird to continue providing Nashville with an affordable, environmentally friendly transportation option.” Going forward, it said, it would require riders to take a photo when they park their scooter, to “prompt our users to think of others when parking.”

Metro councilmember Jeremy Elrod said on Twitter last week that Metro and Bird had met, and that he planned to file legislation “to get the Metro Code sorted out. We need more options to get around town, and these scooters are a great one.”

The scooters launched in Nashville May 7, less than a week after a $5.4-billion transit referendum failed at the ballot box.