Anchorage Seeks to Densify Amid Frontier Mindset – Next City 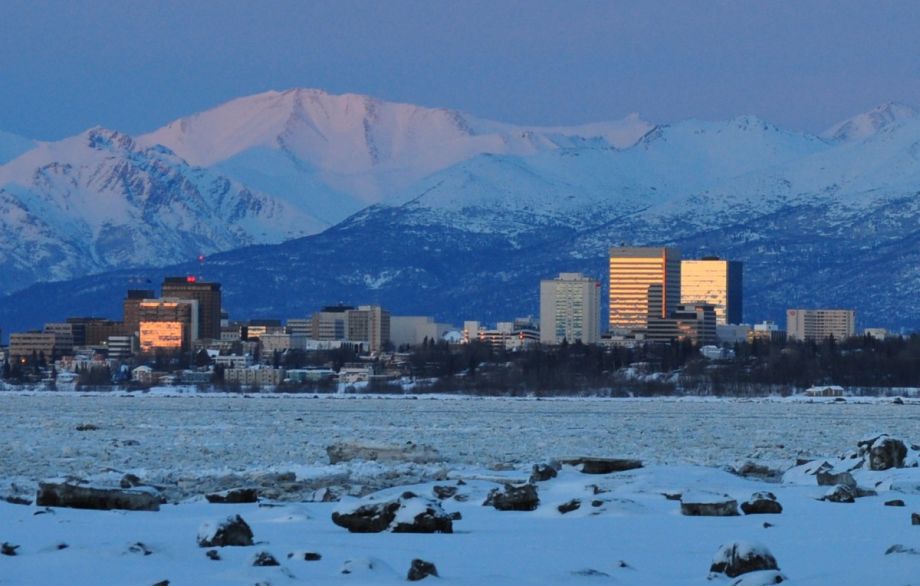 At first glance, Anchorage, Alaska, appears in good economic health. With a 5.2 percent unemployment rate, the city is on par with the national average. At $86,683, the city’s median family income is $22,025 greater than the country’s as a whole.

But earnings have not kept pace with housing prices, and not enough housing units are being produced for a growing population. A 2012 report by the municipality of Anchorage demonstrated that at the current rate of redevelopment, without increasing current density levels, the city will lack for 8,900 housing units by 2030, about half of projected demand.

“It’s not just affordable housing. The market is not producing any rental housing, other than a few rare examples,” says Tyler Robinson, director of development planning and finance for the Cook Inlet Housing Authority (CIHA), which builds affordable housing for sale and rent in the Anchorage metro area.

That lack has created an affordability gap, says Robinson. New development in Alaska is expensive by nature. Redeveloping old properties isn’t always feasible, because much of the city’s multi-family housing stock was built rapidly and sometimes shoddily during Anchorage’s 1970s population boom. Through the Low-Income Housing Tax Credit program, CIHA develops housing for people living at or below 60 percent of area median income, but those just above the threshold still struggle to afford a place to live.

In a city characterized by sprawling seas of surface parking, increased density may help close that gap. Anchorage is looking for ways to make development affordable.

In November, the city was one of seven communities nationwide to receive a technical assistance grant from Smart Growth America (SGA). Winning communities receive a two-day, hands-on workshop focused on one of 12 tools for growth, including transit-oriented development, sustainable land use and parking management. Anchorage applied for assistance with economic and fiscal health.

“Honestly I think it’s one of the most transformative tools we offer,” says John Robert Smith, senior policy adviser for SGA. “We’re tempted to think that all development is positive for our communities. And we often learn painfully that some development will cost us more for the future than it produces in revenue and growth to the community.”

Chris Schutte, director of Anchorage’s office of economic and community development, says the city’s workshop in 2016 will focus on the economic health of downtown, particularly on creating greater residential density there.

Although Anchorage’s downtown boasts a dense core of shops, restaurants, museums and hotels, it has very few residential units. Downtown is the most expensive dirt in the city, and faces challenging building conditions because of the city’s susceptibility to earthquakes.

But one of the biggest hurdles to urban housing density has been a recalcitrant frontier mindset.

Most development in Anchorage remains single-family homes on individual lots. The city’s developers have been slow to recognize the needs of a changing population, says Schutte, one that isn’t looking for a four-bedroom house on 10 acres of land. “A changing demographic of people craves that urban style of living and can’t find it,” he says. “The market is not responding to the pent-up demand.”

With the help of the SGA workshop, Schutte says the city will explore tools like tax-based incentive programs that steer greater benefit toward projects achieving community development goals.

Schutte also says the city needs to become more livable as a whole.

“We spend so much time and energy as a community talking about the actual production of affordable housing, but we haven’t really talked about how to make housing affordable outside of the actual housing itself,” says Schutte. “Looking at things like how walkable your community is, how robust your transit system is, these are importance considerations when talking about the affordability of any housing and ultimately the success of any neighborhood or community.”

Robinson says CIHA provides some examples of density done well. The Loussac Place development, situated between downtown and midtown near a popular trail, boasts about 122 units of mixed-income housing. Completed in 2012, the development replaced a housing complex with 62 units.

“Does Anchorage want more properties like that? Would there be room for it in the marketplace? Absolutely,” says Robinson. “Would Anchorage support that kind of development at that cost? Probably not.”

To achieve equitable development, Schutte says the city will invite a diverse group of government agencies, community organizations and interested citizens to participate in the SGA workshop.

“If you don’t plan for inclusion on the front end, you wind up with a community no one can afford to live in except the very wealthy,” says Smith. “Anchorage [has] not only the willingness but [also] the vision to see that a diverse coalition will be necessary.”

This changing focus on Anchorage as an urban center reflects the state’s evolving economy.

“The state as a whole is having some very serious soul-searching conversations about our almost sole reliance on hydrocarbons and how best to diversify, support and grow the statewide economy,” says Schutte.

This move away from a resource-based economy makes Anchorage similar to many U.S. cities, says Smith. “There’s a new paradigm for economic development in the country.” Instead of seeking out the cheapest land and access to resources, “business and industry is hunting talent, and they’re moving to where that talent wants to be. And what they’re finding is that talent, principally millennials but also Gen Xers, are choosing … to be in cities and towns and regions that have a clear identity of themselves and are very accessible, and have affordable housing close to the daily amenities they need.”