Detroiters Have Stepped Up, But DIY Can’t Fully Replace a Functional City Government – Next City

Detroiters Have Stepped Up, But DIY Can’t Fully Replace a Functional City Government 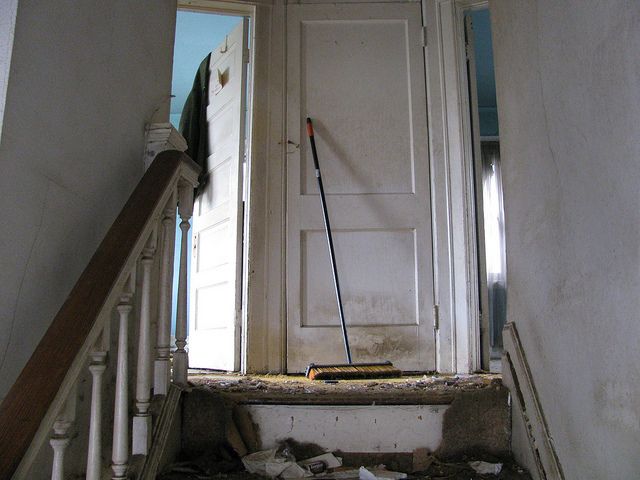 As Detroit counts votes in its mayoral primary, it seems appropriate to think about all the ways its citizens helped shape its future before Tuesday’s election. Like New Orleanians in the wake of Hurricane Katrina and New Yorkers after Sandy, the people of crisis-mode Detroit are stepping up.

While it’s inspiring to see stories of citizen activism taking center stage amid the election and just weeks after Detroit’s headline-grabbing declaration of bankruptcy, it’s also important to clarify the record based on what happened after other disasters. Citizen activism can’t happen in a vacuum, and most paths lead back to the need for a functioning city government.

A July NPR story follows a familiar script. Handy citizen volunteers realize that government cannot save them, so they do it themselves. NPR’s Sarah Hulett describes it neatly:

George’s crew is demolishing the vacant homes on two city blocks, and plans a large-scale garden for the neighborhood. And let’s be clear here: It’s the city’s job to board up and tear down dangerous, abandoned buildings. But there are almost 40,000 of them, and the city just doesn’t have the money to put much of a dent in the problem, let alone keep on top of it. George says he’s demolished, boarded up, built or rehabbed 1,500 buildings since 1988. He loves this city, but he says he doesn’t count on City Hall for much of anything.

I spent years studying this phenomena in New Orleans, and one fact overwhelmed the attempt at revitalizing cities through grassroots groups: There are never enough volunteers.

This simple fact becomes critically important when citizens do what George suggests and “Get your neighbors together, get a rake, get a broom, get a shovel and get busy.” It means neighborhood associations struggle to fill leadership positions. It means their leaders are always burnt out. And it means that one or two volunteers often claim to speak for the whole community.

It also means neighborhood groups end up working closely with government. With few volunteers and fewer resources — my research indicates that in New Orleans, a quarter of neighborhood associations had an annual budget $0 and 77 percent worked with less than $5,000 annually — groups like George’s are the exception. Often citizens decide the best strategy is to pressure government to act. The NPR spot recognizes this, mentioning that a major issue for neighborhoods is getting streetlights working, something they can’t do on their own.

What emerges from this process is something that looks very different than do-it-yourself municipal governance. Instead of a local group taking over for government (a convenient myth for libertarians and small-government aficionados), there emerges a core of weary and worn neighborhood activists, who work closely with their local officials, feed them information on the problems in their neighborhood, and supplement city service by cleaning and taking care of local properties.

Overworked elected officials and public works offices depend heavily on this information, and take for granted that these neighborhood organizations represent communities, despite their being driven by just a few volunteers. This occasionally means problems, as self-interested volunteers take care of their own interests first, but that is the exception. More often, well-meaning citizens volunteer ungodly hours until they can’t handle it anymore, doing as much good as possible before stepping down and hoping someone else steps up.

In short, it’s a mistake to look at Detroit (or New Orleans, or Long Island) as a libertarian utopia, with citizens pitching in to replace government. It’s a difficult story with a group of volunteers, always too few and overworked, sharing information with government and plugging in gaps when they can.

Dr. Stephen Danley is an assistant professor of public policy and administration at RutgersUniversity-Camden. He is a Marshall Scholar and graduate of the University of Oxford. Find him on Twitter @SteveDanley.