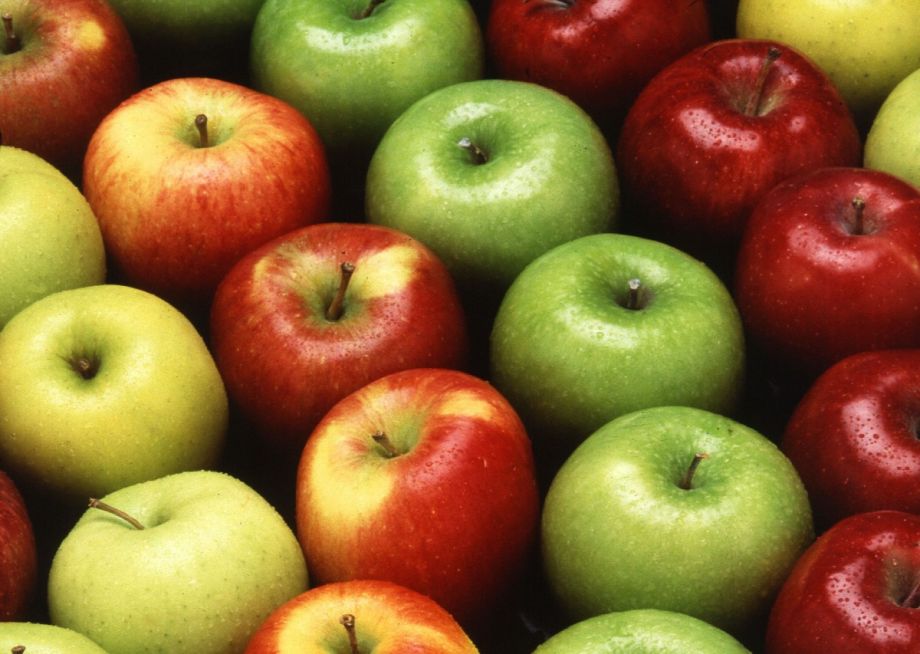 Glen Jones would have liked to see new housing go up on the empty lot that abuts his property on Detroit’s east side. Maybe a new business that would bring jobs to the neighborhood.

When he and other residents saw renderings of an 11-acre redevelopment project that would instead convert the vacant land into one of the city’s first large-scale U-pick orchards featuring the Michigan apple, they balked. Though the nonprofit behind the urban agriculture project said it would employ some locals, Jones says the plan did not sit well with some.

“People were furious. They were talking about taking down several houses,” says Jones, 53, from the front porch of his home that overlooks the vacant property.

Others speculated that Wolverine Human Services — the youth services nonprofit purchased the property through the Detroit Land Bank Authority’s Community Partners Program — would force the young people in its care into free labor.

Wolverine leaders listened — and scaled down. The 11 acres has been reduced to less than a half-acre with 350 trees. The hope is that once neighbors see benefits, they’ll embrace an expansion.

“The perception was that we had a completely realized vision for the land, and the community wouldn’t have any say,” says Greg Hoffman, director of community relations at Wolverine Human Services.

To reach a compromise, Wolverine organizers this year held a series of meetings, asking residents what they wanted. What they heard: housing, job training — essentially a shot at revitalizing the neighborhood and seeing the same type of big investment happening in other parts of Detroit.

The revised plan focuses less on agribusiness and more on beautifying the neighborhood, with some economic opportunities for entrepreneurs.

The orchard will feature a green space area for picnics, and a pathway for walking and biking. Residents will be able to sign up for membership to use a 2,100-square-foot hoop house for year-round gardening. A weekly farmers market during the summer months will allow those gardeners to sell their produce. Any excess crops will be used at Wolverine’s soup kitchen, which is across the street from the site and which the nonprofit wants to renovate for use as a commercial space. There, entrepreneurs can prepare food for retail, and a chef will offer community cooking classes.

Vincent Smith and Sonya Sutherland, co-founders of Team Gardens, an organization that aims to reduce youth violence and crime through gardening-based intervention, will oversee all agricultural operations of the orchard and a small staff.

To fund the project, Wolverine is seeking private donations. According to Crain’s Detroit, the organization had at least $370,000 in funding for the orchard and market under the previous proposal. Fundraising has yielded more than $200,000 so far. The Michigan Department of Agriculture provided a $155,000 grant, and $50,000 is coming from the Michigan Economic Development Corp.

Wolverine Human Services has traditionally focused on providing services such as foster care placement and afterschool activities to adolescents experiencing abuse and neglect, as well as those in the juvenile justice system. While tending to an apple orchard may seem outside of its mission, Matt Wollack, vice president of strategic development, believes installing green space could prove therapeutic to community members.

“According to a University of Illinois study, crime decreases in neighborhoods when the amount of green space increases, and vegetation helps alleviate mental fatigue, one of the precursors to violent behavior,” Wollack noted in an April statement released by Wolverine Human Services.

The orchard isn’t far from two major automotive plants for FCA Chrysler, but the unemployment rate in the area has risen significantly. According to the U.S. Census, that figure was just under 9 percent in 2000 and was about 25 percent in 2015.

Population has also plummeted in that time — by 6,561 from 19,224 — and along with that came blight. More than two-thirds of houses in the area were built before 1960, and nearly 37 percent of residences are considered vacant.

While Hoffman agrees that new housing is a valid concern, he says Wolverine isn’t in the business of home building. An orchard is a realistic use of the space, he says.

“It would be naive to think that all those jobs, all those people are going to miraculously come back,” Hoffman says.

Urban agriculture as jobs creator in struggling cities isn’t a new concept — Detroit is already home to some 1,500 urban farms and gardens — nor is tension that can arise between residents and the organizations developing the spaces.

When the founders of the Michigan Urban Farming Initiative, two white University of Michigan graduates, started clearing out an empty lot in the city’s majority-black North End neighborhood in 2011 to start an urban garden, their efforts were met with skepticism from residents wary of their plans.

MUFI has since gained buy-in from residents — and major funding — and last summer the group announced plans for the development of the country’s first urban “agrihood,” which centers agriculture within a mixed-use setting.

Hoffman says he doesn’t know whether Wolverine will revisit the 11-acre orchard vision, but sees the current plan as a way to rethink Detroit’s comeback. “How do we shift the paradigm to what can we do with this going forward?” he says.

As for Jones, he says anything is better than a lot of what currently surrounds his home, mostly long stretches of empty fields that are only mowed twice a year or burnt-out properties.

“I didn’t like that they were putting it up, but then again, there’s nothing here now,” he says.

Planting is pending approval from the city to rezone the area for farm use, which Wolverine expects later this month.