Detroit Gets Its First Taste of the Whole Foods Effect 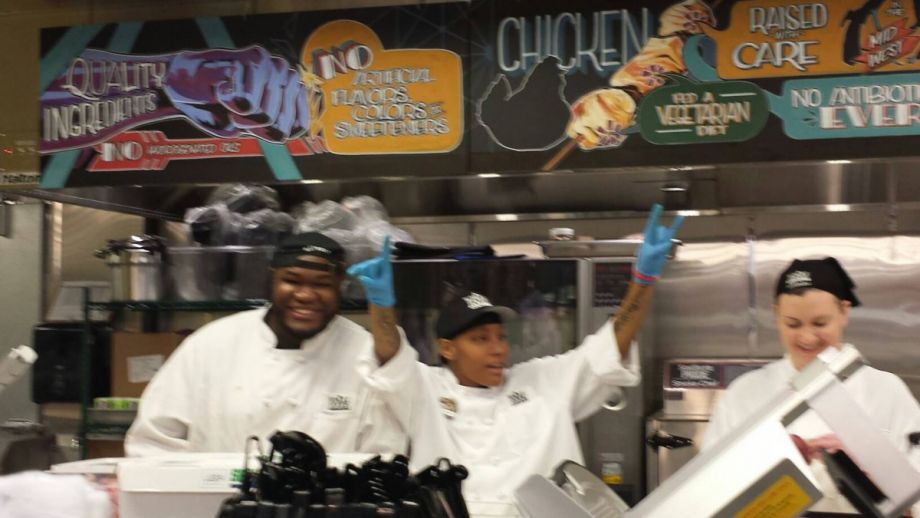 The long wait for Whole Foods in Detroit is over. After two years of obsessive local media coverage and questions of how it might transform the reemerging Midtown neighborhood, everyone’s favorite overpriced grocery store opened shop on Monday.

What does it mean for future development in the rest of the neighborhood?

“It’s sending all the right signals to other folks who are looking to consider Midtown for a business location,” Sue Mosey, president of the community development organization Midtown Detroit Inc., told me. “It helps build investor confidence for others to follow. If there are significant national companies making an investment, that’s a good bellwether for [small businesses and other national brands] to make an investment.” (Learn more about the work of Mosey’s CDC in a July 2012 Forefront story.)

Last year, Next City’s own Will Doig described this so-called “Whole Foods Effect” for Salon as a vote of approval that “can set into motion a series of events that change neighborhoods.”

Doig cites a 2007 study that used hedonic modeling to find that a “specialty grocer will increase surrounding home prices by an average of 17.5 percent, more than bookstores, bike shops or gyms (with the caveat, of course, that this varies greatly depending on the situation — in the instances studied, the increases ranged widely from 6 to 29 percent).”

Already, the phenomenon seems to be playing out in Detroit.

Just north of the central business district and ballpark downtown, Midtown — home to the Detroit Institute of Arts and Wayne State University — saw two dozen business open or expand in 2012. There’s no data to confirm that anticipation of the Austin-based grocer spurred this flurry of business, but everyone knew Whole Foods was coming. And the M1 rail line, set to open sometime in 2015, will cruise down Woodward Avenue with a proposed stop at Mack Avenue, one block from Whole Foods.

But development aside, the most encouraging part of Whole Foods’ arrival is that 72 percent of the people the company hired live in Detroit. Not the suburbs. Not the exurbs. The city.

“They were very intentional about making sure they hired local residents,” Mosey said. Given the sprawl of Metro Detroit it would have been easy for Whole Foods, one of Fortune 500’s Best Places to Work, to hire eager people who each day drove into the city and then out again, to spend their paychecks beyond city limits.

In addition to employing locals — and doing their part to help increase a diminishing tax base — the supermarket has gained some praise for its efforts to include local businesses on the shelves. “They’re making sure that everybody in the city they can work with they’re sort of lifting up in the store and creating economic opportunity for people,” Mosey said. “So that is, I think, a unique model that they brought to the neighborhood that’s great.”

Let’s hope so. The publicly traded company, like so many others, leaned on taxpayers for assistance with its move to town. Whole Foods sought $4.2 million in tax subsidies to help support its $10.7 million Midtown development, Crain’s Detroit Business reported in 2011.

I’m not going to pretend like this isn’t a boon for Whole Foods — it’s a savvy PR move and makes great business sense. There’s very little risk for a huge brand like Whole Foods and a lot of reward. We don’t yet know what lasting impact the grocer will have on Midtown, but its commitment to hiring locally and supporting Detroit businesses certainly bodes well.