Despite What Developers Say, Philly Keeps Getting Less Dependent on Cars – Next City

Despite What Developers Say, Philly Keeps Getting Less Dependent on Cars 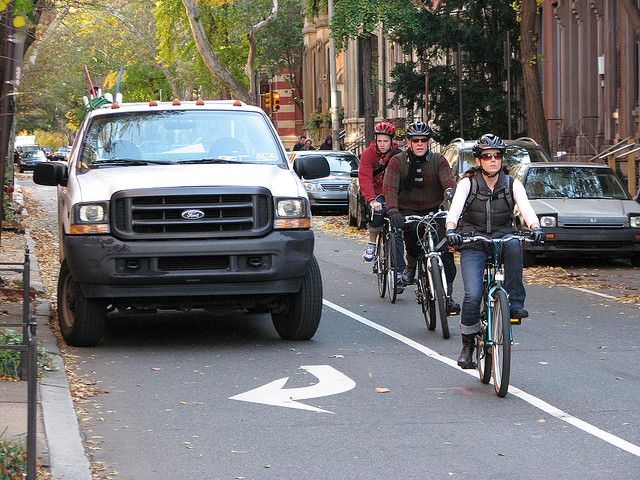 With the era of “peak car” upon us, few cities have exemplified the trend away from auto-dependent lifestyles better than Philadelphia.

Center City is now growing faster than the suburbs after decades of population loss, and transit-served neighborhoods are seeing high demand for rental housing. SEPTA ridership is at its highest level in two decades, and its regional rail service is also breaking ridership records.

Philly has the highest rate of bike commuting of the 10 largest U.S. cities, with bicycle mode share twice as high as that of the next-best city, Chicago. Neighborhoods in Center City and South Philly are in the same league as all-stars like Portland and Minneapolis for bicycle ridership. With bike share allegedly rolling out next year, and car share networks gaining popularity, it’s only going to get easier and more convenient to live car-free.

Yet some politicians and developers haven’t gotten the message, and are still trying to oversupply private car parking to the city’s most walkable neighborhoods. Philadelphia’s new zoning code, adopted in 2012, reduced regulatory requirements for developers and businesses to provide off-street parking. But since then, there have been intermittent efforts to reinstate the statutory parking minimums, rather than allow Philly’s walkable neighborhoods to naturally evolve in the more pedestrian-friendly direction envisioned by the new code.

And even where off-street parking isn’t legally required, some developers are still pushing to build the block-blighting ground-floor parking garages and curb cuts that the city, to its credit, is explicitly pushing back against. Jared Brey at PlanPhilly quoted one such developer in an article about the ongoing remapping of city neighborhoods:

[Developer Anne] Fadullon also pointed out that some more specific provisions are likely generating variance requests, such as the residential height limit of 38 feet combined with the prohibition on rear-yard parking. (At a zoning board hearing last week, attorney Hercules Grigos argued that those rules needed to be reconsidered as well.) The market, Fadullon said, “really seems to want” residential housing with ground-floor garage space and three stories above that, which can’t be squeezed into 38 feet.

Is this true? Do most of the people moving to Philadelphia really want a lot of new attached private parking garages?

I was inspired by Michael Andersen’s recent post at Bike Portland to check the Census numbers and find out. Andersen came up with a conservative measure of what he calls “low-car households,” or those that have fewer than one car per person. He included all households that don’t own a car, the two-person households that own one car, and the three-person households that own one or two cars. When he looked at their share of Portland’s population growth between 2005 and 2011 (the most recent data we have from the American Community Survey), he found that low-car households accounted for 60.3 percent of the growth.

But it’s the second half of that period that is really surprising. Between 2009 and 2011, when Center City population growth started to accelerate, the share of car-free households increased by more than 244 percent:

We’ll see if this trend holds when the 2012 American Community Survey results come out in September, but the most recent evidence we have shows that there were fewer car-owning households in 2011 than in 2009. Either Philadelphians have been retiring their cars, or population churn has been replacing car-owning households with car-free households.

Whatever the cause may be, the trend clearly shows that the people who have been moving to Philadelphia will require less space for cars than many public officials and developers have been expecting. It may be time to update city land use and transportation policies to reflect this new reality.