What’s Stopping Colo. Town From Being Smallest U.S. City With a Streetcar Commute – Next City

What’s Stopping Colo. Town From Being Smallest U.S. City With a Streetcar Commute 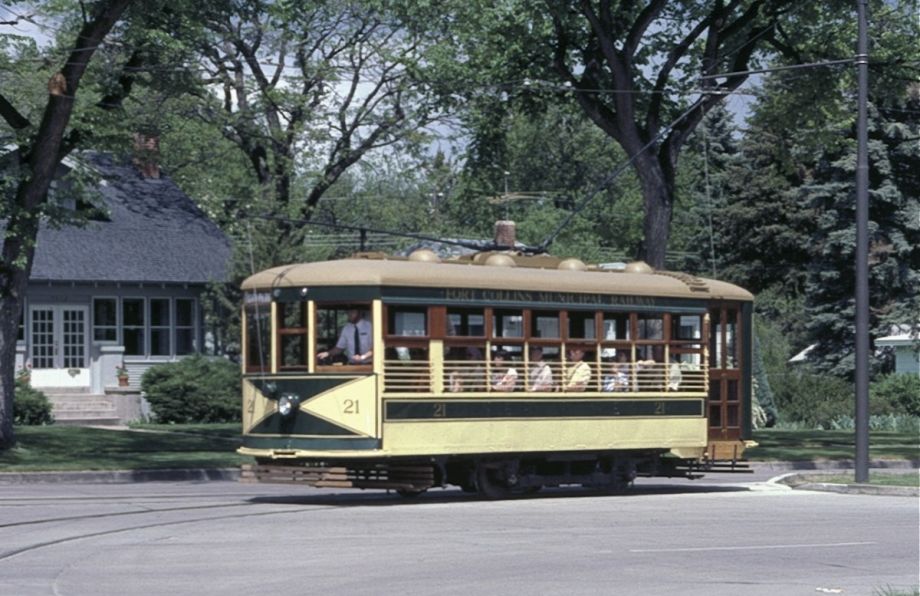 APTA Says D.C. Streetcar Is Good to Go
The transit doctor the District of Columbia Department of Transportation (DDOT) brought in to examine the problem-plagued, still-not-yet-open H Street modern streetcar line has concluded its study and given the route a clean bill of health, as long as it takes the medicine prescribed for it.

The Washington Post reports that the peer-review panel put together by the American Public Transportation Association has found “no fatal flaws” that would prevent the line from opening. It did, however, issue a list of 18 technical fixes DDOT needed to make in order to safely open the line. These include fixing track and switch problems, making sure all six of the streetcars work, appointing a chief safety officer and a new project manager, adding staff with experience in streetcar operations, and developing a master schedule for implementing the fixes.

“The team believes that with the appropriate resources and commitment by DDOT, it is possible to open the streetcar system,” APTA wrote in a letter to DDOT.

APTA will follow up on the letter with a detailed report of its findings; a draft of that report will be issued in April. In the meantime, new DDOT head Leif Dormsjo said that there is no set timetable or cost figure for making the fixes.

Ward 6 Council Member Charles Allen told the Post that he expected DDOT “to address APTA’s checklist items with all due speed … .” The last time a phrase like that appeared, the U.S. Supreme Court used it to indicate how fast the Brown v. Board of Education decision ordering the desegregation of America’s public schools should be implemented. In other words, don’t hold your breath waiting for a speedy opening of the streetcar line, for it might take a good long while for that to happen.

New Orleans Today, Fort Collins Tomorrow?
Heritage trolley operations have proved popular tourist attractions in a number of cities, and in some of those cities, they even serve a basic transport function (which is one reason why Memphis business owners are anxious to see that city’s heritage trolleys return to service). But only one U.S. city — New Orleans — currently operates a heritage streetcar route that provides everyday transit service using its own historic car fleet as opposed to imports and replicas.

(Yes, San Francisco has its cable cars too, but their higher fares set them apart from the rest of the municipal transportation agency’s system, making them a less integral part of the network.)

There is one other U.S. city that could do this, and city officials in Fort Collins, Colorado, are giving the idea serious consideration.

The Fort Collins Municipal Railway operated three lines that radiated from the center of the city to City Park, Old Town and the Colorado State University campus from 1907 to 1951. In 1981, the nonprofit Fort Collins Municipal Railway Society restored the line along Mountain Avenue from downtown to City Park along with one of the railway’s single-truck Birney streetcars; since then, the society has operated the line for the city as a seasonal tourist trolley on weekends and holidays, using an all-volunteer staff.

Now the city is seriously mulling the idea of reviving the line east from downtown to Old Town and running service on a daily basis. Should that happen, it would restore Fort Collins’ status as the smallest city in the U.S. with a streetcar system — but, as a news story in the Coloradoan notes, there are some serious obstacles to this coming to pass.

One is the condition of the tracks in Mountain Avenue. “They would have to be replaced no matter what,” said Karen McWilliams, historic preservation planner for the City of Fort Collins. There would also be the issue of negotiating grade crossings with both the Burlington Northern Santa Fe Railway and busy College Avenue, which carries U.S. 287 through the city.

Then there are the two Birney cars now in service. “Our equipment could never handle daily service,” said FCMR motorman Bob Browning.

For now, the notion of a revived working Fort Collins trolley service remains just a talking point, but as McWilliams noted, “All problems can be solved with money. That’s really all it would take.”

“Liang Jianying, chief engineer of Sifang Co., a subsidiary of China South Rail Corporation (CSR), told Xinhua [China’s state-run news agency] that China is the only country in the world that has fully developed the technology for rail system and the new tram is the only one of its kind in the field,” the article states.

There’s one small problem with that claim: A California company already has hydrogen-fueled heritage trolleys now shuttling tourists and residents around Oranjestad, the capital of the Caribbean island of Aruba.

An article published last October on the Caribbean News Now! site describes the 1.5-mile line, the first streetcar line of any kind in the Caribbean. The free trolley meets cruise ships docked at the Oranjestad pier and takes passengers along the town’s Main Street. The schedule, according to the article, is erratic, but when the cars run, they provide a great view of the historic port town.

TIG/m, a manufacturer of self-propelled streetcars in Chatsworth, California, developed the fuel-cell technology for the Aruba heritage trolley in conjunction with the California Fuel Cell Partnership. A page on the company’s website notes that the company supplied both the cars and the hydrogen fueling station for the system.