Memphis Streetcars Will Come Back, But When? 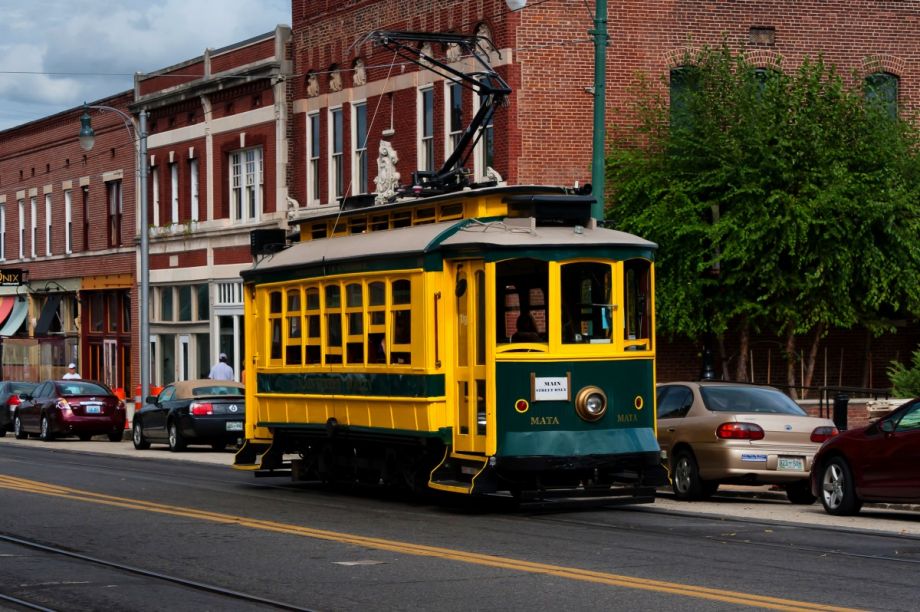 Our weekly “New Starts” roundup of new and newsworthy transportation projects around the world.

No Restored Trolleys for Memphis in May
Galveston isn’t the only city that’s suffered delays in restoring heritage streetcar service in the wake of a disaster. Memphis, the Mississippi River port in Tennessee long associated with blues, barbecue and Elvis, is also struggling to restore service on its heritage network, which has been idle since last June.

The difference between the two cities is that Memphians are anxious for service to return. Businesses located along Main Street, the spine of the trolley system, have been pressing the Memphis Area Transit Authority (MATA) to return its sidelined trolleys to service in time for the annual Memphis in May barbecue competition.

Ain’t a-gonna happen, says MATA President and CEO Ron Garrison, who broke the bad news to members of the South Main Association at a meeting of the organization last week.

A report in the Memphis Daily News quoted Garrison as saying, “The trolleys are not going to be back — the vintage trolleys that we have right now — real soon.” The system’s 17 trolleys, 16 of which are vintage streetcars imported from Melbourne and Porto, Portugal, were all taken out of service in June 2014 after two fires, one in December 2013 and the other in April 2014, destroyed two of the ex-Melbourne cars.

An investigation and a peer review of MATA’s operation found that the cars had not been adequately maintained and that there was little or no training or regulation of system personnel. MATA officials weighed the option of ordering new replica trolleys before deciding to overhaul the existing fleet. A WBHQ Fox 13 Memphis report noted that a $6 million federal grant for the repairs brought with it a host of regulatory hurdles the agency has had to clear before service can be restored. The cars’ age — according to the review, the historic trolleys are at the end of their useful life even after taking into account their restoration upon arrival in Memphis — isn’t helping matters any.

One South Main businessman termed the delay and lack of a firm date for resumption of service an “embarrassment,” and Garrison agreed. But according to the Daily News, the best answer he could give to the question, “When might service resume?” was that there was the possibility that two or three cars might be cleared to return to service sometime in May or June. As for the rest of the fleet, “I will not say that they will not be back in ’15,” he said. “What I will say is something will be back in ’15 and I hope and believe that it will be some semblance of the current trolleys. … It may be leased trolleys. It may be some leased streetcars. It could be a mix of the two.”

Planning Work Begins on Medina Metro
The Saudi Arabian city of Medina, one of the two holiest sites in Islam, is taking the first step down the road to a new metro system that will move both residents and the millions of pilgrims who come each year around the city starting in 2020.

Both the International Railway Journal and Railway Gazette International reported last week that the Medina Metro Development Authority has awarded a contract for preliminary design work on the system to a consortium of two global engineering design and consulting firms based in France, Egis and Systra. The contract covers feasibility studies and preliminary design work for the three-line, 95-km system, including preparation of tender documents for design-build contracts for the actual work.

The system, which will be built in phases with initial service set to begin in 2020, will have 25 km of subway tunnels and 48 km of elevated structures.

Triangle Light Rail Presses Toward Funding Application Deadline
Now that voters in Durham and Orange counties in North Carolina have approved sales taxes to cover a portion of the cost of a planned light-rail line connecting Durham with Chapel Hill, Triangle Transit is working steadily to meet application deadlines for federal funds the agency expects to cover half the cost of the system’s construction.

To help make the final decisions it needs to make about the line’s routing in time, Triangle Transit is turning to the public for advice. Two public meetings this week will gather feedback on possible alignments of two route segments, where to locate two stations and where to put the line’s maintenance shop. A third route segment, through downtown Durham, is still the subject of negotiations with the North Carolina Railroad that will delay public feedback and a final decision until June.

Triangle Transit officials told the News & Observer that, because the Durham-Chapel Hill line was one of only two light-rail projects approved for full federal grant funding under the New Starts program this year, the agency is committed to keeping to a schedule that calls for the agency to decide on a final route and complete an environmental impact statement by the end of February 2016.

The federal funding is crucial to the project’s completion, but it’s not certain any more whether it will cover half the cost of building the 17-mile-long line. The project’s price tag has risen from $1.37 billion in 2011, when Durham voters approved a sales tax to cover part of the local share, to $1.82 billion today. Triangle Transit planner Patrick McDonough said that sales tax revenues were accumulating at a rate that could allow construction to begin in 2021, but that the actual start date would depend on when the federal and state money would be in hand. The state also is likely to come up with less than its full 25 percent share of the project’s costs by the time work should begin, and Durham Mayor and Triangle Transit Board Chair William Bell says officials are discussing ways to fill the gap.

Know of a project that should be included in this column? Tweet @MarketStEl using the hashtag #NewStarts.