Dana Cuff on Backyard Houses, an Architect’s Role in Affordable Housing, and Spatial Justice in L.A. – Next City

Dana Cuff on Backyard Houses, an Architect’s Role in Affordable Housing, and Spatial Justice in L.A. 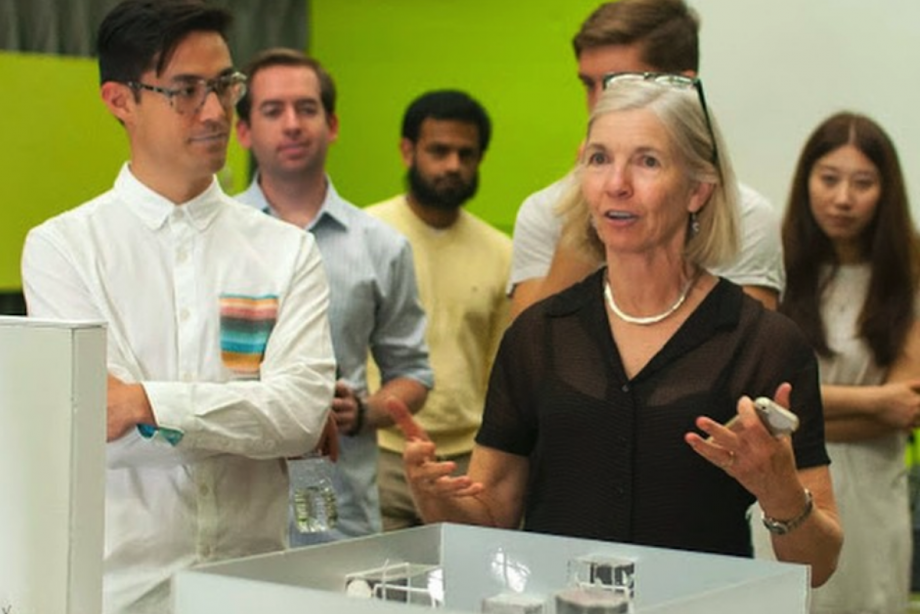 In September, Dana Cuff, an architect and director of CityLAB at UCLA, received a Women in Architecture Award from Architectural Record for her activism and CityLAB’s years of research into accessory dwelling units. Cuff was co-author with California Assembly Member Richard Bloom of AB 2299, a bill passed in 2016 with the intention of making ADUs, also known as backyard homes or granny flats, easier to build across the state. Architectural Record recognized Cuff as an “expert in affordable housing and the politics of space.” She talked with Next City about her work at CityLAB, doubling the density of Los Angeles, affordable housing policy in California, and the role of architects in addressing the housing crisis. The conversation has been edited for length.

Tell me about CityLAB and the Backyard Homes project that you coordinate.
CityLAB is a design research center at UCLA in the School of the Arts and Architecture that basically initiates projects that allow us to think through better ways for cities to grow and change, primarily through design — through architectural design.

What kind of research do you do?
We have a number of initiatives, but probably the ones that have been most dominant have been around the post-suburban city and urban spatial justice. The kinds of work we do tries to reimagine Los Angeles as a denser, more cosmopolitan, more inclusive city. Which I think is something everybody wants but we don’t often see examples of how to do it.

The award you received from Architectural Record is in the category of activism, and I think that’s partially in honor of the work you did on ADU legislation in California. Can you talk a little bit about that work and what you were trying to accomplish?
It started with a kind of broad claim that we needed to double the density of Los Angeles. In L.A., where the single-family home on its own piece of property was kind of the DNA of the city, we were trying to think about ways that you could make it more sustainable and more affordable without really changing the character of the city. And secondary units — small units tucked into the backyard — was one way that seemed obvious. But it was kind of an uphill battle, frankly. First to convince architects that it was actually an architectural interest, and also, more importantly, to convince leaders and politicians and neighborhoods that this would be an acceptable direction to go. And after working for 10 years, looking at every single aspect of how granny flats, or what we call backyard homes, might work, I finally got the chance to co-author the bill with Assembly Member Richard Bloom’s office in the state legislature.

We know there are 8.1 million single-family homes in California. If every one got a backyard house it would really be an amazing housing rush and we’d finally get more of the housing that we need. There’s no single answer to our housing crisis, of course. But I think backyard homes is a far more significant contribution to overcoming the housing crisis than people were originally thinking.

Talking about spatial equity and spatial justice, is it incumbent upon owners of single-family homes in places like L.A. to think about the space that they possess as potentially part of the crisis?
Yes. It’s not only that we’ve doubled the density of the state of California, we’ve eradicated single-family zoning. And that’s massive. It basically means that the old mantra that a man’s home is his castle isn’t the appropriate metaphor any longer. In our homes, we will have to, in our next generation, share. And I think that’s a profound change. Basically we’ll share the lives we live every day in our neighborhoods. And that’s the way we have to be thinking, in my mind, if we’re going to have a more just and inclusive and diverse city.

What kind of responsibility do you think architects have in relationship to the housing crises that are happening in so many cities?
I think a lot of people think architecture is just about how something looks, but really, it’s how something looks that allows you to actually imagine what life would be like. And until we start imagining our cities in new ways, not just in ways that allow for massive development or only for market-driven housing, but we actually imagine a denser life that still seems livable — that’s what architecture permits, is the imagination to go in places that maybe even markets wouldn’t normally drive it.

I’m no architectural historian, but my sense is that a lot of times architects have taken a sort of speculative approach to these kinds of questions. But the imagination that you’re talking about drove you to get down in the dirt with legislators. Is it a different sort of mode of imagination to what you’re doing than what a lot of other architects are doing?
You’re exactly right. There’s a long tradition in architecture that has been much more utopian thinking. And I’m still open to utopianists, but that’s not where my work and CityLAB’s work has gotten the most traction. It’s really in what I call radical increments, meaning infill changes. Looking at our existing environment, Los Angeles is an amazing space to think about alternative urban models. New York is already built out, Chicago’s got its long history, but Los Angeles, Phoenix, places in the Southwest, Houston, we’re not so rule-governed. We’re not so codified. It’s not like this is Paris or London, and no one thinks it is. So we can actually lay out the next generation of possible [scenarios] in ways those other cities can’t do. So we think — I think — it’s really important for architects and urbanists to propose the kinds of changes that have big implications but maybe look small at the start. And really, the secondary units were exactly that.

There’s a lot going back and forth in the California legislature now related to increasing housing supply and things like that. Are there other laws or efforts that CityLAB is sort of keen on at this point?
Because the state is in a well-recognized housing crisis, people are much more open to innovative alternatives. So all the work that’s going on around manufactured housing and new forms of housing technology and construction that might be less expensive, all the ways we can look at new land use, like taking advantage of schools, or caps over freeways, or on certain parking lots. There’s a lot of studies of new kinds of density. I think that’s what SB50 was about. [Editor’s note: SB50 was a bill in the California State Senate earlier this year that would have required cities to permit dense housing near transit stations and job centers. Its primary sponsor was State Sen. Scott Wiener, of San Francisco.] In my mind, SB50 — this is what we successfully overcame in the ADU law, because we partnered with our Northern California colleagues, who co-authored the bill also. But I think that SB50 really represented a kind of Northern California interest, and they need a Southern California perspective, and that’s the kind of thing that CityLAB tries to do. And I’ve offered our assistance to Scott Wiener. We’re ready to work with him to help figure out how SB50 could work in Los Angeles and San Diego and the Southern California fabric as well as it might in the Northern California fabric.

Is there anything else you want to talk about before I let you go?
We’re really using UCLA as our new laboratory, because the administration at UCLA is extremely interested in housing its students better. And it’s very creative. It’s not just mission-driven, it’s creative, and it recognizes its public role. So I’m hoping we can set up a lot of new housing experiments right here on the campus with our partners in the administration, and that’s another main prong of CityLAB’s work right now.