Why Some Tenant Groups Are Opposing California’s Density Bill 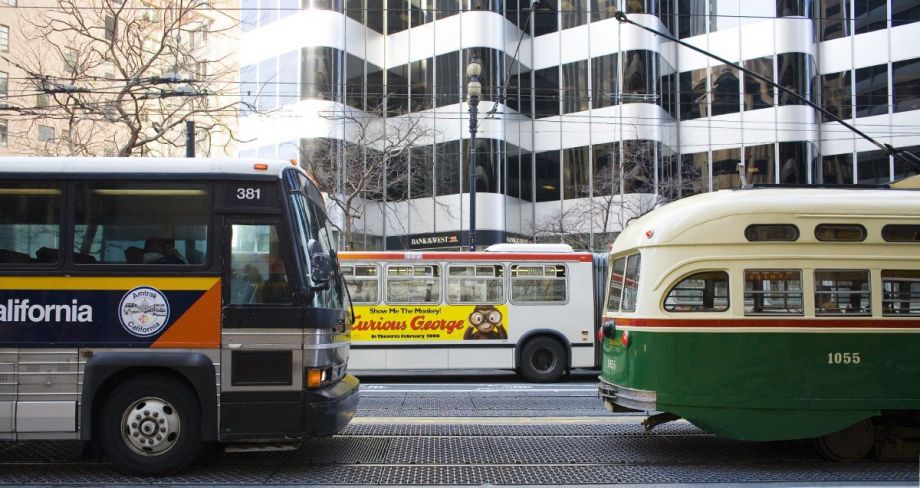 In hopes of addressing one of the most dire housing shortages of any state in the U.S., California State Sen. Scott Wiener is trying to rally support for a bill that would allow new multifamily housing in cities across the state. Like SB827, a similar Wiener proposal that was quickly killed last year, the new bill, SB50, would remove local control from some zoning decisions, requiring cities to permit dense housing projects near job centers or transit nodes. It incorporates inclusionary housing standards that would require developers to provide various amounts of low-income housing in new apartment buildings, depending on the size of the project. Unlike SB827, SB50 appears to have some momentum. SB50 was approved by two key legislative committees in April, and polls suggest it has the support of most California residents. But it has also generated opposition from some groups that are typically supportive of affordable-housing efforts.

The bill includes some protections that weren’t included in SB827. One provision would allow “sensitive communities” — neighborhoods with high rates of poverty or segregation or other indicators of disadvantage or vulnerability to gentrification and displacement — five years to develop standards of their own that implement the upzoning provisions of the bill. But some say that an influx of market-rate housing in some areas could lead to rising property values and displacement, and the protections for those areas don’t go far enough to offset the threat.

“That [provision] is a recognition by the author and I think everyone involved that there are certain communities that will be impacted in a potentially very negative way with SB50 as it’s being proposed,” says Norma Garcia, director of policy and advocacy for the Mission Economic Development Agency.

In a recent op-ed in the San Francisco Examiner, Garcia wrote that it wasn’t clear how allowing “sensitive communities” a chance to delay implementation of the bill would let them avoid its potential harms in the long term, and that more immediately, most of the Mission was left off the maps of sensitive communities altogether. She tells Next City that the inclusionary housing provisions of the bill aren’t enough to offset the potential impacts of upzoning large parts of the neighborhood. SB50 would increase the development value of land in the Mission, she says, and put the low-income Latino community in the area at risk of being entirely displaced.

“There are times when the state can make policy mistakes and then you can just redo the regulations or you change the law, and that’s not a problem,” Garcia says. “When you change the physical, structural landscape, that’s kind of forever. You can’t go back on that. The big question here is, how much are we willing to experiment, and on whose back? And so far, it’s not looking good for the Mission District.”

But Randy Shaw, director of the Tenderloin Housing Clinic and author of the book “Generation Priced Out: Who Gets to Live in the New Urban America,” says that opposition to new market-rate housing is what has made the housing crisis in California’s cities so severe. Shaw, who supports SB50, has written that SB827 failed partially because Wiener wasn’t able to organize a “big tent” of supporters, and that many housing advocates distrust him because of the support he receives from developers. Adding multifamily buildings in areas where they’re not currently allowed in San Francisco will lower the cost of housing and provide options that don’t require newcomers to commute long distances, Shaw believes.

“The people who are in tenant groups completely ignore the fact that no one but a rich tenant can move into the vast majority of San Francisco neighborhoods, and they seem fine with that …” Shaw says. “What is the strategy that progressives who oppose SB50 have for getting working- and middle-class tenants into gentrifying neighborhoods? I don’t think they have a strategy. There’s none. And that’s the problem.”

Shaw’s arguments in favor of SB50 hew closely to the sponsor’s. In a press release marking the introduction of the bill last December, Wiener said, “California’s housing shortage hurts our most vulnerable communities, working families, young people, our environment, and our economy. It also increases homelessness. For too long we have created sprawl by artificially limiting the number of homes that are built near transit and job centers.”

In some ways, the SB50 debate is playing out along the typical NIMBY/YIMBY divide. But it’s not a neat line. Tenants Together, a coalition of three dozen tenants’ rights groups in California, voted to oppose the bill. Some of the member groups are outright opposed to the proposal, while others are trying to work with Wiener on amendments, says Shanti Singh, the group’s communications and development coordinator.

“There’s a lot of ways to think about, it but it’s basically the question of like, yes, we should have dense, transit-friendly development. It’s incredibly important for the climate. But who are we building it for?” Singh says. “Who needs it the most right now? And I think that requires a more confrontational politics than the kind of SB50, technocratic tinkering.”

Singh, who is also a member of the group Yes to Affordable Housing!, says that most tenants groups oppose the type of NIMBYism that protects wealthy single-family areas from any new development — protections SB50 is meant to remove. But the problem with the SB50 approach, she says, is that it simply seeks to remove the levers that NIMBYs can pull to “hijack the system.” And attempts to streamline the development process doesn’t actually do anything to empower marginalized communities or help them “exercise their right to the city,” she says. Even for neighborhoods that are considered “sensitive communities,” the bill only provides a delay during which they can create their own plans for allowing new housing near transit stations. In many of those communities, just building the type of organizing infrastructure that would be required to create a true community plan would take years, Singh says.

“Really, the options that they have is complete disinvestment or a deluge of investment that forces them out,” she says. “That’s the binary. I understand the temptation to say, ‘Any mechanism by which NIMBYs can obstruct the construction of housing in their neighborhoods, let’s just get rid of all of that statewide and blanket upzone,’ but the collateral damage is just, honestly, too great in my opinion. And that’s why I think we need to get past that.”