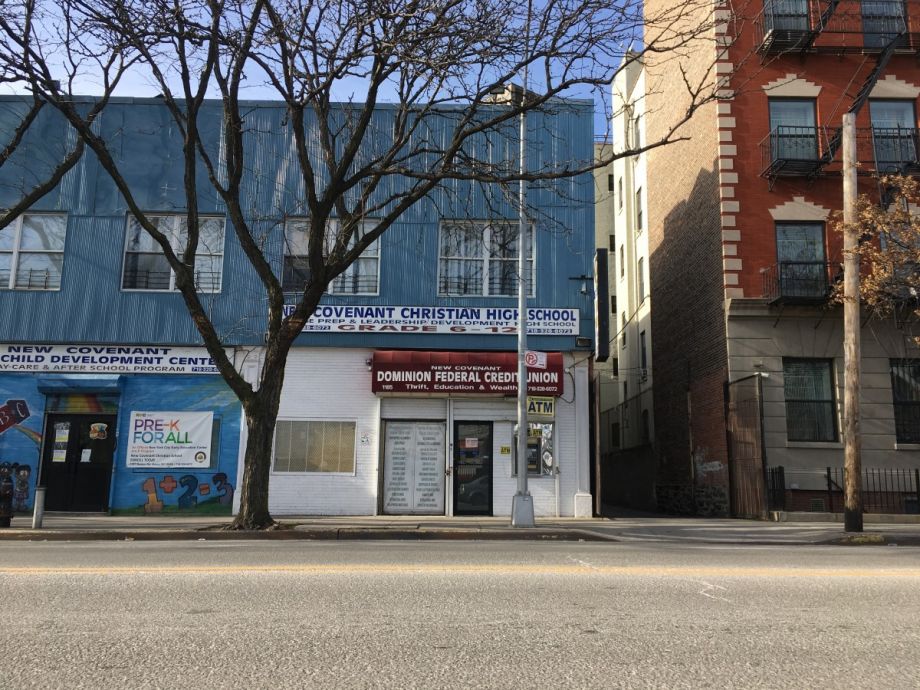 In Morrisania, you’re never far from a place of worship. Christians and Muslims gather, in storefront churches and mosques, on seemingly every block of the South Bronx neighborhood, sometimes on the same block. They pray, they study scripture, and they serve. And in neighborhoods that other institutions largely neglect, religious congregations cobble resources together to provide access to child care, education, healthcare, workforce development and even financial services.

South Bronx-based New Covenant Christian Ministries is one of them. In addition to a K-12 private school system, a pre-K program, and a community development corporation providing job training and other services, New Covenant established a credit union in 2007, joining the long tradition of religious congregations that have done the same in underserved communities.

“Part of our vision and mission is to train and develop people in financial skills, to be thrifty in their handling of finances, and create wealth,” says Archbishop Joseph A. Alexander, who leads New Covenant and chairs the credit union.

It was nearly impossible to do that, however, with so little access to full-service financial institutions. In a one-mile radius around New Covenant Dominion Federal Credit Union’s main branch in Morrisania, there are zero bank branches. Distance matters in transit-dependent NYC; in the same ZIP code as the credit union, only one in four households has a car, according to Census Bureau estimates. There are two other credit unions less than a mile away, both attached to other religious congregations. New Covenant is by far the largest of the three, with around 660 members (it has had as many as 1,155) and around $854,000 in assets.

And they want to grow, Alexander says, especially when it comes to small business lending. About one in 20 members of New Covenant’s congregation have their own businesses, Alexander estimates, but the credit union has made no small business loans to date. This year, they’re moving forward with plans to expand into small business lending, after gaining federal certification as a community development financial institution (CDFI). New Covenant is one of the first five credit unions to go through a new streamlined certification process for credit unions established by agreement between the National Credit Union Administration (NCUA) and the U.S. Treasury’s CDFI Fund.

“When NCUA opened that door for small credit unions like us, we jumped at it,” says Alexander. “Our community needs to be creating wealth, running businesses.”

The NCUA, the federal agency that regulates and insures credit unions, announced the streamlined process a year ago in partnership with the CDFI Fund, the U.S. Treasury program that certifies CDFIs and provides a range of programs to support their work in distressed urban and rural communities across the country.

Under the agreement, the NCUA uses data it collects anyway as a regulator to identify credit unions that would be eligible for CDFI certification. The two top-level CDFI qualifications are 60 percent of lending targeted to low- to moderate-income households or communities, and some way of maintaining accountability to the target market. As member-owned and member-governed institutions, credit unions easily meet the accountability qualification, so it’s mostly about identifying which credit unions have a membership that meets the target market requirement. In the past year, NCUA identified around 500 credit unions that met the CDFI target market requirement and notified them of their preliminary CDFI certification.

For credit unions that are interested in completing CDFI certification, the CDFI Fund created a shortened application form, which the NCUA also pre-fills with much of the necessary information it already has for each credit union.

“What we hope to achieve is to see a number of credit unions become certified, and start to improve the communities in which they serve, especially unbanked, low-wealth, minority populations, bringing them back into the formal financial system,” adds Ninichuk.

And yet, Ninichuk says, “we’ve found that credit unions weren’t represented well overall in the CDFI environment.” Out of 1,069 federally certified CDFIs, 550 are loan funds, 15 are venture capital funds, 222 are banks or depository holding institutions, and 282 are credit unions. The NCUA and CDFI Fund hope to double the number of CDFI-certified credit unions as a result of the streamlined certification process.

CDFI certification provides access to key resources for credit unions focused on distressed communities. The CDFI Fund’s grant programs can often support for hiring new staff or training staff to expand product offerings. Public sector support is often the only way such credit unions can finance expanded product offerings. Although credit unions are nonprofit organizations, they aren’t 501c(3) organizations, which can put a damper on philanthropic support for new staff or product development. New Covenant plans to apply for CDFI Fund support to hire and train small business lending staff for its credit union, which currently has only one full-time staff member.

“That’s our value proposition. Are you reaching as far as you could for low-income members in your membership, and do you want to go further,” says CDFI Fund Director Annie Donovan.

With more CDFI-certified credit unions, Donovan also hopes to expand the network of partners available to do the work of community development in a coordinated fashion. CDFIs include credit unions, banks, loan funds and venture funds. Each type of institution carries its own strengths. CDFI loan funds dominate affordable housing and large-scale commercial or industrial development; CDFI banks and credit unions typically hover more toward the consumer realm of financial services. Credit unions in particular are most effective at reaching out to currently unbanked or under-banked populations that are most vulnerable to predatory lending, according to Donovan.

“If you look at our map, we have coverage gaps. We need to have a diversity of CDFI types and strategies, because that’s what communities need,” says Donovan. “Where we are seeing the most robust change, where are we moving needles, it’s in places where multiple CDFIs are coming together with different strategies to accomplish a bigger goal.”