Creating Civic Infrastructure for a Changing Philadelphia – Next City 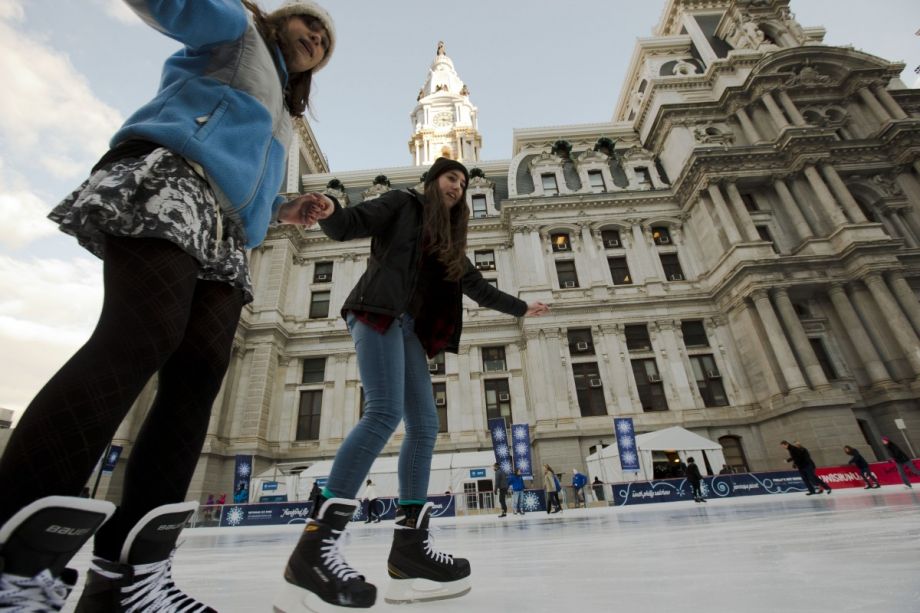 Ice skaters make their way around a rink at the base of City Hall at Dilworth Park in Philadelphia. (AP Photo/Matt Rourke)

Only a decade ago, Philadelphia’s population reached its lowest point in a century. In the ensuing 10 years, though, the city’s population has increased by upwards of 34,000 and no major American city has experienced a larger increase in the population of 20-to-34-year-olds, according to a 2014 study by Pew Charitable Trusts.

The demographic shifts extend beyond an influx of millennials — the city’s population of Asian and Hispanic residents is growing rapidly while both the white and black populations have shrunk. Economics have shifted too. Rates of employment and job creation have improved, factoring into a drop in the poverty rate, an increase in the population of households earning more than $100,000 annually and a jump in property values and rents across the city, stoking development as well as fears of gentrification and displacement.

Philadelphia stands at a pivotal moment with a new mayor in City Hall and billions of dollars in new investment slated to transform Center City and its periphery. Yet, even as so much changes, many things stay the same, including a poverty rate that remains the highest among the nation’s 10 largest cities and lingering social divides.

These differences were captured in a poll released by Pew last year. While the survey indicated that Philadelphians on the whole are more optimistic about their city than they have been in the past, affluent respondents were more likely than those earning less than $30,000 to feel that the city was moving in the right direction, and white respondents were more likely than black and Hispanic residents to recommend the city to others and to express confidence in the ability of police to deliver fair treatment. Pew’s results underscore the need for inclusive dialogue about the city’s ongoing evolution and further analysis of the factors contributing to divisions.

With this as a starting point, Next City approached the William Penn Foundation to collaborate on a project that would explore the changing face of Philadelphia through journalism, research and events. Philadelphia in Flux is a public exploration of Philadelphia’s changing communities designed to encourage productive dialogue among neighborhood residents, community leaders and public officials through a mix of data-informed, solutions-oriented narrative journalism, research and real-time discussion facilitated through four public events to be held in affected neighborhoods across the city over the next year.

As an organization with a mission to inspire social, economic and environmental change in cities, we know that discourse alone can’t solve the social inequalities and systemic dysfunctions that Philadelphians are responding to when they voice distrust of the police or concerns about the state of their community. Yet knowledge sharing and storytelling are proven strategies for building the public empathy and consensus needed to move the needle.

Philadelphia has made tremendous gains and taken promising steps to ensure growth continues, including a new sustainability plan, creating a land bank to streamline the redevelopment of vacant properties, adopting a new comprehensive plan, developing green infrastructure and strengthening the tax collection system through the Actual Value Initiative, better data systems and the Longtime Owner Occupants Program. All of these policy wins took years of careful coalition and consensus building across multiple communities and for each achievement, examples can be found of other reforms stymied by politics or a lack of public engagement. Philadelphia in Flux will provide the informational resources and engagement opportunities needed to move past the roadblocks of the past and strengthen Philadelphia’s civic capacity to navigate through the turbulence of change, toward a better future.

So far, we’ve explored migration patterns, retail lessons and a promising model for neighborhood development beyond the confines of Center City. In upcoming stories, our journalists will delve into neighborhoods to report on other urban planning challenges that come as neighborhoods grow and change. And, we will soon be working with researchers from The Reinvestment Fund, Temple University and the University of Pennsylvania to answer the following questions:

This weekend, Next City kicks off the event series with a keynote address by Omar Woodard, executive director of Greenlight Philadelphia, and a panel discussion focused on how Philadelphians can come together to design civic infrastructure to meet the needs of a changing city. In partnership with 900AM-WURD, Philadelphia Media Network and Philadelphia Community Access Media, and with the support of the William Penn Foundation, we seek to enhance the dialogue and explore ways to create the civic infrastructure critical for the success of a changing city. If you are in Philadelphia on Saturday, please join us for this important event.

We also invite you to follow our features and posts, as well as comment on how your city has addressed similar challenges or proposed comparable solutions. Philadelphia is where America began, but in many ways, it’s an American city of the future. Join us on this journey to create cities that are equitable, inclusive, prosperous, resilient and sustainable.