Civic Infrastructure for a Changing City

Civic Infrastructure for a Changing City

Philadelphia in Flux is an exploration of Philadelphia’s changing communities aimed at encouraging productive dialogue among neighborhood residents, community leaders and public officials through longform journalism and free public events held across the city.

You’re invited to kick off the event series with a keynote address and panel discussion focused on how Philadelphians can come together to design civic infrastructure to meet the needs of a changing city.

This event series is brought to you by Next City in partnership with 900AM WURD, Philadelphia Media Network, and with the support of the William Penn Foundation.

This event is free and open to the public. Drinks and appetizers will be served. Your RSVP is required for this event. Please RSVP below. 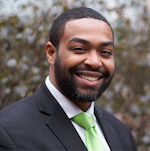 Omar Woodard
Executive Director, GreenLight Philadelphia
Omar Woodard joined the GreenLight Fund as the executive director of the Philadelphia office in January 2016. He comes to GreenLight with a decade of experience working in venture philanthropy, management consulting and foreign and U.S. government relations.

Solomon Jones
Host, “Wake Up With WURD”
Solomon Jones is an Essence bestselling author and award-winning journalist who has been featured nationally on NPR’s “Morning Edition,” CNN Headline News, in Essence magazine and in a Verizon advertising campaign called “Realize,” which spotlighted entrepreneurs who overcame adversity to succeed. 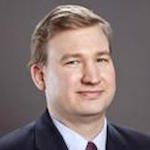 Brian Abernathy
First Deputy Managing Director, city of Philadelphia
Mr. Abernathy previously served as the Executive Director of the Philadelphia Redevelopment Authority. Prior to joining the Authority, Mr. Abernathy was Chief of Staff to the City’s Managing Director, where he was responsible for the office’s budget, coordinating special projects – including creation of a comprehensive unified land management policy. Mr. Abernathy is currently President of the Board of Directors at the Arden Theatre Company and a trustee of Philadelphia Culture Trust. 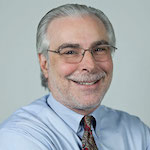 Ira Goldstein
President, Policy Solutions, Reinvestment Fund
Prior to joining Reinvestment Fund, Mr. Goldstein served as the director of fair housing and equal opportunity for the Mid-Atlantic region at the U.S. Department of Housing and Urban Development. He also teaches a quantitative research methods course for the Urban Studies Program at the University of Pennsylvania. 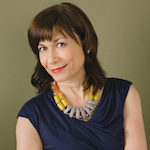 Inga Saffron
Architecture Critic, The Inquirer
Inga Saffron, The Inquirer’s architecture critic, writes about architecture, design and planning issues. She was awarded the 2014 Pulitzer Prize in Criticism. Her popular column, “Changing Skyline”, has been appearing on Fridays in the paper’s Home & Design section since 1999. In 2012, she completed a Loeb Fellowship at Harvard University’s Graduate School of Design. 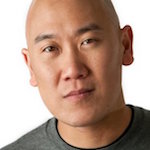 Rev. Laurence Tom
Board Member, Asian Arts Initiative
Laurence seeks to renew neighborhoods through community-based strategic initiatives. He has a passion for next generation leadership development and community transformation incorporating creative processes, entrepreneurial mindsets and spiritual frameworks. Laurence is a pastor at the Chinese Christian Church and Center and a board member of the Asian Arts Initiative in Philadelphia.