COVID-19 Puts Structural Racism On Full Display — Will We Finally Do Something to Correct It? – Next City

COVID-19 Puts Structural Racism On Full Display — Will We Finally Do Something to Correct It? 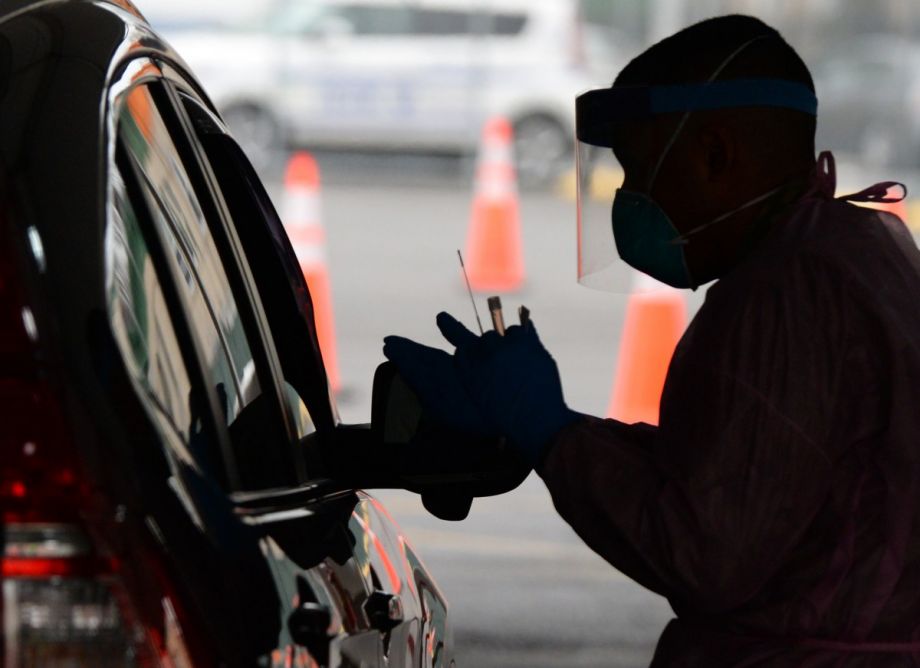 Pfc. Gian Zimnis, a Combat Medic Specialist from Queens, N.Y., assigned to the New York Army National Guard, instructs a motorist before administering a swab, to test for COVID-19 infection in Brooklyn, N.Y., April 20, 2020. The coronavirus outbreak has disproportionately affected people of color across most of the country, and especialy in New York City. (U.S. Air National Guard photo by Senior Airman Sean Madden)

COVID-19 is a dangerous new reality, spreading indiscriminately and without regard for skin color or cultural background. Yet many black and brown Americans are dying at disproportionately high rates. Will this be the time that we stop talking about structural racism and finally do something about it?

By all accounts of science and chance – and with equal levels of exposure and risk – the rates of infection and death across all communities should be the same. But as we have learned from responsible news reporting, the rates of infection and death are not the same, particularly along racial lines. As our country surpasses 1.3 million infections and more than 80,000 deaths, black people so far represent nearly 30 percent of all infections yet only 13 percent of the national population. In some cities, the number is even higher. However, we should not be surprised.

For communities of color in the United States, COVID-19 has transformed an otherwise protracted assortment of chronic health issues associated with poverty, overcrowding, and uneven access to public space or quality housing – among them cardiovascular disease, hypertension, diabetes, cancer, and asthma – turning them into abrupt and immediate death sentences. We have a name for the uneven distribution of exposure and risk along racial lines, and it’s not COVID-19. It’s structural racism.

Where this coronavirus is lacking in racial bias, the United States has made up for with a resilient and highly adaptive white supremacist capitalist racial ideology. It is an ideology that is etched into our national DNA, rooted in the exploitation of human beings for economic gain – the perverse logic of slavery – and which has laid a long and injurious legacy for black and brown communities. It has justified spatial and economic exclusion (segregation and red lining), racial terrorism (Jim Crow laws and community massacres), community theft (block-busting and predatory lending), targeted community removal (urban renewal and federal highway programs), criminalization of blackness and loss of voting rights and citizenship (mass incarceration and deportation), or simply blanket ethnic exclusion (anti-immigration orders against what our President has named “shithole” countries).

As if all of that was not enough, communities who experience higher levels of exposure and risk to the coronavirus have now become our “essential workers”, positioned at the front lines of this pandemic. They are the transit workers, doormen, janitors, health care workers, food producers, grocery store staffers, and warehouse and delivery workers – those on which every one of us is relying to get us through this crisis. They are underpaid, underinsured, and they are very often black or brown.

Our nation’s willingness to accept collateral damage in exchange for capital gain is proven; especially during national disasters like the one we are experiencing now. As was the case for Hurricane Katrina in New Orleans, Hurricane Maria in Puerto Rico, and the poisoned water crisis in Flint when black and brown people were disproportionately affected, a national discussion about race is once again underway. But promising as these race-facing (and racism-naming) national discussions can seem while they are taking place, they always turn out to be fleeting. If action is taken at all, it relies on a ‘rising tides lift all boats’ framing rather than an explicit commitment to racial justice.

Though the COVID crisis has put the lethal legacy of slavery on full display, the CDC only recently started collecting and disaggregating data by race. Their slowness to act decisively is either from political embarrassment, willful ignorance, or ambivalence to the immediate and life-saving significance of this information, and so when the US President and many in his political party push to reopen the economy prematurely, we shouldn’t be surprised. Once again, economic concerns in this country are taking priority over public health concerns and human life, as they often do when black and brown people are involved. A more strategic rollout of this information could have allowed Americans to get on board with a strategy, supported by race-disaggregated data, to ensure that resources were directed to the right communities.

Structural racism is insidious. It doesn’t rely on decision-makers to themselves be racists. Instead, it is a generations-old system of norms and parameters which provide the framework for almost every decision we make. As history confirms, the roots of American society lie in a slave economy, and our racially-structured political and economic system is reinforced by a legal system that relies on history (which is precedent) for administering justice. In most cases, instead of radical transformation, our system delivers us a watered-down version of what we already are; in other words, when the gavel drops or the bill is passed, we are simply left with white-supremacist capitalist racial ideology-light. So, it should come as no surprise that racial equity transformation is slow, and that it never comes without a fight.

When you water something down, it becomes a diluted version of itself. What we need right now is something altogether different. Instead of passing up yet another opportunity to right a four-century-old wrong, it’s time to finally ensure that a post-COVID-19 recovery benefits both sides of the color-line and that we as a nation truly begin to address the structural roots of racial inequality. So, what is the organizing work, political work, and accountability work that needs to happen in order to ensure that the public good serves all of us equally? In many cases, tools for advancing racial equity already exist. Some can be hacked while others will need to be completely reimagined. But here’s where we can start:

For communities of color, a cure for the harm caused by COVID-19 needs to go far beyond developing a vaccine. We also need social and economic policies that take on the underlying, longstanding, and persistent problems of structural racism.

Reflecting on this country’s long history of intentional racist planning and policy-making, today’s planners, designers, and policy-makers have an ethical obligation to realign our priorities and adopt intentional antiracist agendas that address the legacy pockets of inequity in black and brown communities. The time to act is now! Because if we choose to wait – and it will be a choice – we will once again miss an opportunity to ensure that the very same people who are keeping our recovery afloat can finally be treated equally.

EDITOR’S NOTE: We’ve clarified some of the numbers around infection rates.

Stephen F. Gray is an Assistant Professor of Urban Design at Harvard Graduate School of Design and founder of Boston-based design firm Grayscale Collaborative. His work acknowledges the intersectionality of race, class, and the production of space, and he is currently co-leading an Equitable Impacts Framework pilot with the High Line Network and Urban Institute aimed at advancing racial equity agendas for industrial reuse projects across North America.