Coronavirus Closures Are Wiping Out Artists’ Income. These Cities Want to Help – Next City

Coronavirus Closures Are Wiping Out Artists’ Income. These Cities Want to Help 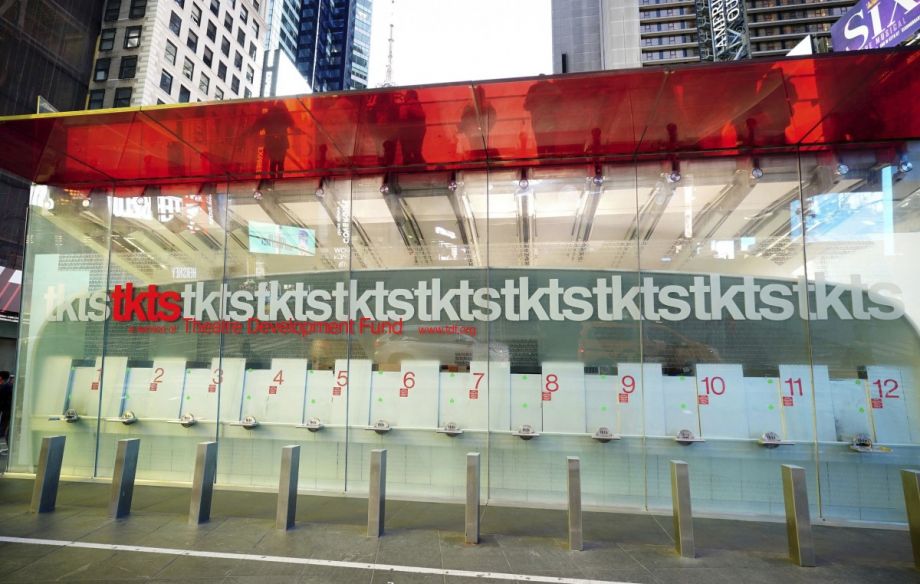 The coronavirus epidemic has shuttered arts venues both small and large (here, the shuttered TKTS booth in Times Square) and wiped out months of income for artists. (Photo: zz/John Nacion/STAR MAX/IPx 2020)

While this list would normally read like a guide to the best of this spring’s cultural calendar, in the era of COVID-19, it reads as a sampling of the hundreds of thousands of cultural events that have either been cancelled or postponed within the last month to stop the spread of the novel coronavirus. And that is not to even mention the indefinite shuttering of nearly every music venue, theater, cinema, gallery and museum in America in response to CDC guidelines limiting group gatherings and new state-mandated social distancing measures.

For many of America’s nearly 5 million cultural workers across the creative supply chain — from art handlers to costume and lighting designers to photographers, musicians and art educators — this has meant the literally overnight evaporation of gigs, commissions and sales.

A survey released March 24th by the Massachusetts Cultural Council paints a bleak picture. For organizations in the state, 88 percent have had to cancel programming and events, over 90 percent have been forced to close their facilities, and 58 percent expect to layoff, furlough or reduce hours for staff. The picture is similar across the country.

For Boston’s poet laureate Porsha Olayiwola, in the span of a few hours, the outbreak meant her entire national book tour schedule for the coming months wiped out — resulting in losses of a third of her planned income for the entire year. “I’m processing what all of this means because what happens in the spring sets me up through the fall, and a lot of my income comes from colleges and universities that won’t be rescheduled until the fall,” she says.

Individual artists and cultural workers are especially at risk right now — many of whom are either self-employed (at 3.6 times the rate of other workers) or supplement their creative income with roles in the bar and restaurant industry (currently facing its own stark reckoning).

While intermediate and longer term solutions to protect the sector are being discussed and will need to be put in place, a set of city governments — in addition to numerous foundations— have recognized the immediate need to get cash in the pockets of artists and other cultural workers to be able to meet basic living expenses over the coming months.

In the past week, the cities of Boston and Cambridge, Massachusetts, and Denver, Colorado, have all established emergency artist relief funds. These rolling programs are designed to deliver no-strings-attached microgrants of up to $1,000 to creative workers across disciplines who’ve seen immediate income loss due to coronavirus-related cancellations.

Boston was the first city to establish its artist relief fund, on March 12th. “Half of our budget is dedicated to funding and programming for individual artists. They are our friends, family and community,” says the city’s chief of arts and culture, Kara Elliott-Ortega. The city was able to repurpose existing funding allocated for professional development for artists to create the relief fund.

Denver, through its Arts and Venues agency, recently launched its own version — the IMAGINE 2020 Artist Assistance Fund — with an initial $130,000 in grants for individual artists. As with Boston, the program will prioritize lower-income artists and those artists whose sole source of income comes from creative activity.

“Within a few days, we’ve been able to set up a process, a system to evaluate applications, and we’re tweaking as we go. We’re trying to be as flexible as possible.” says Tariana Navas, director for cultural affairs with Denver Arts & Venues.

So far, Boston, Cambridge and Denver report being overwhelmed with the level of response — they’ve each received hundreds of applications since launching and are moving quickly to secure additional partners and funds. The City of Denver has already paused its open application until next week when it plans on leveraging new institutional and foundation support to offer additional microgrants. And while they are trying to process these applications swiftly, these cities acknowledge that it will likely take between two and six weeks for the funds to be dispersed.

Both Elliott-Ortega and Navas acknowledge that cities will need to reject the perfectionism, bureaucracy and red tape typically associated with planning and launching new policy initiatives in order to meet the needs of their most vulnerable constituents during this crisis.

“People are being responsive about taking grant programs, retooling them for this purpose and asking how can we take programs [that] have taken time and effort to develop and be willing to blow them up to make something responsive to right now,” says Elliott-Ortega. “The more that cities and grantmakers can do that, the better.”

And while this is a particularly dark moment for the cultural sector, their core skill is also their greatest asset in addressing this crisis — their creativity. “As part of the Imagine Fund application we’re asking how these artists and creatives are using their discipline to respond to the crisis — not just how they’re being impacted but how they’re thinking about using their craftsmanship to respond to this,” says Navas. “This collective leadership will be key as we move through this, and we’ll be looking at what they tell us to inform how we look at other funding and program opportunities.”