Three Years Ago, El Paso Showed How To Vaccinate A City From Across The Border

The innovative strategies used to vaccinate Juárez residents from across the Southern border offers a blueprint for how borderland cities can manage public health crises.

This story was co-published with El Paso Matters as part of our joint Equitable Cities Reporting Fellowship For Borderland Narratives.

Dr. Sophia Selene Torres Valdez will never forget how the vaccine shortage devastated Ciudad Juárez at the peak of the pandemic. Inside the public hospital where she worked in the Mexican city, COVID-19 patients were being treated in chairs lining the emergency room’s corridors. Whole families were entering hospitals as patients. Bodies were piling up in morgues.

“It was like what you saw in the news happening in Europe,” Torres, director of medical units for Federacion Mexicana de Asociaciones Privadas (FEMAP), says. “It was happening the same way in Juárez. We were overwhelmed. As a doctor, we would see the worker, his sisters, his wife, and his parents and they would all die.”

Meanwhile, just a few miles across the border in El Paso, vaccine doses were being thrown away as they expired. On both sides of the border, local nonprofit agencies, civil associations and government agencies worked together in the early days of the 2020 pandemic to achieve an 85% vaccination rate among Juárez’s 1.5 million people.

Today, three years after the pandemic hit the Southern border region, looking back at the strategies and successes to vaccinate residents – from bussing manufacturing workers over the border to a cross-border “ant colony” – can provide a blueprint for how borderland cities can effectively manage future public health crises. It can also offer insights on how to stem the current COVID-19 crisis as new variants continue to emerge.

“Being so close to El Paso and to the United States … we were so close to the vaccines, but yet so far from getting access to them,” says Luis Mendoza, COO of Fundación Paso del Norte. “We wanted the vaccines to be able to reach the poorest communities and the poorest neighborhoods first. That brought a lot of challenges to getting people to access the vaccine quicker. We were very behind compared to the U.S. in getting the vaccine.”

“The first vaccine used was Pfizer, but there weren’t enough,” Torres says. “We were dependent on what the World Health Organization gave to each country. Many of our healthcare workers lost their lives during the pandemic.”

In May 2021, the Biden administration committed 80 million doses of the COVID-19 vaccine for global use, including 60 million of AstraZeneca and 20 million of U.S.-approved vaccines. Juárez was able to access Pfizer BioNtech, AstraZeneca, SinoVac, Sputnik V and CanSino vaccines.

“The vaccines were sent to Mexico City, and the president would send the vaccines in military planes to airports of major cities in the country,” Torres says. “Then they were distributed. The military would then transport the vaccines to sites where they were administered by IMSS (Instituto Mexicano del Seguro Social).”

In Mexico, all employed adults are eligible for services under the federal IMSS program, which offers healthcare services, medical assistance and social services.

Getting people the information, and funds, needed

An unexpected hero of the pandemic in the city was the plain text website JuarezCovid19.com, which offered verified, real-time local information on vaccinations to help get people to where they needed to go.

“We used it as an information hub,” Mendoza says. “We updated daily. It was so successful that it became the most important website in the northern part of Mexico.” The ease of use contributed to receiving more than 150,000 clicks a day on the site, which was funded through the three million pesos (about $160,000) raised by the Fundacion Paso Del Norte’s Auxilium Fund.

Those in charge of the website, Mendoza says, would scour official government websites for information and make it easy to digest. The plain-text website was also designed to be easily accessible for those who had low data plans on their cellphones or had no access to reliable Wi-Fi.

“Most of it’s text-based,” he adds. “The information was very clean. We did that for the first doses, boosters and the subsequent campaigns that happened in the community.”

Once the vaccines were available for distribution in Mexico, a new challenge emerged when trying to get the inoculation to those who needed it.

“The government budgeted for the purchase of the vaccines, and they did not have money for the rest of what comes with a vaccination campaign,” Mendoza says. “They had healthcare personnel to apply the vaccines, but they didn’t have food or equipment or supplies.”

Public hospitals were serving as vaccination sites, but when Mendoza and other fund members met with government officials, they learned new sites were needed.

“Some companies and leaders from Juárez had large spots that acted as sites for vaccinations,” Mendoza says. “We helped with resources, supplies, food for volunteers, water, sanitation and all of the supplies that you don’t really think of.”

The fund lasted from 2020 until early 2022 and helped administer about 2.1 million vaccines in Juárez.

Recognizing who the natural partners are on an issue, whether foundations or community leaders, can help better tackle issues affecting a community in the future, according to Mendoza.

In Juárez, the city’s biggest economic activity is in the maquiladora manufacturing plants. “We had to reach out to them,” he says.

Inside the mass vaccination of Juárez’s manufacturing employees

Torres, who also works as an ER chief for IMSS, says outbreaks of COVID-19 at maquiladoras halted production and caused many manufacturers to close sites.

“There were outbreaks at maquilas, and there were no vaccines available,” she says. Meanwhile, “people in El Paso did not want to get vaccinated. Vaccines were getting spoiled and we wanted to get vaccines.”

El Paso County Judge Ricardo Samaniego, along with other leaders in the county, saw Juárez’s efforts and decided to help.

“We need to show our neighbors in the south that we want them to come here as soon as possible,” Samaniego previously told El Paso Matters about the city’s decision to vaccinate maquiladora workers. “When we talk about normality, it will not be normal until our relationship with Juárez and Chihuahua returns to how it was before. Herd immunity in one place and not the other doesn’t make sense.”

El Paso, like the rest of the state of Texas, saw a diminished demand for vaccines once about 66% of El Pasoans were vaccinated, according to Texas Department of Health Services figures at the time. Meanwhile, in Juárez, less than 30% of the population had received the vaccine by the end of June 2021, the Dallas Morning News reported.

“A little river separates us,” Dr. Manuel De La Rosa, vice president for outreach and community engagement at the Texas Tech Health Sciences Center in El Paso, told El Paso Matters that May. “We share the same disease, but we don’t have the same access to medications or to the vaccine. I think we’re not going to reach herd immunity in the region until we get the entire (Paso del Norte) valley vaccinated.”

In July 2021, at the Marcelino Serna Port of Entry in Tornillo-Guadalupe, an effort to vaccinate 50,000 maquiladora workers from Juárez began. The doses came from a surplus of Johnson & Johnson vaccines possessed by El Paso County, some of which were set to expire within a week.

“Workers from the maquiladoras in Mexico were bussed to the Mexico-U.S. border,” says Dr. Stephanie Woods, dean of the Hunt School of Nursing, Texas Tech University Health Sciences Center El Paso. “The workers disembarked and lined up to be vaccinated. They then returned to the bus where there was a Mexican healthcare worker who monitored them as they rode back to the maquilas,” just half an hour away.

The goal was to administer 2,500 vaccines daily at the site, which cost about $500,000 to operate and was funded by maquiladora industry association Index Juárez. The price tag did not include the vaccines, which the Texas Department of State Health provided at no charge.

In a 20-day campaign, 35,500 Johnson & Johnson single-dose vaccines were administered to maquiladora workers at a neutral zone in the Tornillo-Juárez international bridge, thanks to a collaboration with the U.S. Customs and Protection Office.

About 40 nursing students and 10 medical students spent the day immunizing hundreds of workers, Woods says. “Nursing students are always at the ready…to do what they can to improve the health of the region. When countries act in partnership, we can improve health outcomes in both nations and beyond.”

Tens of thousands of workers from Tijuana were allowed across the border into San Diego without visas or passports to receive excess vaccine doses, in a pilot program that was expanded due to its success. “No pathogen, especially one as infectious as COVID-19, respects man-made borders,” experts involved in the San Diego program wrote in the Journal of Global Health afterward. “This program is a model of successful binational collaboration, involving multiple governmental and non-governmental agencies, which can be applied to other public health crises.” Workers were similarly bussed through the border from Reynosa and Nuevo Leon to Hidalgo County, Texas to be vaccinated.

In Juárez, the vaccination effort between the two countries provided relief.

“Of course it helped,” says Torres. “It was 50,000 people plus their spouses and parents.”

A maquiladora worker from Juárez gets the single-dose Johnson & Johnson vaccine at vaccination site inside the Tornillo Port of Entry July 6, 2021. (Photo courtesy of El Paso Matters)

Beyond these official partnerships and campaigns, Juárez residents were able to receive vaccines through what Torres called Operación Hormiga — the efforts of many people who acted as an ant colony and brought resources back to Juárez that were available in El Paso.

“I had a colleague that was a U.S. citizen, and he brought vaccines back,” Torres says. “That’s how I got my booster shot. It was a lot of people that did that to help with our efforts. A lot of people helped by bringing vaccines and doing their part in their micro-environment.”

The border between El Paso and Juárez, along with every border crossing between the two countries, was closed for almost two years. U.S. residents and citizens were allowed to cross back from Mexico since they could not be stopped from coming back home. Regular visa holders were not allowed to cross the bridges, but air travel was allowed with minimal restrictions.

Texas residents and those with dual citizenship were able to get vaccinated in El Paso, while the border mainly remained closed to visitors. Others who had the means to travel by air to other cities in the U.S. — those with travel visas were able to enter the country if they tested negative for COVID-19 three days before their arrival — were able to receive the vaccines since many entities were not asking for residency documentation to be inoculated.

This story has been updated to correct Luis Mendoza’s title. 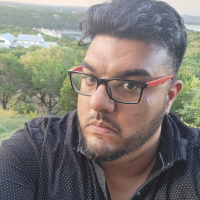 Christian Betancourt is Next City and El Paso Matters' joint Equitable Cities Reporting Fellow for Borderland Narratives. He has been a local news reporter since 2012, having worked at the Temple Daily Telegram, Duncan Banner, Lovington Leader and Hobbs News-Sun. He's also worked as a freelance reporter, photographer, restaurant owner and chef. Born and raised in Juarez, El Paso became Betancourt’s home when he moved there in the seventh grade.