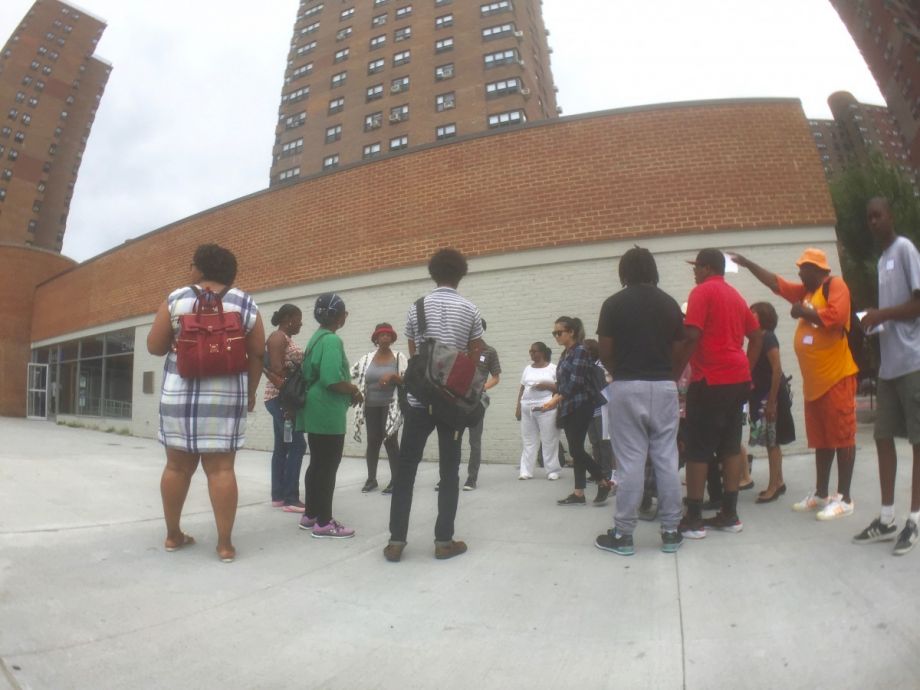 Since 1977, the Community Reinvestment Act has required U.S. banks to meet the credit needs of people living in the areas where they do business — particularly those with low and moderate incomes. Banks are graded on how well they meet that mandate, and their track records matter when it comes to getting federal approval of changes such as a merger with another institution, or the opening of another branch.

Yet the federal law never spelled out exactly what “credit needs” means. Instead, regulators have worked with banks and communities on the definition, leaving the former caught in the middle of a perpetual war between big banks and community advocates. You can guess the odds.

Proponents of equitable economic development saw a win. A growing number of community development financial institutions (CDFIs) specialize in small business lending, but it wasn’t clear before that banks could get CRA credit by providing capital or grants to small-business-focused CDFIs. Now it’s clear: “Today, if a CDFI makes small business loans it automatically counts, whereas yesterday it didn’t,” says Jaime Weisberg, senior campaign analyst at the Association for Neighborhood and Housing Development (ANHD), a coalition of tenant advocacy groups and affordable housing developers in NYC.

CRA regulations have influenced capital flows in a big way before. ANHD says that over the past 30 years its members have built 300,000 units of affordable housing in NYC that would not have been built without leveraging private capital through the CRA. Weisberg doesn’t expect the new CRA regulations will lead to the same level of impact, but she does expect it will help ANHD members and CDFIs to leverage new investment for equitable economic development.

“But I will be using this to open doors to suggest new win-win partnerships,” says Grace Fricks, president and CEO of Access to Capital for Entrepreneurs (ACE), a CDFI focused on supporting women- and minority-owned businesses in the Atlanta area. Thirty-eight percent of ACE’s lending capital already comes from banks such as Wells Fargo, and Fricks anticipates going back to banks for more.

Like most CDFIs that do small business lending, ACE also provides significant technical assistance to entrepreneurs to prepare them to apply for and successfully utilize loans from ACE or others, including banks. “CDFIs that focus on small businesses need to spend enormous amounts of time helping businesses to understand implications of credit history and cash flow to their success,” Fricks explains.

In another small victory, technical assistance that helps a business access financing now also counts for CRA credit on its own. The change widens the door for non-lending institutions, such as prisoner re-entry groups, incubators, library systems or churches, to get financial support from banks for such programs.

“I think making it clear that nonprofits that do that sort of technical assistance work gets counted was really good,” says Andrea Luquetta-Kern, who directs research and policy at the California Reinvestment Coalition (CRC), which has about 300 members throughout California, including legal services organizations, affordable housing developers, credit counseling agencies, small business technical assistance providers and many other types of organizations that work directly in low-income communities.

All that said, regulators mostly avoided the biggest questions that community advocates have been raising.

Much to the dismay of many, the grading system wasn’t touched in the update. Ninety-eight percent of banks receive passing grades (“satisfactory” or “outstanding”) on their CRA exams, which occur in two- to five-year cycles, depending on a few factors including the size of the bank.

“The whole idea that 98 percent of banks are doing a satisfactory or outstanding job is just ridiculous, particularly for the dearth of lending that’s occurring right now in low- and moderate-income households or minority households, it makes no sense,” says John Taylor, president and CEO of the National Community Reinvestment Coalition (NCRC), the main national advocacy group on the community side of the CRA wars.

Closing bank branches and online or mobile services are a thorny issue as well. Regulators considered de-emphasizing branch services provided by banks. Luquetta-Kern says banks have been pushing to serve low- and moderate-income communities through online and mobile banking services and apps because it’s more efficient and more convenient for customers.

“We don’t think that that’s true,” she says. “Even though there are a lot of people who have smartphones, the consistency of access in low-income communities is really volatile. They may have a smartphone but they may not have a good data plan, or they may not have the same number for a very long time. And there’s language access.”

What’s more, the loss of branches in low- and moderate-income neighborhoods means more than just the loss of direct services.

“CRA obligation itself only extends to the geographic areas where banks have branches,” says Luquetta-Kern. “The more they close branches, the less of an obligation they have to do activities eligible for CRA credit.”

Regulators ultimately heeded the community advocates on branches. “One thing we were really glad to see is they ended up keeping the emphasis on branches in underserved neighborhoods,” Luquetta-Kern says.

As much as regulators may continue to reward banks for keeping branches open in low- and moderate-income areas, the economics are simply not working out. According to the Federal Reserve Bank of New York, U.S. banks closed 4,821 branches between 2009 and 2014, reducing the total number of branches by about 5 percent. Banks are closing branches in wealthy as well as poor neighborhoods. Taylor is adamant that closing branches shouldn’t let banks off the CRA hook.

“If a bank closes a branch, does that mean there are no longer any credit needs that exist in those neighborhoods? Of course it doesn’t,” Taylor says.

Advocates call it the assessment area problem: Banks may have a significant chunk of banking customers in a certain geographic area, but because they have no branch in that area, they have no CRA obligation to that area.

“The most important thing that should have occurred was dealing with the assessment area problem,” Taylor says. “It was the most common comment.”

Luquetta-Kern remembers assessment areas were a major sticking point in 2012 when Capital One acquired ING. Mergers are usually a key moment because regulators must examine a bank’s CRA obligations as part of merger approvals. Capital One had a huge online banking presence statewide in California, but no physical branches, so Capital One had essentially no CRA obligations required to get its merger with ING approved.

“We protested the hell out of that merger,” Luquetta-Kern remembers.

Where there are branches, regulators need to do all they can to make sure those branches stay open, Taylor says, but the CRA still needs to be brought up to speed with today’s technology and the economics of today’s banking industry.

“What we propose is that the examiner look at the volume of business that a bank is doing, even if it’s through computers or smartphones, they look at that mechanism and see where this business is coming from,” says Taylor. “We needed to see a modernization. That was perhaps the biggest failure.”