Cleveland Thinks Broadband 100 Times Faster Than Anyone Else – Next City

Cleveland Thinks Broadband 100 Times Faster Than Anyone Else 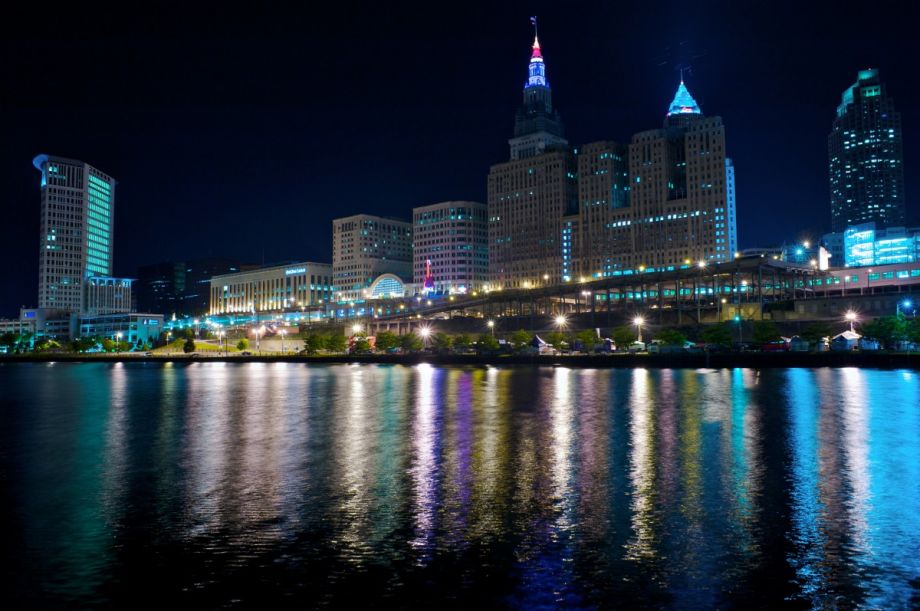 Later this summer, Cleveland plans to open up a commercial broadband service that has capacity to provide a 100 GB connection. If you’ve been keeping up with the heartbreakingly slow expansion of high-speed broadband across the country, you know that this is far faster than businesses have access to presently. In fact, it’s even faster than the most recent super-high-speed 10 GB service touted in South Korea, the worldwide leader in broadband. (Average speeds in Korea are well over twice as fast as average speeds in the U.S., according to cloud services company Akamai.)

“Ten years ago, who would have even thought we’d need 100 Mbps?” asks Jeff Epstein, director of Cleveland Health-Tech Corridor, the organization that promotes economic development in the area where the new network will be built. “We’ve got the infrastructure here for people to come and innovate and invest. The demand driver is 100 GB, and there’s a first mover advantage for businesses that are here.”

It’s so fast, in fact, that no one really knows what companies could use it for, which is the point. As Tracey Nichols, the City of Cleveland’s director of economic development, puts it, “You can move to a place that has 1 GB, but will they have 10 GB when you need it?”

The network isn’t being built for today but for tomorrow, and if there’s one thing the last 20 years in the tech economy have shown: It doesn’t pay to bet against what will be possible tomorrow. By building in the maximum possible capacity now, what Nichols refers to as “the largest pipe possible,” it won’t be expensive later for Cleveland’s Internet service provider, OneCommunity, to provide faster speeds as their customers need it.

OneCommunity is a nonprofit that has been providing Internet services to businesses in Cleveland since 2003, when fiber was donated to the organization by a utility, First Energy, and by telecom startup City Signal (which has since been bought). It now operates 2,500 miles of network crossing into 24 Ohio counties. OneCommunity is clear that, while they are building a 100 GB network, companies don’t have to pay for that if they aren’t ready. The organization will provide firms with the speed they need, until they need more.

The idea that cities can go much faster, and should, has a growing number of fans. President Obama recently applauded cities that have set up their own high-speed, municipally owned networks, such as Cedar Falls, Iowa, and called on the FCC to overrule states that have made it illegal for their cities to follow suit. Google just announced it’s expanding Fiber to take its 1 GB residential network to four more cities. The FCC just sextupled its definition of broadband to 25 Mbps download speeds and 3 Mbps upload speeds, sending a message to the big ISPs like AT&T and Verizon that they’re doing a lousy job of advancing competitiveness.

To start, Cleveland’s network will be set up in a small part of town known as the “Health-Tech Corridor,” a 1,600-acre area in the core of the city that runs from the downtown to Case Western Reserve University, and includes the Cleveland Clinic. (See a bigger map on the project’s site.) What could these higher speeds do for such businesses? Well, for one, 300,000 X-rays could be downloaded in less than a minute, according to the Ohio Academic Resources Network (OARnet). The location will be important for new health ventures too. The healthcare sector is one of Cleveland’s leading areas, Brett Lindsey, COO of OneCommunity, explains. He says that that the speed of the network will be attractive for tech companies in general, but in health tech it will also be who shares the network.

“By being on the network, it gives them access to our healthcare institutions,” he says, adding that privacy-conscious hospitals are wary of sharing data over the public Internet. With health-tech startups and hospitals on the same network, it’s more like an intranet, which makes all that patient information much safer.

Interestingly, this isn’t the first 100 GB network in Ohio, but it’s the first available to the commercial sector. Major academic and nonprofit institutions are already connected on the 100 GB network called OARnet. In fact, Buckeyes will argue that their state has been on the forefront of pushing broadband. OneCommunity touched base with other cities that were early movers into true broadband, such as Kansas City and Chattanooga; however, Lindsey says, “We’ve been at it for longer than anyone else.”

Because it has so much already built, Cleveland’s network upgrade really isn’t that expensive. The cost is $1.02 million, and $700,000 will be covered with federal economic development money; the city and OneCommunity will pick up the rest. The overall network wasn’t cheap, but Lindsey notes that it has become enough of a revenue producer that it can also support programming around economic development and bridging the digital divide.

OneCommunity has been mentoring other cities that want to make the leap in networking, he says. “That’s a big change for a city, to have a revenue-producing network,” he says. “You have to have some visibility into the expenses required of the city to build and maintain the network.”

It also takes a committed core of municipal leadership, he says: “It’s very easy to get excited about the idea of having a fiber network, but it’s another thing to actually get it built and ready to go and attract customers and continue to service it.”