Fastest Internet in the U.S.: Which Cities Will Win the Race? – Next City

Fastest Internet in the U.S.: Which Cities Will Win the Race? 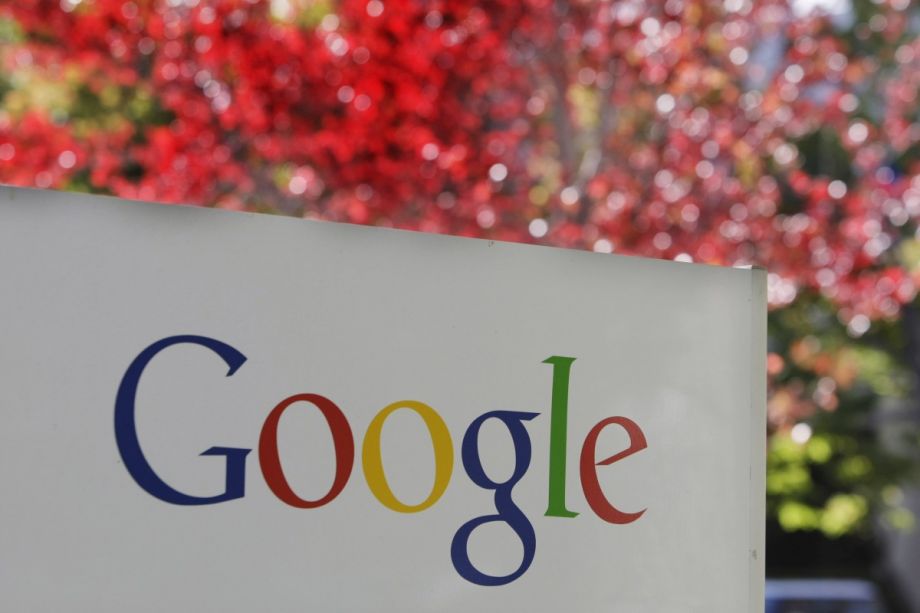 Between Google Fiber and other ISPs, there is a good amount of overlap when it comes to gigabit deployment. (AP Photo/Paul Sakuma, file)

While frustration over poor customer service and inferior Internet speeds is certainly relatable, it’s not exactly a new phenomenon.

Here’s what is new: The problem of slow speeds and expensive service has solidified as a policy topic worthy of local discussion and action. In just the past few months, city after city has taken steps toward improving community connectivity. Mayoral candidate Jorge Elorza in Providence, Rhode Island has actually produced his own broadband plan for the city, making access issues a legitimate local campaign issue. This week the Louisville Metro Council moved forward with franchise agreements that would bring a fiber network to the area.

Following up on my recent post, “Small Cities Don’t Need Google Fiber to Get Gigabit Connectivity,” on city gigabit success stories, here’s a look at the projects to watch. As decisions are made in Washington, D.C. regarding cable mergers and net neutrality in the coming year, on a local level, we can expect a string of stories on municipal network development.

In Santa Fe, New Mexico, residents pay $50 per month for 5 Mbps under CenturyLink. That same price gets you 10 Mbps in Albuquerque and that same speed equates to the free service tier offered on Google Fiber’s Kansas City network. In search of competitive speeds and pricing, Santa Fe recently announced a $1 million initiative to deploy a fiber network. Through the project, the city would create city-owned “SF Fiber,” which, for its first four years, will be operated by local ISP Cyber Mesa.

Other smaller cities are exploring the possibility of publicly owned or publicly owned and operated infrastructure. Boulder, Colorado has expressed interest in municipal broadband despite Colorado’s state laws impeding such projects. Looking to nurture local economic development, Bozeman, Montana will soon publish a broadband master plan. Likewise in a preliminary, exploratory phase, Sanford, Maine just reviewed a feasibility study they commissioned on extending broadband in the city. Going forward, it will be interesting to see which cities ultimately decide to build or not build and why.

Huntsville, Alabama is also at the beginning of its journey to faster Internet speeds. Huntsville Utilities just hired The Broadband Group to study the feasibility of building a fiber-optic network. This case is both noteworthy and entertaining since, in addition to garnering support from the mayor and city council, the project is also promoted by groups like Geek Out Huntsville, which periodically posts funny messages about local demand for fiber infrastructure to its 1,000-plus Twitter followers. 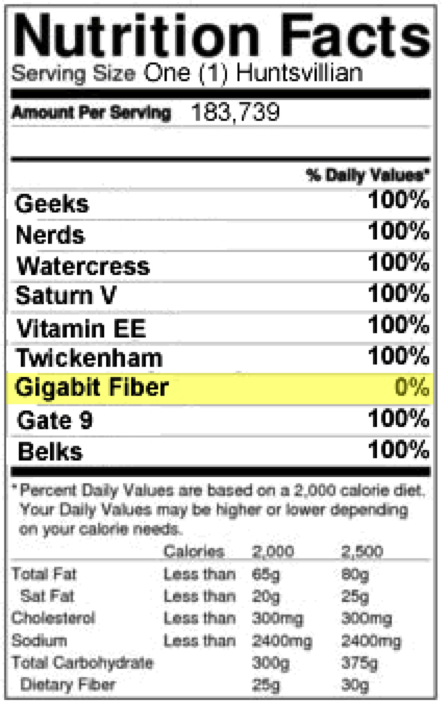 Higher costs and often more complicated politics make large cities challenging environments for anyone to upgrade infrastructure — whether it’s a private company or the city itself. Whichever large metro area in the U.S. achieves residential gigabit speeds first will be a pioneering case to learn from.

Los Angeles got in the game by releasing an RFI on a citywide gigabit fiber network. The stipulations outlined out by the city — the Wi-Fi component of the plan, the required free tier of service, as well as the requirement that the fiber network be available on a wholesale basis — seemed like an unrealistic menu of expectations to skeptics and critics. Earlier this year, Los Angeles caught the attention of AT&T, making its list of cities under negotiation for the company’s GigaPower service. Then, in another interesting twist, L.A. incumbent Time Warner Cable told the city last week that they planned to deliver gigabit speeds by 2016. Details on exact pricing or how Time Warner’s plan will match the city’s original RFI wish list are unclear.

Two other large cities (both Comcast markets) will be worth tracking this year: Boston and Baltimore. Boston released an RFI on expanding its fiber network — a city asset presently supporting the free “Wicked Wi-Fi” project. Baltimore decided to hire broadband consultant Magellan last year to explore the city’s options for improving competition and speed.

After Google Fiber announced its expansion plans earlier this year, AT&T, Cox and CenturyLink all announced prospective gigabit test beds as well. Between Google Fiber and other ISPs, there is a good amount of overlap when it comes to gigabit deployment:

As development agreements are teased out and approved by local governments and partnering providers, it will be interesting to see whether cities facing two negotiators will strike better deals than cities with just one. Will there be more community benefits — perhaps more Wi-Fi hotspots and connected anchor institutions — and fewer city government concessions? It will be interesting to compare the agreements offered by providers across the various cities.

When taken together, all of these developing cases reinforce the country’s growing demand for faster speeds — demand that needs to be built further, according to a recent Google conference call.