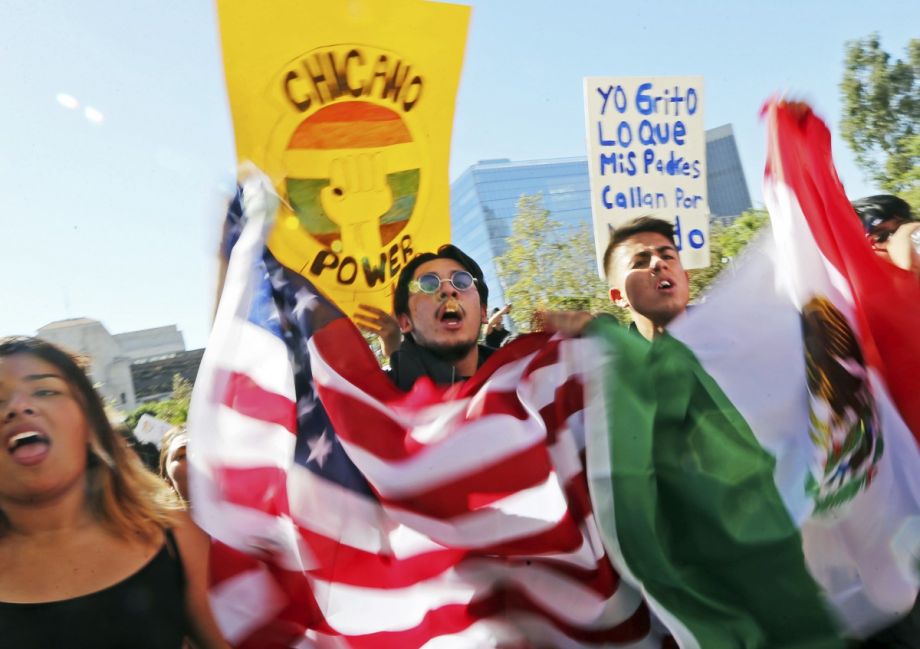 Both Los Angeles and San Francisco are monitoring social media comments that might constitute a criminal threat or serve as a prelude to a crime. In Los Angeles, millions of tweets related to the region will be analyzed for patterns that might indicate actual violence is about to occur. San Francisco is sending undercover officers into neighborhoods to see if they are targeted and become victims of hate crimes.

Nationally and in California, reports of hate crimes have been on the rise. They rose 7 percent in 2015, according to the FBI, with incidents targeting Muslims growing the fastest — 257 reports last year, versus 154 the year before. In California, hate crime reports increased 10.4 percent in 2015. And those are just the crimes officials know about. Because victims often aren’t fluent English speakers or fear interaction with police, hate crimes are thought to be underreported.

To be a hate crime, an incident must involve physical harm, but Los Angeles Police Chief Charlie Beck and San Francisco District Attorney George Gascon are encouraging people to come forward with any incidents of racist or bigoted behavior. According to the Times, the police want to track these too, in hopes that by monitoring this behavior and speaking out against it “they can battle back what some call the ‘normalization’ of hate.”

The Southern Poverty Law Center has documented 701 incidents of harassment since Donald Trump won the presidential election in November, not all of which meet the definition of a hate crime. It also has noted 27 anti-Trump incidents that were reported. In California, according to the Times, harassment since Nov. 8 has included “colored” and “whites” signs over urinals in a high school bathroom and letters to mosques around the state calling Muslims a “vile and filthy people.” The paper also notes that “officials said they don’t know whether there are actually more hate crimes since the election or whether they are simply getting more attention.”