Can We Take “Brain Drain” Out to Pasture? – Next City

Can We Take “Brain Drain” Out to Pasture? 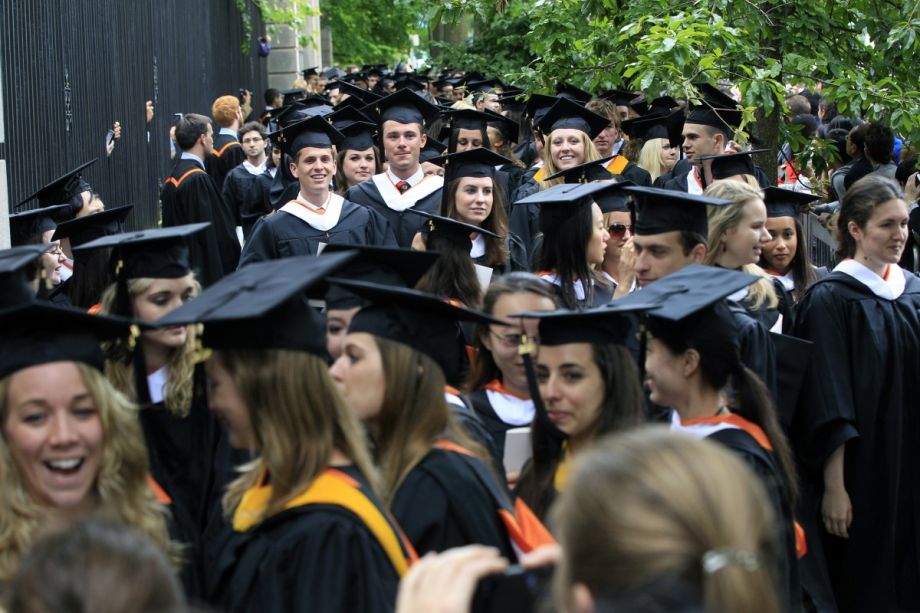 Cities are obsessed with attracting millennials. Cool, tech-savvy, and unbeholden to previous generations’ consumption patterns, they represent future voters, business leaders and taxpayers. Even with the natural advantage that college towns have in enticing young people to settle down, cities like Boston, Washington, D.C. and Philadelphia still compete with one another over who does the best job.

However, a new paper from the Boston Redevelopment Authority shows how the hype around “brain drain” misses some key considerations in how students approach the post-graduate decision-making process.

A common measure of brain drain is retention rate, or the percentage of graduates of a region’s colleges and universities choose to remain in the region. It’s commonly accepted that a city’s vitality and economic health is reflected in its retention rate. But the BRA argues that, “neither ‘brain drain’ nor ‘retention’ is a good indicator of how well Boston’s economy performs with regard to its need for younger, college-educated workers.”

For one, the BRA cites the fact that Boston has a distinctively high percentage of young, college-educated workers despite a paltry 50 percent retention rate. Because there are so many educational institutions, and local businesses can only absorb so many new workers each year, Boston colleges end up producing far more graduates than job openings. Many end up having to look elsewhere.

The report also points out the fact that the ratio of private universities to public ones is high, which generally indicates that many students come to college from out of state. Those students tend to be more likely to migrate right after college.

Boston isn’t the only city that’s come to the realization that brain drain isn’t the best measure of how attractive a city is to young people. Philadelphia’s Campus Philly, a non-profit that encourages graduates to stay in the region, is also over that conversation.

“For a city like Philadelphia, which needs to raise the college attainment of its residents to remain competitive and fulfill employer demand, having so many college students in our own backyard is a great advantage and a great asset to leverage,” says Deborah Diamond, Campus Philly president. “At the same time, as the Boston paper accurately points out, the mission and goals of higher eds is to educate students for the world, not the just local labor market, and this is especially true in regions like Philadelphia and Boston where our higher eds draw students from around the world.”

Despite slower job growth rates in Philadelphia, more and more students are deciding to stay in the city, and Diamond says that’s due to students’ impression of the city as a place they just like. Campus Philly tries to bolster that impression by making connections between students and arts and culture organizations, volunteer opportunities and internships. Even if they decide to leave, “the city benefits when students educated here go forth having had a good experience in and recommending Philadelphia,” says Diamond.

She points out another major fact overlooked when discussing brain drain: “I would emphasize that a 22-year-old who is thinking about where to go is not comparing the job growth rates of Boston, Washington and Philadelphia. It’s not really like that. The fact that they love a city and the city has a lot to offer makes it an easy choice for them.”

If you live in the Philadelphia region and are interested in more discussion about how universities and communities can collaborate, Next City is hosting a free event, “The University as Community,” on Nov. 19th. Register here.