At Chicago’s Immigrant-Run Corner Stores, Striving for Food and Racial Justice – Next City 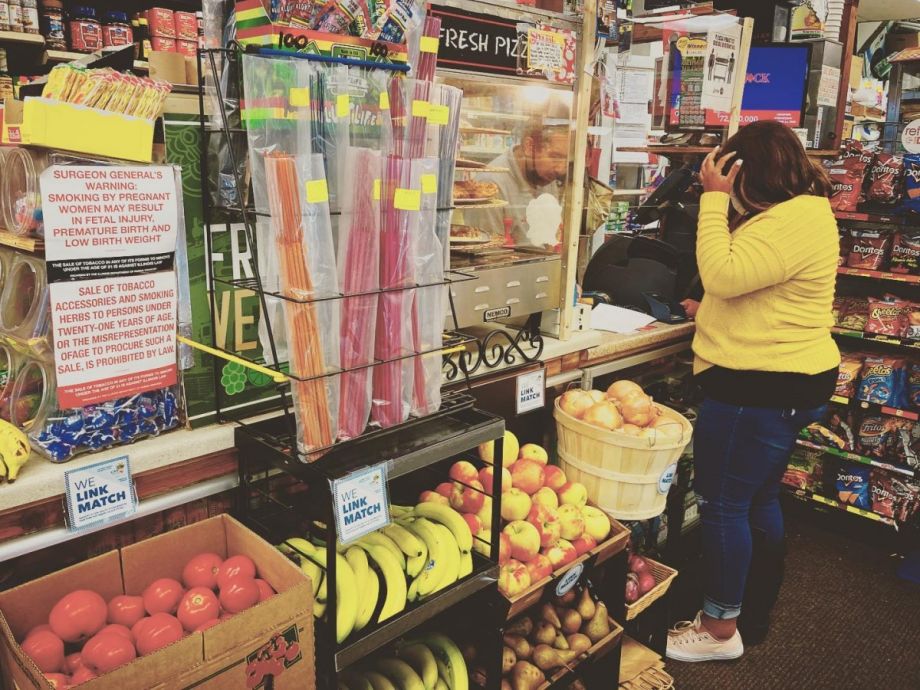 This summer, Chicago Lawn resident Patrice Butler was one of many volunteers giving out bags of fresh fruit and vegetables at corner stores across the city. Along with healthy food, there were smoothies, healthy cooking demonstrations, and stations for kids to color and paint. Anyone walking by was welcome.

“Our work is more prevalent in the summertime,” Butler says. “A lot of people were interested, and we would get a lot of people that would come off the bus [as we were] stationed outside.”

The giveaways are part of the Corner Store Campaign, a longstanding initiative organized by the Inner-City Muslim Action Network (IMAN), and in the midst of a global pandemic, organizers say neighborhoods need access to fresh food more than ever before.

The 21-year-old is a leader with the Grassroots Alliance for Police Accountability, commonly known as GAPA, and has been working with IMAN’s Corner Store Campaign for about two years. She was encouraged to work with IMAN after noticing how the campaign not only works with store owners to provide fresh food, but also teaches them business practices that help them better connect with their customers.

“I live by a corner store, which I noticed wasn’t a part of the corner store campaign,” she says. “And I really liked the work that was being done with store owners as their communities.”

Soon, Patrice Butler’s mother, Patricia Butler, was also working with the Corner Store Campaign. This winter, she was part of the launch of the campaign’s Link Match program — where corner stores give customers who receive SNAP (Food Stamps) benefits on an Illinois Link card additional food. As a mother, Patricia Butler says she was happy to go the extra mile, especially for the young families who would visit the stores, and help them strategize ways to make the most of the program.

“When [store customers] would come in, I would tell them about the Link Match and [direct them to] get the free vegetables to make a meal, make the money last,” she says. “That’s my pitch: giving them recipes for meals.”

The Corner Store Campaign has become an essential part of IMAN’s work, and like the Butlers, many community members have helped the organization sustain it. IMAN started two decades ago as a volunteer-run health clinic serving the city’s majority-Black Chicago Lawn and Englewood areas. But the organization soon realized that food justice needed to be a large part of its work.

“Very early on, it wasn’t just about the direct service of providing the clinic, but looking more generally at the health wellness and healing of the community, and with the understanding that there has to be a community organizing component and mission to what IMAN is doing,” says Ahmad Jitan, IMAN’s food ecosystems organizer.

With the lack of major supermarkets and large grocery stores in many neighborhoods on the South Side, looking at ways to provide fresh food boiled down to one opportunity: corner stores.

“One of the biggest issues with … food justice is the lack of grocery stores, the lack of nutritious food, but there are plenty of corner stores,” Jitan says. “And especially looking at who’s running the corner stores, many of the people who run the corner stores are immigrant Muslims, many from Palestine, some come from other countries as well.”

Historically fraught with tension, the relationships between Black communities and those store owners needed to also be a part of envisioning a new way of creating healthy communities, he says. A major goal of the project is those healing racial tensions, which are fueled by “the common narrative.”

“All the different kinds of narratives that are around corner stores — whether they’re leeches on the community, or the ways that you that you’ll see racism from corner store owners to the Black community, or ways that the store owners themselves might feel like they’re isolated or targeted by the police, or [the idea that] foreigners are dangerous in some kind of way.”

Working to change that narrative has become more important than ever after George Floyd’s death in May. A 911 call from an employee in a Minneapolis corner store saying Floyd had purchased cigarettes with a counterfeit $20 bill spurred the events that would eventually lead to his death at the hands of police. Many blamed the corner store and its owner — a Palestinian-American born in the U.S.

Jitan says the killing and its aftermath also brought more awareness of the campaign and highlights exactly what IMAN has been trying to address.

“Unfortunately, George Floyd wasn’t the only case of police violence or some kind of violence happening in or outside corner stores,” he says. “It’s an issue that we’ve been bringing to light and then trying to address locally in Chicago, but also by changing the narrative on a national level.”

As stores across the nation were looted in the rage that followed, corner stores were often among the many that were damaged.

“Nobody wishes for that to happen,” Jitan says. “But at the same time, if a store wasn’t really contributing to the community in a positive way, what would you expect to happen if people were upset and looking to see a change in the neighborhoods, if they identify something in the neighborhood that’s not a positive?”

But, Jitan says, some stores were spared because of their strong place in their communities.

“And then, on the other side of things [there were] stories of corner stores that were protected by the community, because they knew if this is gone, where else am I going to go for my basic necessities?” he says.

To specifically talk about policing and community safety, IMAN established its Can I Get A Witness? initiative as part of the Corner Store Campaign. The organization worked with anti-racism collaborative Muslim Anti Racism Collaborative, combining IMAN’s community organizing and relationships with corner store owners with Muslim ARC’s training.

“What that looks like is gathering the store owners for intentional conversation around this, to be able to work out different ways to imagine what community wellness and safety looks like — especially with relationship to the police — and to continue pushing the kind of larger ideas as a business community,” Jitan says.

Amiin Musaddiq, who works on the Corner Store Campaign, says these kinds of conversations are vital and that although one goal is to help corner store owners thrive, it’s about more than just revenue.

Musaddiq says the Link Match program is an example of what can happen with this kind of mutual acknowledgement: It shows the store owners IMAN’s commitment to their success and it shows community members that the store owners value and care about them. This work, he explains, is significant.

“The work is important because we’re dealing with a community that has the emotional position of being forgotten, and not only being forgotten, but taken advantage of,” he says. “So, the Corner Store Campaign has been a very valuable tool to utilize with the community because the community gets an opportunity to really see not only the organization, but also the people that work in the community actually care.”

Tags: chicago, for whom by whom, food access, corner stores