Chicago Youth Take Trips to Opportunity — in Their Own City 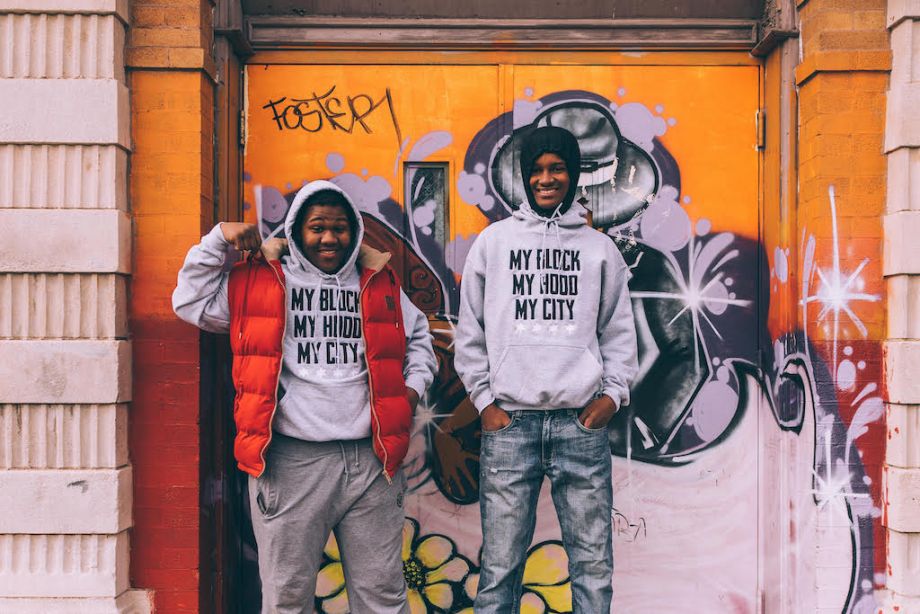 Noah Hackworth, 19, is back at home for the summer in his South Side Chicago neighborhood; he just completed his freshman year at a small college in Texas. During his break, he’ll work for an ad agency downtown — an opportunity he found during an outing with My Block, My Hood, My City, which takes at-risk youth on trips to explore parts of Chicago they’ve never experienced.

South Shore, where Hackworth is from, is known more for crime statistics than for connecting young people to high-level employment opportunities. In the last month, 108 violent crimes, 192 property crimes and 112 quality-of-life crimes were reported there. The media’s surveillance of South Side Chicago has painted a national picture of families, particularly black youth, struggling to survive.

But for Hackworth and nearly 150 other teen participants hailing from neighborhoods with high poverty, disproportionate segregation and mass unemployment, My Block, My Hood, My City is slowly shifting the paradigm.

“I met Jahmal at the Whitney Young Library about two years ago,” Hackworth says of MBMHMC founder Jahmal Cole. “I bumped into him again on the South Side, we exchanged info and he called me to go to Wicker Park with him. I’d never really explored the park. I still go on the tours now so that I can be an inspiration to the younger youth.”

Cole, a South Side native himself, hatched the idea for the organization in 2014 wanting to do something impactful for young men and women. By the following year, he left his corporate job to pursue the mission full-time.

“My goal was to introduce at least 100 youth from the neighborhood to the top of the Sears Tower,” Cole says.

“There’s an overwhelming criminalization in these communities. When I step off the train at 79th Street, it’s apparent. My two-year-old daughter knew what a helicopter was because they circle the neighborhoods often. It’s damaging and traumatizing to the human spirit and [these] teenagers have to grow up dealing with all of this daily,” he continues.

He expected the trip to Sears Tower to cost $30 per person in addition to transportation and food. A self-proclaimed hustler who paid his way through college in Nebraska by selling CDs and movies, Cole launched a line of hoodies he sold through neighborhood barbershops and hair salons to raise funds for the first group.

Having built momentum over the last year with partnerships with Blue Cross Blue Shield, the University of Illinois at Chicago and other financial supporters, MBMHMC is slated to take 150 “explorers” from 10 different schools on tours each month starting this fall. Thus far, the program has “graduated” 50 youth.

It costs $1,000 to put a student through the entire MBMHMC experience. Over the course of a school year, students take 10 trips, and are given an “explorer journal” to write about their experience and their very own hoodie.

“When you take a kid from the ‘hood downtown and read their journals, they don’t mention the art. They say that they’ve never seen anyone wait for a taxi,” says Cole.

Exposure to Chicago’s cultural staples is only one component of the trips. Cole also introduces youth to the opportunities that exist in entrepreneurship by connecting them with business owners who welcome them into their spaces to share stories of how to build a business, from restaurants to shoe companies. The youth, Cole says, are interested in entrepreneurship because many of them want to be hustlers or rappers. The visits also help to expand their views on what types of opportunities exist.

Hackworth landed his ad agency internship thanks to an MBMHMC trip; he exchanged information with the agency owners, followed up in person, and received an offer to work over the summer.

Connections to opportunities like the ones Cole provides his students are critical tools for helping youth build the necessary social capital required to advance out of their circumstances.

Martha Ross, a fellow at the Brookings Institution who studies workforce development, education and the labor market, explains that many youth in disadvantaged communities don’t have the social network to connect them unless there is a formal program that brokers the relationship. Ross recently co-authored a report on disconnected youth.

In Chicago over 7 percent of black youth ages 16 to 19 are disconnected — defined as not working or in school — compared to 2 percent of their white peers. For black young adults ages 20 to 24, that number increases to 23 percent, compared to just over 3 percent of white young adults.

Nationally, a reported 3 million youth are disconnected, the majority of whom are disproportionately youth of color. Ross attributes this disparity to resources, networks and access being highly concentrated in white areas.

“For young people, formal programs are extremely important. They open networks and possibilities [young people] otherwise wouldn’t have,” she says.

This is certainly true for Hackworth, who says MBMHMC helps him get out of his comfort zone and makes him a better person. His next desired trip? Spain.

For now, he remains excited to begin his new internship downtown making $12.50 an hour developing websites while honing his marketing skills before college resumes in the fall.

“Once you get out and experience another environment, it’s like, ‘what are you missing out on?,’” he says.