Chicago Advocates Promote the Bus as the Healthy Transportation Option 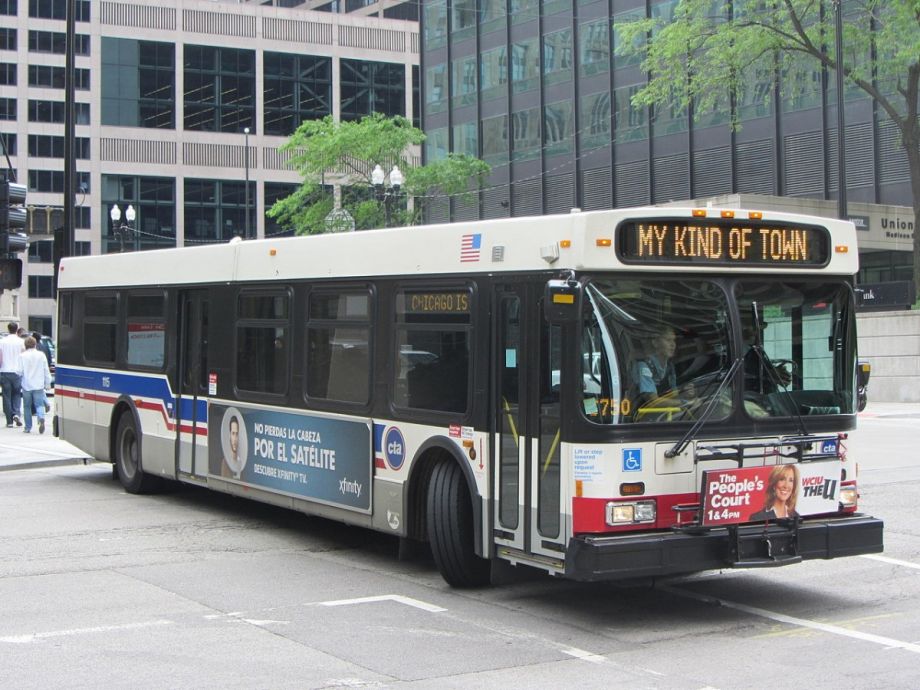 Chicagoans are rejecting the bus. Since 2012, annual Chicago Transit Authority (CTA) bus ridership has dropped by about 55 million rides, a more than 17 percent decrease. From 2015 to 2016 alone, the system saw 15 million fewer rides. It is unsurprising given that all but a few U.S. cities have seen bus ridership decline in recent years. Understandably, the trend has transit advocates worried that it could lead to a death spiral for a critical piece of Chicago’s transit network.

With that in mind, Chicago’s Active Transportation Alliance set out to find out why people are abandoning the bus and think about ways to turn things around. This month, the nonprofit transportation advocacy group released a report detailing its findings and suggestions for infrastructure and policy changes to improve bus service in ways that might bring riders back to the fold.

“The steep ridership decline over the last couple of years is alarming for us, given that people rely on bus service and that it represents the majority of transit trips in the region still. If we’re losing people on the bus it means fewer people using transit, potentially more driving, which has an impact on our mission encouraging alternative modes,” says Kyle Whitehead, Active Trans government relations director.

According to the report, buses still account for 52 percent of all CTA transit trips. But budget cuts in 2010 led to service cuts, which contributed to dropping ridership.

“There’s been a lack of investment in bus service in the last years, especially as we’ve seen significant improvements with other transportation options. Buses needs to stay on par with those other options if they’re going to maintain and grow riders,” Whitehead says.

Because most Chicago buses are driving in general use lanes, they are victims of the terrible gridlock that plagues many cities. As such their arrivals can be unpredictable, they are often slow moving, and it is difficult for riders to predict exactly how long their trip will take. In a survey of more than 2,100 riders, Active Trans found that 45 percent ranked how long they had to wait for the bus as extremely important to their decision to ride. Another 31 percent said speed and 26 percent said reliability were extremely important.

The solution, according to Active Trans, is dedicated bus lanes, signal prioritization and faster boarding times via all-door boarding or pre-boarding fare payment at bus stops. Chicago has already experimented with all three to varying degrees, but Active Trans wants to see significant expansions.

The advocates called for CTA and the Department of Transportation to build 50 miles of bus-only lanes (there are currently 4 miles). Along with more signal prioritization and pre-boarding payment or all-door boarding, that would help speed up service and improve on-time performance. All-door boarding in San Francisco reduced bus loading times by 37 percent and improved on-time arrivals by 47 percent.

To help facilitate those changes, Active Trans calls for a few policy changes. Bus improvements are cheap compared to rail expansion, but they’re not free. To pay for improvements, Whitehead says the city should pass Mayor Rahm Emanuel’s proposed fee increase on ride-hailing services (from 52 cents per ride to 67 cents). The revenues would help fund CTA. The report also calls for improved enforcement to keep cars and trucks out of the bus-only lanes, new incentives to get people to buy multiday bus passes, and more data sharing from ride-hailing companies to get a sense of how the private car service companies are impacting traffic.

“All of this requires political will,” says Whitehead. “That’s one of the goals of this report: to build awareness and political will so we can work with people to encourage their elected officials to make changes.”

Whitehead also acknowledges that some see a stigma in bus use and he’s frustrated by that sentiment, but also thinks that “a lot of that stigma comes from the quality of service. If buses were faster, more reliable, most if not all of that would go away.”

Active Trans is hoping it’s right about the possibility of turning around CTA’s bus decline with relatively inexpensive fixes. The alternative, to Whitehead’s mind, is grim.

“Losing even more bus service leads to more cars on the street and that makes our streets more dangerous, generates more pollution … ,” he says. “It’s in the public interest to support healthy transportation choices like the bus.”