Clever Chicago Commuters Get Around Fines for Texting While Driving 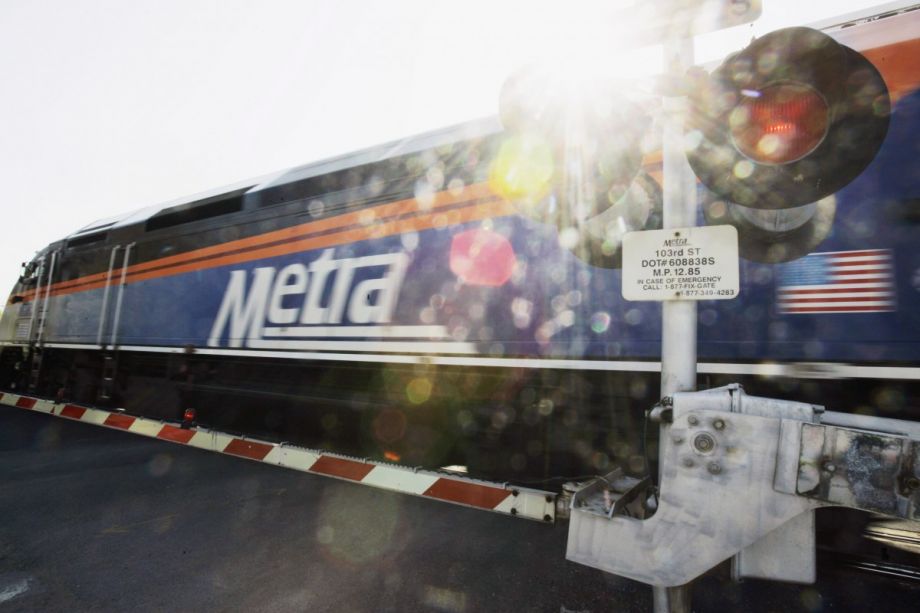 Ever look up from your smartphone just long enough to confirm that everyone else is scrolling their way through the morning commute too? You’re not alone.

A new study from DePaul University’s Chaddick Institute for Metropolitan Development found that the lure of being constantly connected is making use of public transit much more appealing to daily commuters who see the trip as a chance to continue texting, tweeting, shopping and watching TV.

The study, “The Digitally Connected Commuter: Tracking the Rising Use of Personal Electronic Devices on Chicago Suburban Trains,” sampled Chicago’s commuter population, observing 4,700 passengers on 53 commuter trains in the area this year. Among the main findings: In the last five years, more than three times as many Metra riders are using electronics that would be illegal if they were driving. In 2010, only 13.9 percent of Metra riders were found performing “sophisticated visual tasks” using devices with LCD screens, compared to 44 percent most recently. The researchers speculate that the latest ridership increases are in part thanks to the desire to stay plugged in.

“Sophisticated personal electronic devices are changing the way Americans use public transportation,” said Joseph Schwieterman, director of the Chaddick Institute, in a press release. “Heavy users of mobile technology are finding train travel to be particularly amenable to their digitally oriented lives. Many relish the idea of using their devices from origin to destination, giving this historic mode of travel a new competitive edge.”

The study also claims observation of a “disappearance” of the digital divide in the region, noting that nearly two-thirds of the passengers surveyed had a smartphone — compared to just 35 percent four years ago.

Trains serving different parts of the metropolitan region now have similar rates of technological use. As recently as 2013, rates of usage tended to be as much as 20 percent higher on some routes than others. All parts of the region now have usage within 5 percentage points of each other.