Chicago Can’t Pay Its Pension Debt, and Emanuel Wants to Stall – Next City 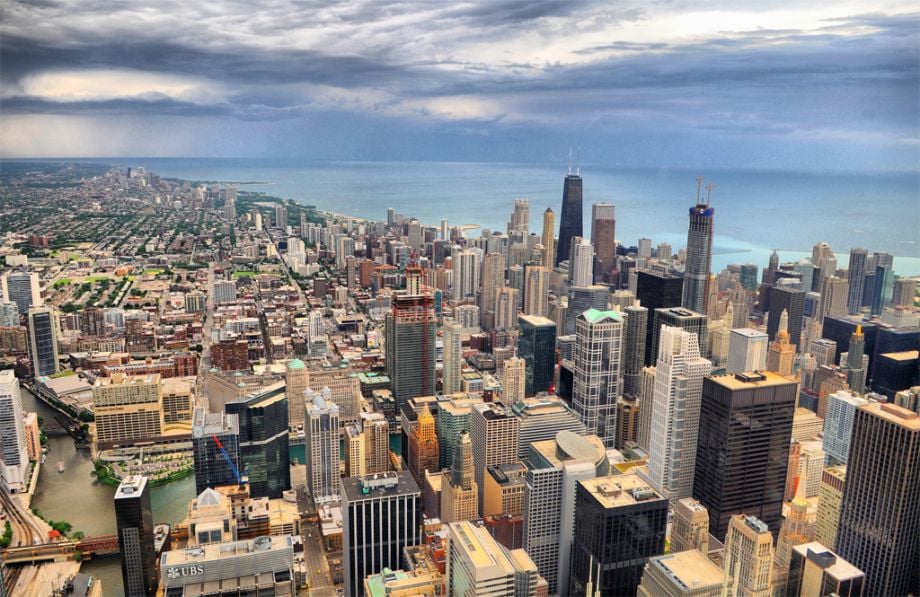 Odds are, someone you know gets a city pension. That may not be the case for much longer, though, as municipalities from San Jose to Detroit face rising pension liabilities that remain massively unfunded. Detroit is the poster child right now, but Chicago is also on a reckless path toward insolvency.

The city’s pension shortfall stands at about $19.5 billion, according to the Chicago Tribune. That includes all four funds: Municipal employees, laborers, and the police and fire departments. Like Detroit, Chicago spent decades failing to pay into pension funds what financial experts had recommended it pay.

According to a report released yesterday by Moody’s, the investor services company that dropped the city’s bond rating three notches this summer, Chicago’s adjusted net pension liability exceeds 600 percent the size of its operating revenue. No other city in the country comes close.

Those pension payments aren’t going anywhere fast, and they’re only going to increase. A 2010 state law requires the city to pay roughly $600 million more into the police and fire department funds beginning in 2015 — increasing the city’s payments for all funds from $483.4 million to $1.1 billion. That additional $600 million is roughly one-fifth of Chicago’s operating budget.

As Mayor Rahm Emanuel told lawmakers in May 2012, “the day of reckoning has arrived.”

More than a year later, however, Emanuel wants to kick the can down the road, which is what got the Windy City in trouble in the first place. He told the Tribune on Thursday that he’s pushing back against looming tax hikes because it will “allow us the time, the foresight to work through the issues.”

But Rachel Cortez, vice president and senior analyst for Moody’s, told me that “Chicago can’t run away from these pension issues forever.”

“Unless the unions agree to change the constitution to reduce their own benefits — which sounds very unlikely — there will have to be significant revenue increases and/or expenditure decreases,” Cortez said.

There’s always the question of what happens if Chicago steamrolls forward with these severely unfunded pensions. The answer, right now, is anyone’s guess.

“At some point within the next 10 to 20 years, if the city continues to underfund its pension plan, then the plans will run out of money,” Cortez said. “And at that point, it’s not really certain what would happen.”

And that’s exactly what’s so scary about these out-of-control unfunded pension tabs across the country — no one knows what will happen. San Jose is waiting for a ruling on whether it can reduce benefits for pensioners. Just yesterday, Detroit Emergency Manager Kevyn Orr said he wants to freeze the city’s pension fund. To be clear, it wouldn’t stop benefits. The current plan would be closed to new members at the end of the year, however, and accruals would end on the same date for current pensioners.

Chicago’s not on the precipice of bankruptcy and Emanuel isn’t about to freeze pension plans. The mayor said the city would have to increase property taxes by 50 percent to pay for the police and fire increases, which isn’t happening, either. And pensioners aren’t about to forfeit future benefits. But the worst thing Chicago can do is push the deadline 10 years further down the road. That’s how it got here in the first place.