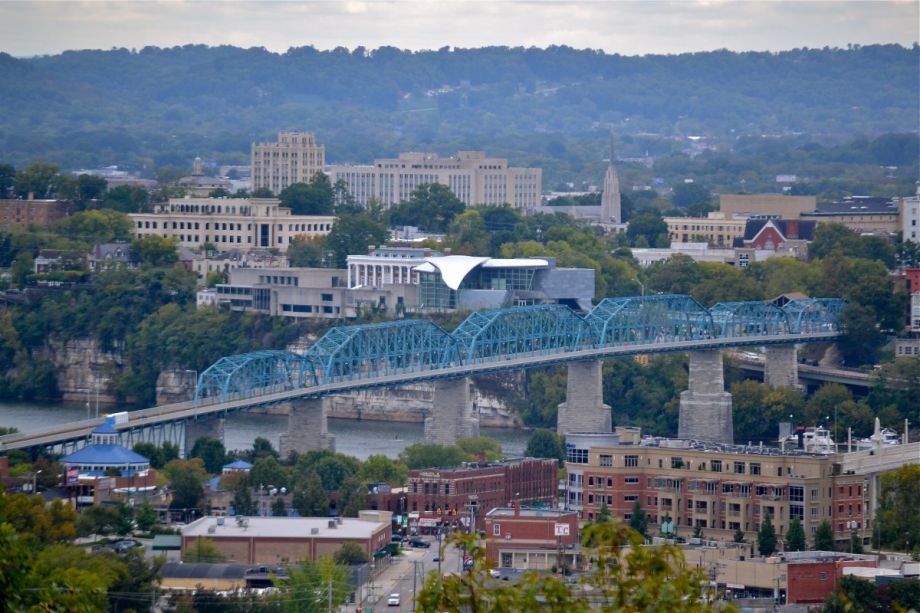 A new, city-sponsored proposal to convert underdeveloped buildings into affordable housing in the heart of Chattanooga’s booming “Innovation District” is one more way the city is making good on its pledge to foster inclusivity in the rapidly upscaling, startup-central downtown neighborhood.

The Innovation District is anchored by the original 10-story Tennessee Valley Authority (TVA) building, today renamed the Edney Innovation Center and home to startups, collaborative labs and event spaces. Launched in 2014 to lure tech startups and entrepreneurial programs to a city abandoned by its manufacturing base, the 140-acre district has added some $865 million and more than 3,000 jobs to the local economy—giving Chattanooga the third-highest wage growth among mid-size cities in the country and the nickname “Gig City,” for the bustling progress built on the back on its high-speed gigabit network. The dense downtown cluster of buildings today includes nonprofits, learning labs and startups like Skuid and Bellhops.

At the same time the city is drawing high-skilled talent with innovation jobs, it’s also working on public/private partnerships and collaborative work spaces that pull people together from all over the demographic spectrum. One such initiative is a pilot food store on the bottom floor of Pattern Towers, a public-housing development for low-income seniors, located in the Innovation District.

As Next City’s Serena Maria Daniels reported, in an area with few healthy, affordable food options, the introduction of Bingo’s Market is designed to give seniors easy access to nutritious food choices close to home while offering tech workers gourmet food to go—and one day, hopefully, operate in the black. The idea, says Chelsea Conrad, creative director of Causeway, one of the nonprofits that launched the market, was to “strike a balance of affordability and financial sustainability that doesn’t rely on grant funding.”

The buildings Mayor Berke is offering for redevelopment include the four-story City Hall Annex. It’s all part of the government’s ongoing efforts, Berke told the Times Free Press, to avoid the gentrification displacement of low-income inhabitants occurring in tech centers such as San Francisco and “make sure Chattanoogans can participate in the economy of the future.”