Breaking the Frankensilence – Next City 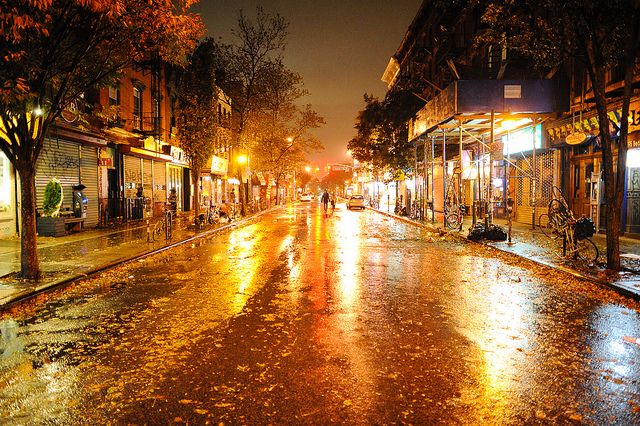 The year 2012 is on track to become the warmest year on record, with some 40,000 temperature records broken in the U.S. alone. In addition, Arctic sea ice melted to a record low, further adding to a grim list of milestones and warning signs that most people are ignoring.

Most people, including the two men running for president.

Neither President Obama nor Mitt Romnney mentioned climate change in this year’s presidential debates, the first time since 1984 that such a thing has happened. In this state of silence, many environmentalists have taken to waiting for a disaster to occur to wake up our policymakers. This week, that disaster hit — and it hit urban America, another topic remarkably absent from the debates.

Hurricane Sandy, the storm that this week crippled New York, Philadelphia and other cities (not to mention leveling Atlantic City), has left many parts of our largest metro areas without power, transportation and fundamental services. With every camera-pan of a flooded Brooklyn Battery Tunnel or power-zapped Manhattan, we as a country are witnessing the extreme vulnerability of our transportation and electricity infrastructure.

With economic losses projected to total up to $20 billion, Sandy will likely be the costliest hurricane to ever hit the Northeast. According to the Philadelphia Inquirer, power outages in New Jersey and Pennsylvania have shattered records, with more than 3.7 million homes and businesses going without power. In New York City, a transit system that carries 5.2 million passengers a day and is essential to the city’s economy has flooded. The floodwater could take up to four days to to pump out, according to MTA officials.

With its unprecedented force, the so-called Frankenstorm is a brutal introduction to what is now the new normal. If our politicians continue to ignore climate change and cities, we can look forward to many more of these adventures in darkened streets and paralyzed economies.

New York Gov. Andrew Cuomo said Tuesday morning that the city and the state may have to consider building a levee to protect Lower Manhattan, where waters rose 10 feet above flood stage. “It is something we’re going to have to start thinking about,” Cuomo said. “Anyone who thinks that there is not a dramatic change in weather patterns is denying reality. We have a new reality, and old infrastructures and old systems.”

For architects, designers and planners, this means stepping up. We need to redesign and rebuild our infrastructure, and we need to do it sooner rather than later. Sandy gave many of us a few days out of the office. Now it’s time to get back to work for a shared future.

Eric Corey Freed is principal of organicARCHITECT, an architecture and consulting firm in California, and author of four books including Green Building & Remodeling for Dummies.