Branding the Global City – Next City 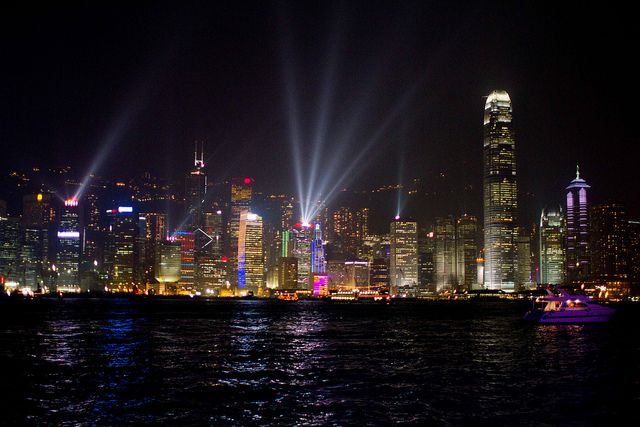 Cities such as Hong Kong can increasingly go to the international stage to tell the world what they are and what they want. Credit: No Lands Too Foreign on Flickr

The following article originally appeared in SIPA News, the magazine for Columbia University School of International and Public Affairs.

Throughout its colonial history, Hong Kong had long been known as the gateway to Asia. But with the rise of other global cities in its region like Singapore, Shanghai and Seoul, Hong Kong faces new competition to its established identity. In response, the city launched Brand Hong Kong in 2001 to secure its place as “Asia’s World City.”

Hong Kong is not alone. Increasingly, cities are making explicit efforts to employ the strategic branding tactics of companies to stake their claim on the world stage. This rising trend is indicative of a new urban era and is due to two major shifts that are making the global identity of a city more important than ever before.

First, there are simply more people moving to cities. In 2008, more than half of the world’s population lived in urban areas for the first time in history. By 2050, the United Nations projects that the proportion of urban dwellers will reach nearly 70 percent. This migration has been called the most important since the rise of agriculture and the decline of nomadic living.

Second, most of these new urban centers will not be in the traditional developed economies. In March 2011, the McKinsey Global Institute published a report that estimated that 600 urban centers generate about 60 percent of global GDP. McKinsey predicts that this proportion will still hold by 2025, but the location of these 600 cities will be markedly different. Over 135 new cities from the developing world are predicted to enter this group of 600, with 100 from China alone.

Furthermore, the Global Cities Index 2010 (a collaboration between Foreign Policy, A. T. Kearney and The Chicago Council on Global Affairs) ranked 65 cities with populations greater than a million according to “its influence on and integration with global markets, culture, and innovation.” Although traditionally global cities like New York, London and Tokyo still top the list, other emerging market cities like Beijing, Shanghai and Buenos Aires now rank in the top 25, and the authors expect the rankings to skew from the West to the East in coming years.

As this simultaneous shift occurs — increasing urbanization and greater influence of the developing world — up-and-coming cities are making conscious efforts to compete for investment, human capital and prestige.

Many cities have always had a particular ethos or identity that required no formal effort to develop. In their book The Spirit of Cities: Why the Identity of a City Matters in a Global Age, Daniel Bell and Avner de-Shalit examine nine modern cities and their individual “spirits” — for example, religion in Jerusalem, learning in Oxford and ambition in New York. But in recent years, cities are increasingly moving beyond organic identity development to adopt formal branding campaigns. Hong Kong launched its brand in 2001, and other well-established global cities have long pursued branding campaigns of their own, such as the ubiquitous “I Love New York.” 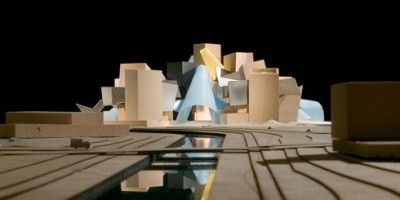 Rendering of the Guggenheim slated to open in Abu Dhabi. Credit: Guggenheim

There are different approaches to the strategic creation of a city’s brand. Some cities are pursuing the “Bilbao effect” by building landmark cultural destinations to remake their international urban identity. Before the Guggenheim Museum opened in Bilbao in 1997, this Spanish city of fewer than a million people had a struggling, industrial-based economy. The arrival of the museum was a lynchpin in its strategic international transformation. In 2010, the Guggenheim estimated that it contributed almost 200 million euros to Bilbao’s GDP directly and indirectly, as well as maintained almost 4,000 jobs. Perhaps just as significantly, Bilbao was a finalist for the World Design Capital in 2014, along with Cape Town and Dublin. In less than two decades, Bilbao has remade — even created — its global identity. Notably, another Frank Gehry–designed Guggenheim museum is slated to open in Abu Dhabi, United Arab Emirates, in 2014, bringing worldwide attention to the Middle Eastern art scene and to Abu Dhabi as a global city.

Other cities are taking advantage of major international events to catapult them onto the global stage. Rio de Janeiro is using this tactic to the extreme, with Rio+20 next month, the Catholic World Youth Day in 2013, the FIFA World Cup in 2014 and the Summer Olympics in 2016. Rio’s bid for the Olympics, the first to be held in South America, was — as its website proclaims — built around the theme of “passion and transformation of a city and an entire country, fuelled by the renovation of the Olympic spirit, to project Brazil and Rio de Janeiro to the world.” Rio is using these international events to broaden its global image and become one of the urban gateways to the southern hemisphere.

As successful as some cities’ efforts have been, the creation of an aspiring city’s global brand can still be precarious. In March 2011, more than 130 artists promised to boycott the developing Guggenheim Museum in Abu Dhabi because of labor conditions for foreign workers. Such a controversy could very well offset any effort to make Abu Dhabi a new global cultural center.

Beijing also famously used its 2008 Summer Olympics to boost its international identity. However, in their 2009 paper “City Branding and the Olympic Effect: A Case Study of Beijing,” Li Zhang of Fudan University and Simon Xiaobin Zhao of the University of Hong Kong conducted a survey about citizens’ attitudes before and after the Olympics. They found that the top-down branding effort by the city government, which emphasized its vision for Beijing’s development as a global city, was mismatched with the vision of the city’s residents and had little to do with grass-roots initiatives.

“The city values and branding projects were selected more for their relevance to Western tourists than for their representative of actual ways of life of local residents,” Zhang and Zhou write. Just as in the business world, building a city’s global brand must still be consistent with the city’s core values to achieve a long-lasting and successful outcome. 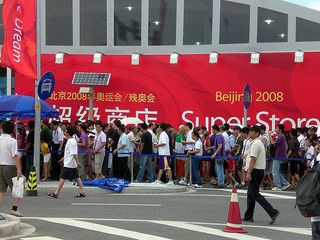 Moreover, a city’s global brand does not necessarily have to reflect the core values of its home nation. Discussing Amsterdam, De-Shalit emphasizes that “It was an intention of the city several times, most recently in the 1910s and 1920s, to allow as many people who wanted to live there, no matter their religion [or] color,” despite the continued conservatism of Holland. Today, when a city isn’t limited by its national identity, it has greater latitude to build a competitive advantage. Notably, despite its location in a politically conservative region of the U.S., Las Vegas has successfully built a global brand as “Sin City” with gambling, clubs and other adult entertainment.

While in the past city branding may have been primarily about attracting inward investment and tourism, today’s efforts are increasingly about positioning cities as active political actors on the international stage. On issues from terrorism to climate change, the leaders of world cities are engaging other mayors and even national leaders in direct diplomacy to meet their most pressing challenges. Former Chicago mayor Richard M. Daley launched the Chicago-China Friendship Initiative during a two-week visit in March 2011, improving the international profile of Chicago’s economy with the explicit goal of making Chicago the most “China-friendly” city in the United States.

Other initiatives, like the C40 Cities Climate Leadership Group, provide an international forum for city leaders to gather and engage on global challenges outside national-level discussions. While the C40 is currently chaired by New York’s mayor Michael Bloomberg, the steering committee also includes emerging global cities like Jakarta, Johannesburg and São Paulo, which is further evidence that major cities of the developing world already recognize the diplomatic opportunities that globally-branded cities enjoy.

As the world continues to urbanize, one thing is clear: Cities are actively using branding and diplomacy for their own international political and economic gain. How successful these efforts are will depend in part on the degree of independence and latitude that cities are granted by their state, regional or federal governments. But as Hong Kong’s branding plan to become “Asia’s World City” attests, cities can increasingly go to the international stage to tell the world what they are and what they want — and not have to wait for national governments to keep up with them.