Boulder Presses Pause on Some Opportunity Zone Development – Next City 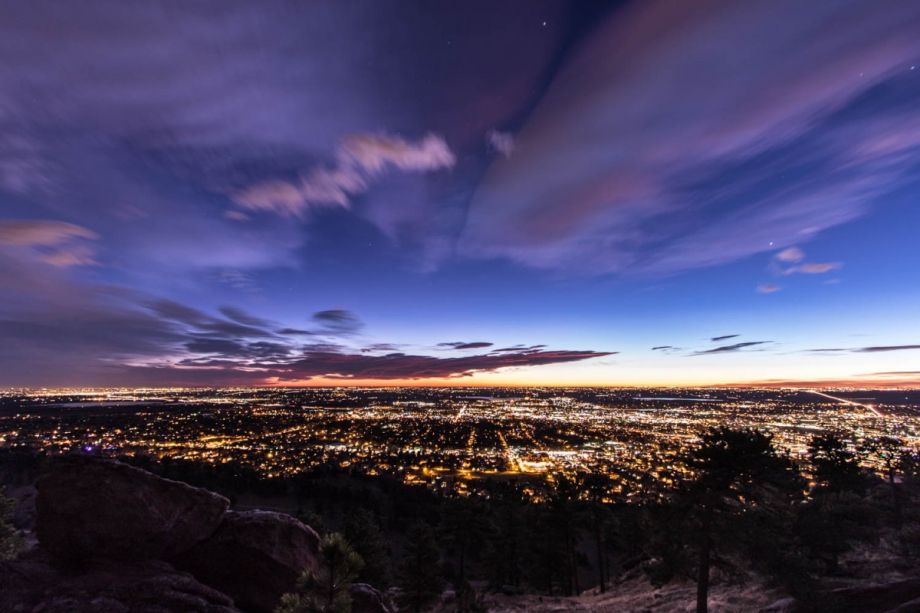 In Boulder, Colorado, a city of 100,000, a moratorium is standing right now between the residents of Colorado census tract 122.03 and a flood of capital.

The tract is one of 8,762 in the U.S. that the federal government designated an Opportunity Zone last year. Investors can receive federal income tax breaks for making qualifying investments in the zones — but there are no requirements that residents in them must benefit from jobs and housing tied to that capital (which already totals at least $20 billion). Some 35 million people currently live in Opportunity Zones, and a majority of them are people of color, according to an analysis by the Urban Institute.

Uncertain whether the federal program would benefit residents in or near Colorado census tract 122.03, let alone the rest of the city, Boulder City Council temporarily suspended the acceptance of building permits, site review applications and other development applications for many types of projects in the Opportunity Zone. (The pause is on development that would result in adding non-residential floor area, any demolition that removes multifamily dwelling units or any non-residential floor area, and the creation of any new dwelling units “that do not meet the requirements of the ordinance.”)

“We could take a posture of let’s just wait and see and do nothing, but that’s not really going to serve the community,” says Yvette Bowden, director of community vitality and parks and recreation for the city of Boulder. She’s serving as the city’s point person on its Opportunity Zone, fielding questions and taking suggestions from others on what could be done to ensure the tax incentive actually benefits residents. “[The moratorium] allows for people to not necessarily think that immediately tomorrow someplace that is currently somewhat affordable is immediately going to be redeveloped, which might result in displacement.”

Not everyone is happy about City Council’s move.

“There are many, many significant projects and businesses in that area that could be negatively impacted unintentionally,” says Clif Harald, executive director of the Boulder Economic Council, the economic development arm of the Boulder Chamber of Commerce. “Unintended consequences are still consequences.”

The city’s initial emergency moratorium ordinance included exemptions for specific projects within census tract 122.03, like the city-owned Boulder Junction project, a public-private partnership for a mixed-use development with affordable housing built partially on top of an underground regional bus transit hub. There was also an exemption for projects whose permit applications were filed before December 18, 2018 (the date of the original moratorium ordinance), as well as an exemption for construction of any building or conversion of floor area owned by a “community-serving Colorado nonprofit corporation.”

Boulder City Council has since passed two additional ordinances expanding the exemptions, allowing projects on residential lots of less than four acres that don’t require demolition, or projects on residential lots larger than four acres that meet the city’s inclusionary housing requirements all onsite. The city has had an inclusionary housing ordinance since 2000, and currently requires all new residential development contribute 25 percent of the total units as permanently affordable housing, with options for building onsite and offsite. Specific exemptions also granted permission for a new venue that’s half children’s museum, half beer garden.

The revitalization of Diagonal Plaza, a multiowner, multiparcel retail complex, also has an exemption from the moratorium.

“Diagonal Plaza has always been one of the areas that has attracted attention and discussion that comes and goes, but has been an area of focus and concern for decades,” Harald says. “There are multiple owners comprising multiple parcels, lots of underutilized space, more surface parking than is required, not a very active site. Every now and then a pretty good retail anchor comes in, then they leave … but some consistent tenants.”

The city says it’s working mostly behind the scenes so far to pass explicit exemptions in line with regional planning priorities laid out in the Boulder Valley Comprehensive Plan, approved in 2017. The moratorium is set to expire June 22, 2020, and would then be replaced with an ordinance and regulations reflecting the plan priorities.

The whole thing, including the Opportunity Zone designation for census tract 122.03, very nearly never happened in the first place. The moratorium isn’t the only unusual step Boulder has taken with regard to its Opportunity Zone. The city also released emails, yes emails, revealing much of how the city came to have an Opportunity Zone.

The legislation to create Opportunity Zones passed as part of the federal Tax Cuts and Jobs Act of 2017. The legislation gave states, specifically governors, the power to select up to 25 percent of eligible census tracts to receive the designation. Eligible census tracts generally included those with poverty rates of at least 20 percent or median family incomes no greater than 80 percent of their metropolitan area or statewide median family income. One of the major criticisms of Opportunity Zones has been the uneven degree of transparency and local participation in designating the 8,762 U.S. zones. In some states, governors offered no open lines of communication about their selections.

The now-public Boulder emails begin with a newsletter dated Feb. 15, 2018, from the Colorado Office of Economic Development and International Trade that alerts Harald at the Chamber about Opportunity Zones and the state’s request for input on which census tracts to designate. Saying he wasn’t sure Boulder would qualify given its relative affluence, Harald forwarded it to the city’s business liaison, Jennifer Pinsonneault, who looked into it and found Boulder had 12 eligible census tracts. Harald offered to help set up a meeting with Jeff Kraft, director of business funding and incentives at the state office.

Emails show Pinsonneault began working to compile information on Opportunity Zones and Boulder’s options. Susan Connelly (Yvette Bowden’s predecessor) and Jane Brautigam, city manager of Boulder since 2008, got involved. Governors had until March 21, 2018, to submit their proposed Opportunity Zone designations for final certification from the U.S. Treasury, or to request a 30-day extension. The Colorado Office of Economic Development and International Trade wanted recommendations from local governments and other stakeholders by February 28. At the meeting with Kraft, Boulder requested and received a couple days’ extension.

In early March, Connelly outlined her support for submitting for the zone designation, but noted that an influx of private investment could exacerbate high property taxes. She copied Jim Robertson, director of city planning, who expressed reluctance to give up local control of some city-owned land. Brautigam replied that the city should submit for two Opportunity Zone designations out of the 12 options. Ten minutes later, she changed her mind, saying one of the areas was “sensitive” and might be concerned with investment and that she felt there one “safe” tract. Pinsonneault submitted the city’s recommendation that only census tract 122.03 be an Opportunity Zone.

“Several of the tracts that the state determined were eligible were located near the university, so we didn’t really feel like they would be strong candidates, because we didn’t think it would meet the state’s criteria for economic need,” Meghan Wilson, communications manager for public works and planning, says. Indeed, much of the criticism around Opportunity Zones so far has been the selection of zones that don’t really need it — like those in already hot downtown areas or near universities where students make census tracts eligible but economic revitalization isn’t necessarily needed.

On March 23, 2018, the state announced its Opportunity Zone designations, including census tract 122.03. Harald, Brautigam and many others were excited.

“We weren’t sure any of Boulder’s tracts would be selected, but we felt like it was a good thing to do because we do have some areas of our city in more need of economic revitalization than others,” Wilson says.

Ultimately, the City Council expects to lift the emergency moratorium, but only after making changes to existing zoning and land use regulations within census tract 122.03, in concert with the implementation of the Boulder Valley Comprehensive Plan, approved in 2017 after two years of community meetings and approvals.

“City Council’s direction on the moratorium allows us to continue the work that the community was already doing, but still respects the fact that we know this opportunity is out there and we want to make sure it’s handled thoughtfully, to achieve what it’s supposed to achieve,” Bowden says.

In order to receive the maximum allowed tax break under the Opportunity Zones legislation, investments have to be made by the end of this calendar year. While there is still concern that some Opportunity Zone investors may pass by Boulder, so far Harald at the Chamber isn’t seeing much impact on investor activity directly from the legislation itself or from the moratorium. Many investors are still awaiting final regulations from the IRS before actually deploying dollars to projects.

“There hasn’t been a real escalation of inquiries and interest, so I think there’s still a little bit of due diligence that investors and developers might be doing to really understand the nuances of the new policy,” Harald says. “I’m sure there are investors interested in our Opportunity Zone, but I haven’t had a conversation with them about the impact of the moratorium on their thinking.”