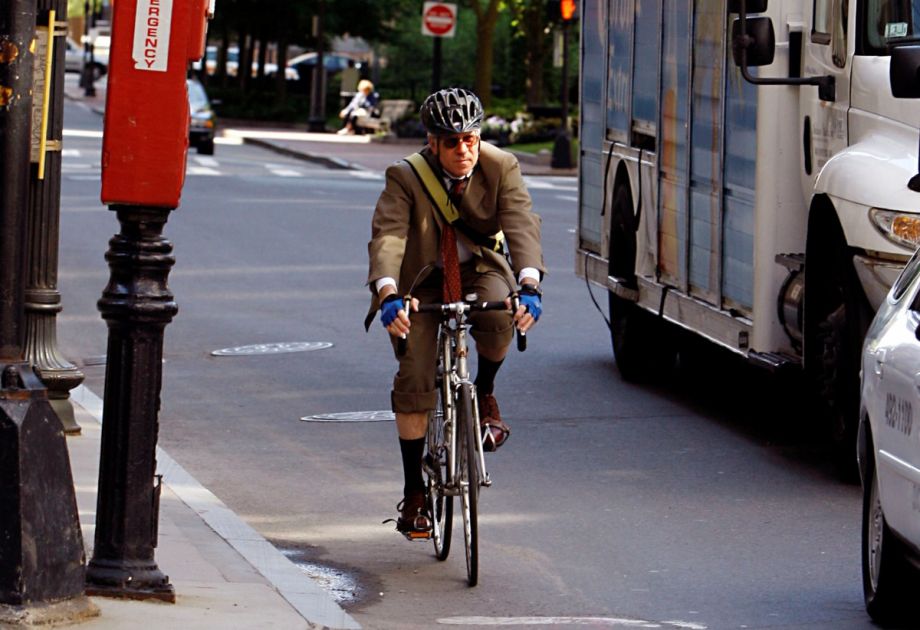 Boston has a rep for bad drivers, poorly marked one-ways and other traffic disasters. All of these factors can contribute to unsafe roads for bicyclists and pedestrians. But the city unveiled a plan last night that could make things safer on one of Boston’s most dangerous streets.

The $16 million project would include 6.5-foot-wide bike lanes on Commonwealth Avenue. As WBUR reports:

Riding in the bike lane, the sidewalk is to the right and on the left, there’s a row of parked cars. A three-foot raised buffer separates the cyclists from the parked cars, which also act as a barrier from the busy street.

People for Bike’s recent annual list of best new bikes lanes in the U.S. all fell under the protected category, and in Denver, cycling advocates and downtown business groups have joined to crowdfund such lanes.

Protected bike lanes are common in many European cities, but the U.S. has been slower with adoption. A study last year of Austin, Chicago, Portland, San Francisco and Washington, D.C. revealed that most people think protected lanes cut down on parking — even in cases where the lanes actually allowed for more spots. According to WBUR, 73 parking spots would be lost in the proposed Boston plan.