Working on a New Conversation About Bike Equity – Next City

Working on a New Conversation About Bike Equity 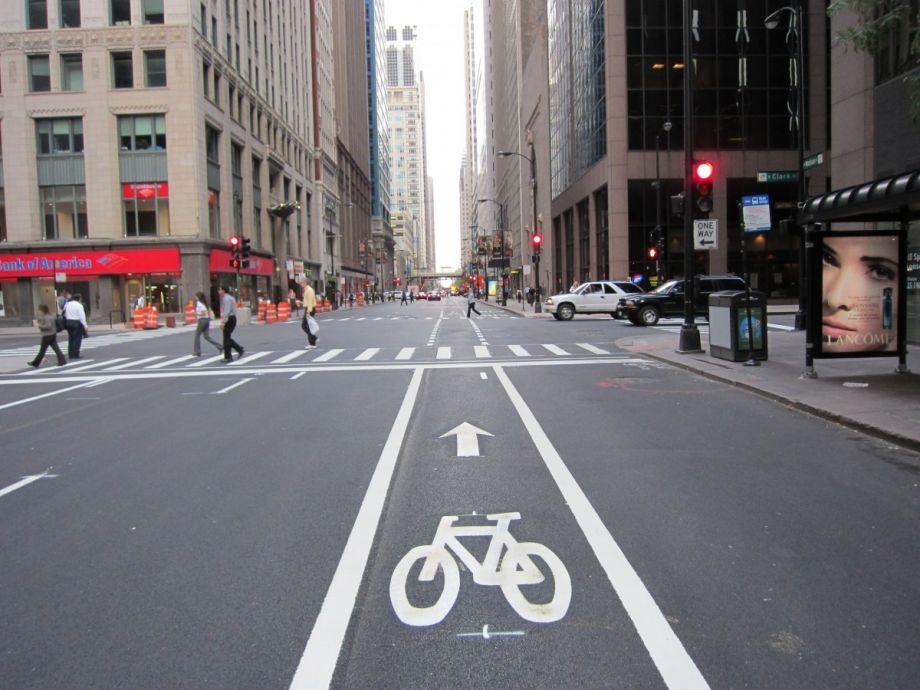 Bicycling in the U.S. has long been seen as a recreational pursuit and transportation mode for mostly affluent white people (and mostly men). There’s truth to the perception. As of the 2009 American Community Survey, white people still accounted for about 77 percent of all trips taken by bike, and men still made up about three-quarters of all riders. But, that’s changing. From 2001-2009, growth in the number African-Americans, Asians and Hispanics who cycle significantly outpaced that among whites. Though there are many factors contributing, it is without a doubt in part thanks to the growing diversity of advocates and increased action around equity in bicycling.

On December 10th, a coalition of black bike advocates in Chicago presented a letter to Mayor Rahm Emanuel’s Bicycle Advisory Committee requesting the city and the state of Illinois publicly commit to improving bicycling conditions in underserved, predominately black neighborhoods. Representatives from Slow Roll Chicago, Red Bike & Green, Major Taylor Cycling Club, and Friends of the Major Taylor Trail wrote that they want an equitable distribution of bike infrastructure, education and bike-share stations in order to ensure that the “predominantly Black Southside and Westside neighborhoods … are healthier, safer, more economically thriving, and more socially cohesive as a result of greater bikeability.”

Chicago’s bike infrastructure and Divvy bike-share system are clustered far more densely in the more affluent North Side. Red Bike & Green’s Eboni Senai Hawkins says, first and foremost, it’s important to remember that there are many neighborhoods that make up the West and South sides with a wide array of economic statuses. But in her focus on Chicago’s 20-plus neighborhoods with 90 percent or more black residents, systemic underinvestment has had major impacts.

“A lack of resources for bike education, encouragement and infrastructure can lead to the idea that biking is only for children or only for recreation or too dangerous,” says Hawkins. “A lack of resources coupled with other systemic issues leads to less vibrant public life [and] fewer livable communities where biking and walking are possible.”

The inequitable distribution of bike resources is a problem far from unique to Chicago. When cities start building their bike infrastructure networks they usually do so in areas where people are already biking. A bike lane is painted, lots of existing bicyclists ride in it — it’s a political win for city. As Hawkins implies, it creates a chicken and egg situation where people aren’t riding because they don’t feel safe without good infrastructure, and cities aren’t installing infrastructure in places where people don’t already ride.

Adonia Lugo, equity initiative manager at League of American Bicyclists says it’s also because people in affluent neighborhoods have better political access. “In the U.S., new bike infrastructure has largely come from motivated community members going and getting this stuff in place. We see the same gaps in our built environment that we’ve seen in bike advocacy, which is a predominately white community at this point in time. But that’s changing fast.”

Lugo points to the coalition in Chicago as an example of the growing numbers of bike advocacy leaders from communities of color working to advance traditional bike agendas such as getting more infrastructure on the ground as well as bringing new, previously overlooked ideas to the table.

Lugo says there are many other examples of this around the country. In Los Angeles, Multicultural Communities for Mobility is using a community-organizing model to engage people in underserved neighborhoods to become advocates for new bikes lanes. The National Brotherhood of Cyclists is a coalition of African-American cycling groups promoting cycling for its “health and fitness benefits, particularly [in] those communities disproportionately affected by health issues.” The Bicycle Coalition of Greater Philadelphia has worked to ensure its coming bike-share system “has a diversity of users and fits [residents’] diversity of needs” says Lugo, something many cities have struggled with as they launch their bike-share systems.

In addition, many of the country’s largest and most prominent traditional advocacy organizations — Cascade Bicycle Club in Seattle, PeopleForBikes in Boulder and, of course, the League of American Bicyclists in D.C. — have made commitments to equity in bike advocacy with the creation of equity-focused positions. The national conversation about equity and social justice in bike advocacy is starting to change.

Lugo says she and her colleagues at the League are working to address equity in two big ways. The first is to update traditional planning and policy — how public money is spent, where funding streams go, where advocates lobby for new bike lanes. The goal is to make sure the existing bike advocacy best practices are applied in a way that ensures “underserved communities are getting the investment in bike facilities they need in order to bike safely” the same way more affluent neighborhoods have been in the past.

In order to do so, Lugo wants to advocates to employ GIS data and other analytical tools to more accurately identify what neighborhoods need what infrastructure and resources.

“Perceptions are important, but they need to be supported by good information,” she says.

The second is through a project called Seeing and Believing that will address power structures in bike advocacy and treat equity as a community engagement project. The project centers on identifying and addressing the “complex safety issues that a lot of people in this country are facing when it comes to active transportation,” says Lugo.

“One thing that has been really prominent in the news for past four months or so has been the issue of racial profiling in policing and police violence,” Lugo explains. “We want to shed more light on issues of not feeling safe when walking and biking as a person of color.”

Lugo says that by getting a more diverse array of voices involved in bike advocacy, the more those difficult bicycling realities will become a part of the advocacy mainstream, the more effective bike advocacy will be.

“New voices are going to bring new perspectives,” says Lugo. “I think that we’re ready to mature as a movement and hear about some things that might’ve been overlooked or see our ideas challenged. Things are improving and … it has been so wonderful to see the development of the bike equity network.”