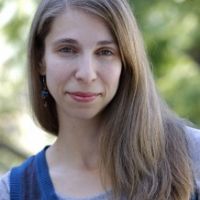 It wasn’t so long ago that Mexicans living anywhere besides the capital city would warn visitors not to venture into the country’s beating heart. Chilangos, a pejorative label for residents of Mexico City and its suburbs, are so crafty that they can steal your socks without removing your shoes, went one refrain. The sprawling city is “total chaos,” went another. And watch out, people would say, because the pollution is bad enough to burn your eyes.

Six years into a brutal drug war that has left many prosperous and once-tranquil regions of Mexico battered by violence, the relative safety of Mexico City suddenly seemed like refuge. City streets are safer. Public transportation and overall mobility has improved. And the air? The skies are cleaner than they have been in decades.

Many of these improvements are thanks to the outgoing administration of Mayor Marcelo Ebrard, whose Democratic Revolution Party (PRD) has governed the capital since 1997, and set precedent for progressive policies on all manner of city issues. His successor, Miguel Angel Mancera, also of the PRD and who previous served as the city’s attorney general, will be inaugurated on Wednesday.

Ebrard ends his six-year term on a high note: The mayor’s approval rating stands at 65 percent, according to survey published Monday by the newspaper El Universal. Among Ebrard’s achievements, respondents listed the construction of a new Metro line, social programs and road improvements as the top three. The expansion of the Metrobus bus rapid transit system also ranked high among his successes.

This legacy is expected to figure prominently into Mancera’s own leadership with the mayor-to-be showing signs that he will govern with many of the same priorities in mind.

At the start of his administration six years ago, Ebrard set in motion a Plan Verde — a “Green Plan” — that created ambitious goals in terms of reducing carbon emissions in the metropolis. It consisted of a mix of programs involving different city sectors, from the environmental secretariat to public works, transportation and sanitation.

“In terms of emissions, Mexico City was successful in stopping the growth of greenhouse gases,” says Guillermo Velasco, coordinator of environmental studies at the Centro Mario Molina think tank. “[The city] controlled them, left them basically where they were even as the city kept growing and the economy kept growing.”

The seven-point plan covers land conservation, inhabitability and public space, water, mobility, air, garbage and climate change, and energy. It’s is designed to endure 15 years — a success of its own in a country where there is no reelection and politicians have little impetus to plan beyond their terms. Of 77 goals set by the plan, the Ebrard administration concluded 35 and has reported that the rest are between 50 percent and 90 percent complete.

The advances the Ebrard administration made in six years on mobility are perhaps the most visible of the Plan Verde. They’re staggering, too, considering the difficulty in interrupting commutes with construction in a metropolis topping 20 million people.

Three new bus tansit transit (BRT) lines crisscross the city, allowing the total Metrobus network to move 800,000 people daily. A bike share program called Ecobici sports 275 stations citywide and boasts a ridership of nearly 90,000 people who make 32,000 trips every day on the red-and-white bicycles. And the city just inaugurated a 26-kilometer metro line, the 12th in a system that rivals the biggest and best in the world.

But interconnect has been the city’s Achilles’ heel. For the first time, the city enabled a system in which the same transit smart card can be used on the Metro and Metrobus. But commuters — half of whom use at least two forms of transportation — still have to use coins on the thousands of small, independently operated microbuses and purchase separate tickets for light rail. There are no free or discounted transfers between modes.

CTS-Mexico, the local branch of the transportation research institute EMBARQ, recently outlined a laundry list of demands for the new government in terms of mobility. More interconnectedness ranked near the top.

There have been successes, but “now the challenge has to do with generating greater efficiency, expanding mass transport and structuring an integrated system of transport,” CTS-Mexico said in a statement.

Progress Still to Be Made

For all Ebrard’s achievements, there are areas where concerns still nag, especially in land use and the worrying subject of how the city is going to manage its extremely scarce water resources into the future.

The city’s closure of the last landfill inside city limits earlier this year was a major success for the Plan Verde’s emissions reduction program — the closure slashed annual greenhouse gas emissions by 1.5 million tons. But a tentative plan to extract biogas from the shuttered dump must still jump numerous bureaucratic hurdles, including feasibility reviews. While a composting plant at the site is doing away with some organic waste, Mexico City still hasn’t resolved its garbage issue. It’s simply shipping its trash farther away.

On the issue of water, Velasco said, the city has been far less visionary than it needs to be. There are no robust programs that incentivize saving water, and water costs far less than it should.

“There was a lack of leadership on this issue,” Velasco said. “There were no new concepts put forth. A change in mentality is needed.”

From Mayor to President?

In hopes of capitalizing on his popularity, Ebrard has indicated that he plans to launch a campaign for the 2018 presidential election in Mexico. He’s starting early in part because while Mexico City’s gains are celebrated in the city and internationally, Mexicans across the country are less attuned to city’s successes.

He’ll especially need to promote achievements in terms of security: High-impact crimes including homicide and car theft fell 42 percent on average, Ebrard has said. Although the incidence of “express kidnapping” began climbing again this year, Mexico City has managed to avoid the shootouts and mass killings that have characterized Mexico’s ongoing drug war.

Mexico’s Institutional Revolutionary Party (PRI) ruled the country for 71 years between 1929 and 2000. After 12 years and two presidencies of the conservative National Action Party (PAN), the PRI retook the presidency with Saturday’s inauguration of Enrique Peña Nieto.

The PRD has never won Los Pinos, Mexico’s presidential residence. Ebrard seems determined to transform his success in the city into something on a national scale. He now has six years to show the rest of the country what he has already shown the world.

Lauren Villagran has written for the Associated Press, Dallas Morning News and Christian Science Monitor, among other publications. Based in Mexico City, she has covered the Mexican capital’s renaissance and the country’s struggle with an ongoing drug war, all while marveling at Mexico’s millennial culture. She holds a degree from the Medill School of Journalism at Northwestern University.