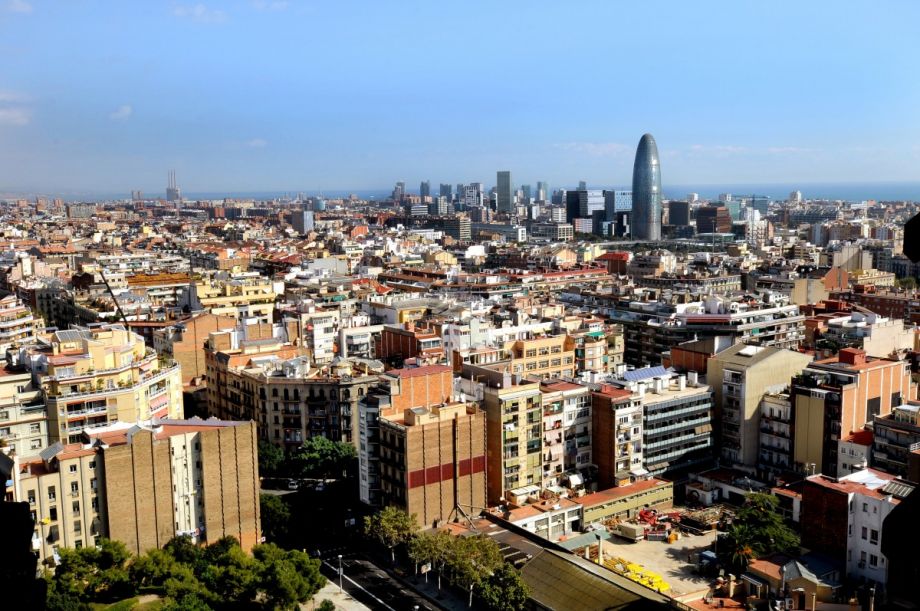 Barcelona, Spain, has set in motion an ambitious Urban Mobility Plan that intends to reduce space for cars by 60 percent. Successful implementation would cut traffic by 21 percent by 2018, and reduce air pollution to levels within the new European Union regulations. At the center of the plan is the creation of areas called “superblocks,” the first of which were rolled out in the Poblenou neighborhood in September.

The superblock concept groups contiguous blocks where motor vehicles are discouraged by reducing streets to a single lane, limiting speed to 10 kmh (6 mph) and removing parking areas. Bicycles, on the other hand, are allowed to move freely within the superblock. Former car lanes can be repurposed for other uses too.

The idea is not new to Barcelona. Areas of historic El Born and Gràcia were turned into superblocks in 1993 and 2005, respectively. Today they are two of the most lively sections of the city. The Urban Mobility Plan hopes to expand the model.

In the Poblenou pilot test, the city is starting with low-impact interventions that can be easily reversed. At a later stage, changes will be made more permanent and integrated. So far, a common complaint is about the lack of a real participative process with residents. The project was announced at the end of July, amid summer vacations, and implemented in early September, leaving little time to discuss details.

In a statement released soon after the pilot launch, the Association of Neighbors of Poblenou (AVVP) warned that the lack of information could bolster “resistance to change” among locals. AVVP highlighted concerns about the increased traffic in the streets that surround the superblock and the displacement of bus stops. They also expressed support for the project and its goals, citing hope that “the pilot experience can serve to correct these deficiencies.”

Some people are less forgiving. One group of neighbors recently launched a campaign to demand the withdrawal of the project, charging that the implementation process “has not been democratic” and that the superblock has created more problems than it solves. These new problems include the increase in noise and traffic in the perimeter of the superblock, as well as difficulties for suppliers and taxis to work in the area.

Joan María Soler, from the AVVP, does not seem surprised. “It’s a fact that limiting the ‘freedom’ of cars has always sparked resistance in our city. It won’t go away until the benefits of the changes are more obvious,” he says over email. “We have experience with these situations in our borough. There were similar reactions when parking meters were installed, and when one of our main streets, the Rambla de Poblenou, was pedestrianized.”

Deputy Mayor Janet Sanz admitted that there have been communication problems. According to El Periódico, she said in October, “Listening to the neighbors has been the first lesson of this project. The urban debate must be on the street. But the process could have been more participatory,” she says.

The city has made a few adjustments to address some of the concerns. There are now new loading and unloading areas; some lanes were widened to ease the turns of garbage trucks. Restrictions for cars were softened too. For example, a ban on all left turns was lifted. Moreover, to mitigate the impact on the accessibility to public transport, a bus line will go through the superblock.

“The project clearly needed to be adequate to the reality of the area. The changes point in the right direction,” Soler writes. “It is crucial that the superblock doesn’t affect negatively the public transport.”

Critics, on the other hand, claim the changes are “insufficient.”

A major challenge remains on how to use the new space. Between Sept. 5 and 22, professors and students of architecture developed an “urban action project” in the superblock. The idea was to create urban furniture for the new streets using recycled material, as well as to discuss future uses of the space with the neighbors. A large panel was installed where residents and passersby can write their opinions on the superblock and suggest improvements. Some of the suggestions currently being discussed are the creation of sports fields and playgrounds. However, nothing has been firmly decided yet.

The city has yet to issue a statement about the Poblenou rollout. If the current plan proceeds, five new superblocks will be created by 2019.