Planning for Atlanta’s Next Fleet of Trains – Next City

Planning for Atlanta’s Next Fleet of Trains 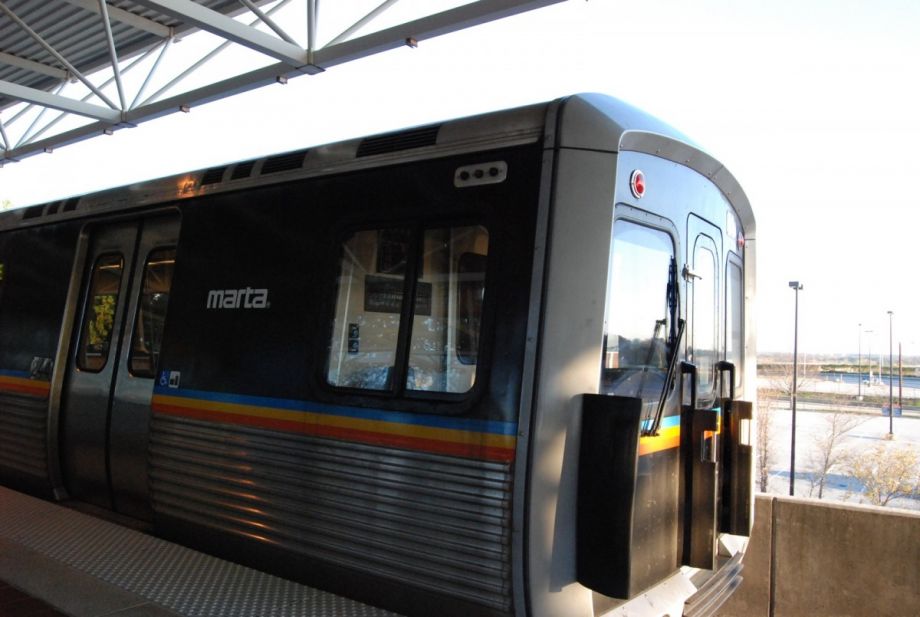 An Atlanta train (Photo by Josh Hallett via Flickr)

The Metropolitan Atlanta Rapid Transit Authority (MARTA) is looking to swap out its entire fleet of train cars for roomier, more accessible, and more versatile vehicles that could be powered both by electrified third rails and by overhead wires. The current system runs on the former, but according to Railway Age, future extensions of MARTA routes could rely on the latter.

With Atlanta’s train cars now over 30 years old, MARTA has put out two requests for information: one for new cars, and one for extending the life of the old ones until new ones are procured. MARTA’s train cars are currently “married pairs” — two cars permanently conjoined. With the new car RFI, the agency is also interested in hearing about options like triplets and open gangways, a concept New York City recently announced it would test. MARTA is also looking to improve accessibility, perhaps by color-coding or otherwise making priority seating more visible and easy to locate from any door. And the new cars will need to meet updated ADA standards, particularly for communicating with passengers with hearing impairments.

Though all of MARTA’s 216 cars received mid-life overhauls between 2005 and 2008, they’ll reach the end of their life spans in 2021. The RFI for “life extension” is seeking a company to replace and check many vital elements of the cars — including HVAC, doors and electricity — so they can last past 2021 until new cars are procured. Solicitations for the new car RFI are due by April 2017, and a contract will be awarded around November 2017. MARTA also expects to award a contract for the older car extension in 2017.

UPDATE: An earlier version of this article incorrectly stated that MARTA was interested in trains that could run both on regional rail lines and as streetcars. This is not the case.