Are Food Deserts an Urban Legend? Study Says… – Next City 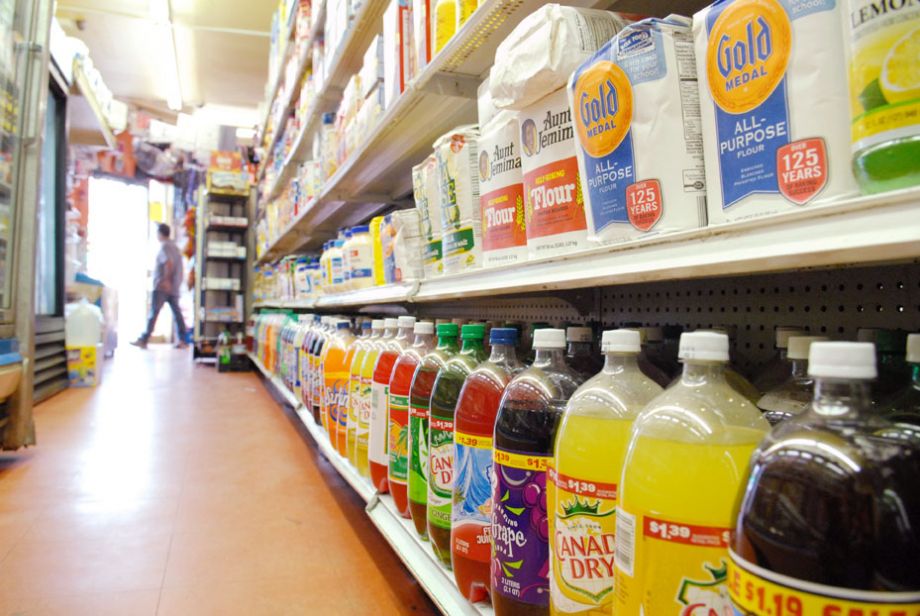 Bodegas: Not fast food, but not healthy food, either. Credit: Andy Cook

Yesterday, the New York Times ran a front-page story on two recent studies that challenge some widely held notions about “food deserts,” or poor urban areas that lack healthy food options nearby. One study, by the Public Policy Institute of California, found that when compared to wealthier neighborhoods, poorer ones “had nearly twice as many supermarkets and large-scale grocers per square mile.” The other, courtesy of the RAND Corporation, goes so far as to say that there’s “no robust relationship between food environment and consumption” — implying that people living in impoverished areas could easily adopt healthy eating habits, but choose not to.

We spoke to Allison Karpyn, Ph.D., director of research and evaluation for the Food Trust, about the research highlighted in the Times article and why not every grocery store — or study on grocery stores — is created equal.

Next American City: As a researcher who has observed a correlation between healthier eating and food access, were you surprised by the Public Policy Institute of California and RAND Corporation studies? Do you have any comments on their methodology?

Allison Karpyn: Well, yes. To start off, the Public Policy Institute of California study baseline sample size was 20,000. In the end, they could only analyze 7,000 because it was a longitudinal study and many of the children didn’t remain in the study sample. The authors admitted that the kids that stayed in the study were more likely to be of higher socio-economic status than the original baseline sample or more broadly, kids across America. The kids in the sample were more likely to come from dual-parent households, more likely to have parents with higher levels of education and more likely to be white. [This disclaimer, given on page three of the study states:“Compared to children who were in the kindergarten (baseline) wave but lost to follow-up, children who remained in the kindergarten-fifth grade panel were more likely to be white, older at kindergarten entry age, live in a rural residence, come from a dual-parent family, live in a household with fewer children, and have mothers with slightly higher educational levels, but they are not significantly different in their BMI at baseline.”]

NAC: And the RAND study?

Karpyn: With the RAND study, the researchers asked the participants to tell how many fruits or vegetables were consumed in a day. That’s a bit unusual to ask a study participant to calculate the amount of fruit or vegetables consumed rather than use a index or scale to determine diet. If you asked me how many servings of fruit or vegetables I ate yesterday, I am pretty sure I’d be wrong. Think about a teenager. The younger you are, the less reliable the memory, especially where food is concerned.

One of the other issues with both studies is the lack of control for quality of store. Or what I call the contextual factor of shopping, when it comes to supermarkets. I know for myself they are not all equal. Some are higher priced. In some grocery stores, the smell from the fish is so bad you almost can’t stand to be in there. Sometimes there is produce but it is has been there for too long, or is damaged. So the quality of store can be very different though all considered to be supermarkets. Without a control for quality of supermarket, the data showing the existence of the supermarket is less meaningful.

NAC: Has anyone done research that does tease out for those issues of food quality and price access?

Karpyn: Yes. There has been significant research done using nutritional and environmental measures. Karen Glanz, Ph.D. MPH, who is now at Penn, has done significant work looking at price, availability, quality and access. So I think what we are bumping up against [with the RAND and Public Policy Institute of California study] is the reality that how people shop and how they eat is nuanced. Attempts to glaze over that and reduce nuance may also reduce perceived impact.

NAC: So what is your takeaway from the RAND and PPIC findings that food access isn’t an issue?

Karpyn: These studies certainly contribute to our understanding of how to conduct research, but in recent years, some 200 studies have shown, broadly speaking, that accessing healthy foods is a challenge for many Americans. The majority demonstrate a correlation between this access issue, and healthier eating. These studies buck the trend and because they are counter to the prevailing research, they are newsworthy. I would hope, however, that readers do not arrive at the conclusion that there is indeed no correlation between healthier eating and food access. There is too much evidence in the other direction.

Later today, Next American City will run a Daily post featuring a series of photos depicting Philadelphia’s Brewerytown neighborhood, home to our office and a food desert in its own right. We hope the images will give a ground-level view of what it’s like to go food shopping in an area like this.